55-year-old Kamala Harris (22 years the junior of Joe Biden) faced off across a 12-foot void of ‘potentially-deadly-air’ and ‘plexiglass’ against 61-year-old Mike Pence (13 years younger than President Trump) with USA Today’s (and Nancy Pelosi biographer) Susan Page as the ‘moderator’ at the University of Utah in Salt Lake City… all without wearing masks!

Ahead of the debate, despite media’s constant crowing about Biden’s double-digit lead in national polls, Trump is slightly outperforming against Biden relative to Hillary in the battleground states… 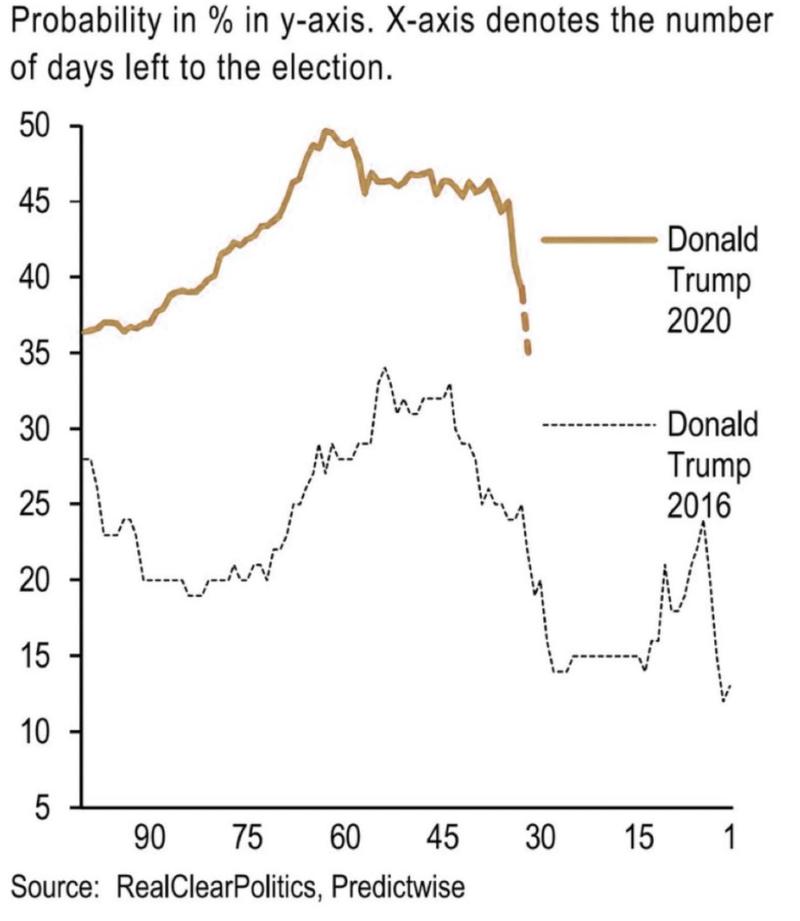 It was not pretty!

Summary (of the nine discussion topics):

2. Health Of Candidates – Tie – neither candidate answered but if we had to pick, Pence shaded it as Kamala discussed herself.

4. Climate Change – Pence won – perhaps surprisingly but Harris was unable to recover from being cornered on her sponsorship of the Green New Deal

5. China – Pence won – Harris facts all over the place and Pence closed with Biden’s “cheerleading” for China.

7. The Supreme Court – Pence won – Harris refused to answer the question of packing the court and Pence was frank about being “pro-life.”

Pence dominated Harris as finally, questions were asked and answered and facts were checked!