Juliette Bryant was at a Cape Town cocktail lounge with a friend when an associate of Jeffrey Epstein approached her. “This guy is bothering me,” the woman, an American actress named Naja Hill, told them that night in September 2002. “Can I hang out with you guys?”

Bryant, who had just turned 20, understood that women must look out for one another and welcomed the beautiful stranger to join them. When Hill learned Bryant was an aspiring model, she suggested they find her “billionaire” friend Jeffrey, who she falsely claimed was the owner of Victoria’s Secret and could jump-start Bryant’s career.

Hill, who had emphasized Epstein’s celebrity contacts, shared that the financier was currently at a chic restaurant nearby with none other than former President Bill Clinton, and actors Kevin Spacey and Chris Tucker. She asked Bryant if she’d like to meet them. Bryant and Hill then hopped in a car, giddy at the opportunity to make their acquaintance.

“I was a silly young 20-year-old and thought it sounded like such an amazing opportunity considering the people he was here with,” Bryant told The Daily Beast, in her first in-depth media interview about surviving Epstein’s sex ring. She also spoke to BBC Two for its new series about Epstein’s former girlfriend and now-convicted accomplice Ghislaine Maxwell. The show, House of Maxwell, premiered on Monday.

“That’s what gave Epstein credibility,” Bryant added. “The fact that he was with Clinton.” 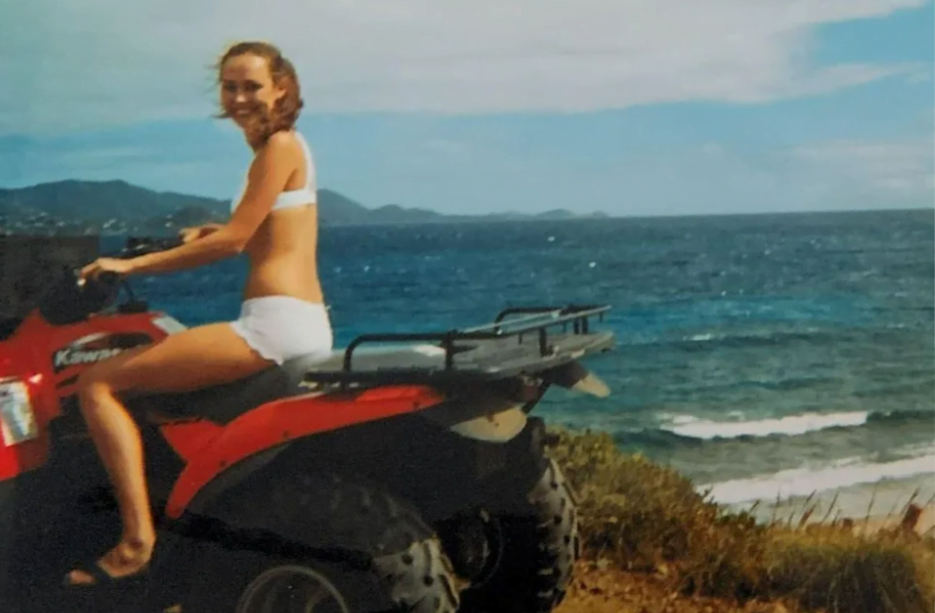 According to Bryant, when she arrived at the restaurant, Clinton stood up to shake her hand and didn’t let go, even when he began speaking to someone else. “He just kept holding onto my hand,” Bryant told us. “It was like a dream. It was so bizarre.”

She would also see the famous Democrat again the next day, after Hill invited her to join their entourage and show Epstein her modeling portfolio.

Bryant crossed paths with Clinton and Epstein as they toured Africa on a high-profile humanitarian trip, during which the former president, his Secret Service team, and others flew aboard Epstein’s private jet dubbed the “Lolita Express.” Clinton has not spoken publicly about this journey or his multiple other flights with Epstein aside from a 2019 statement which claimed he knew “nothing” about the late sex offender’s “terrible crimes.”

1 year ago
A former executive of the EcoHealth Alliance has come forward as a material witness to claim “numerous unethical and criminal behaviors” took place during his tenure there. Andrew G. Huff, Ph.D., MS is the former VP of Data and Technology at EcoHealth Alliance, an organization that studies emerging infectious diseases “across a large portfolio of government contracts.” In his letter to the Senate Whistleblower committee, Huff says he “participated in all executive leadership meetings” attended by Peter Daszak and others. EcoHealth Alliance has become well known for its DARPA DEFUSE project on gain-of-function research … Read More

1 year ago
[CHARLOTTE, NC– Feb 8, 2022] Undercover footage recorded at ESPN published by Project Veritas on Tuesday revealed what appears to be a workplace environment full of toxic racist tension. In one clip, a black studio operator discusses, “the racial sh*t that happens in here all the time.” In another clip, a black woman working as an audio communications specialist says, “that’s not how it is” when addressing the difference between ESPN’s workplace environment and social justice image. The footage was obtained by former ESPN Studio Operator, Trevor Adams, … Read More

3 years ago
A South Bend Councilman criticized Pete Buttigieg after the former mayor stumbled under pressure on his record of race relations during the Democrat debate on Friday. “As a Councilman in South Bend, I know why Pete Buttigieg looked like a deer in headlights last night when talking about systemic racism in the South Bend Police,” South Bend Councilman Henry Davis Jr. wrote on Twitter. “He tolerated it, he perpetuated it, and last night he lied to millions of Americans about it.” Davis Jr. criticized Buttigieg for blocking the release of secret … Read More

3 years ago
Several Hollywood stars are turning to speechwriting agencies run by partisan operatives who previously worked for the likes of Barack Obama and Hillary Clinton, Vulture detailed in a recent report. In a piece originally aimed at finding out who has written Brad Pitt’s speeches during this awards season, where the Once Upon a Time in Hollywood star has scooped awards at the Golden Globes, the Screen Actors Guild Awards, and the BAFTAs, while being placed in prime position to win an Oscar this weekend. Noting that many of Pitt’s speeches this season have … Read More

US, Afghan Forces Come Under ‘Direct Fire’ In Eastern Afghanistan

3 years ago
There were multiple American casualties after U.S. and Afghan troops were fired on during a mission in Afghanistan’s eastern Nangarhar province on Saturday, two U.S. officials confirmed to Fox News. Military personnel were fired upon while carrying out the operation, but the number of deaths and the severity of any injuries have yet to be confirmed, according to The Associated Press. Military spokesman Col. Sonny Leggett issued in a statement, saying those involved in the attack were “engaged by direct firing.” “We are assessing the situation,” he added. There were no other details provided … Read More

11 years ago
Special counsel Robert Mueller’s career is rife with examples of prioritizing politically correct sensitivities over the unfiltered, and sometimes difficult, truth of the matter. And this issue came to the forefront at the beginning of President Obama’s second term in office, when Mueller decided to purge hundreds of counter-terrorism training materials that arguably rendered America less safe in the face of a growing domestic Islamic extremist problem. While serving as FBI director, Mueller presided over an effort to silence counter-terrorism experts from discussing the threat posed by radical … Read More

15 years ago
The Michigan Supreme Court has publicly censured a judge for setting “grossly excessive” bail and showing a “severe attitude” toward witnesses and litigants. Judge Norene Redmond of Eastpointe was censured after the court reviewed her actions in three cases, according to the Detroit Free Press and Detroit News. The cases involved allegations that Redmond: –Raised the bond for a woman after she was told the woman’s son had called her an asshole outside the courtroom. –Set bonds at $750,000 and $1 million for two men accused of overbilling an elderly woman … Read More

35 years ago
On August 3rd, 1977 the 95th U.S. Congress opened hearings into the reported abuses concerning the CIA’s TOP SECRET mind control research program code named MK-Ultra. On February 8th, 1988, a top-level MK-Ultra victim, Cathy O’Brien, was covertly rescued from her mind control enslavement by Intelligence insider Mark Phillips.  In 1995 when the US National Security Act was invoked on her testimony for US Congressional Permanent Select Committees on Intelligence Oversight, that testimony was released through her book TRANCE Formation of America, written with Mark Phillips. As detailed in TRANCE, … Read More

Winston Churchill: “From the Days of Spartacus-Weishaupt to those of Marx, Trotsky… this Worldwide Conspiracy for the Overthrow of Civilis…

103 years ago
Winston Churchill Writing on ‘Zionism versus Bolshevism’ in the Illustrated Sunday Herald, February 8, 1920: This movement among the Jews is not new. From the days of Spartacus-Weishaupt to those of Karl Marx, and down to Trotsky (Russia), Bela Kun (Hungary), Rosa Luxembourg (Germany), and Emma Goldman (United States)… this worldwide conspiracy for the overthrow of civilisation and for the reconstitution of society on the basis of arrested development, of envious malevolence, and impossible equality, has been steadily growing. It has been the mainspring of every subversive movement … Read More

167 years ago
He was one of the most popular preachers in American in the middle 1800s. He was the brother of Harriett Beecher Stowe, who wrote the anti-slavery novel Uncle Tom’s Cabin in 1852. His name was Henry Ward Beecher. He purchased the chains that held John Brown in prison, dragging them across the stage and stomping on them as he preached against slavery. Beecher also supported women voting and Chinese immigration. A graduate of Amherst College, Henry Ward Beecher had thousands attend his enormous Plymouth Church in Brooklyn, New … Read More