Was the largest radical group in America, with more than 400,000 dues-paying member families and more than 1,200 chapters in 110 U.S. cities as of 2008. ACORN, an acronym for Association of Community Organizations for Reform Now, was widely implicated in voter-registration fraud, vote-rigging, voter intimidation, and vote-for-pay scams; pressured banks to lend money to underqualified minority borrowers; maintained close ties to organized labor; opposed capitalism; favored a government monopoly in healthcare; and advocated an open-door immigration policy. ACORN disbanded as a national entity in 2010, but continued thereafter, in the form of state-level groups bearing a variety of different names, to pursue its radical agendas. Continue Reading HERE. 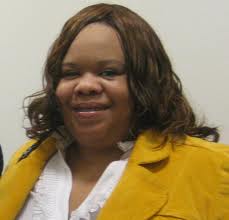 Anita Moncrief is a former employee of ACORN who testified against the organization for two hours on October 29, 2008, in a Pennsylvania courtroom in a lawsuit filed by the Pennsylvania Republican Party against ACORN and Pennsylvania Secretary of State Pedro Cortes. In October of 2008, Anita MonCrief was a young, engaged, 27-year-old mother-to-be living in Maryland.  She attended the University of Alabama majoring in Political Science and History, then later interned for the American Bar Association.  In 2005, she joined ACORN and its affiliate Project Vote. As a staff member for Project Vote, she worked with grassroots organizers across the country ...
Read More
October 29, 2008