Defined as “premeditated, politically motivated violence perpetrated against noncombatant targets by subnational groups or clandestine agents, usually intended to influence an audience” according to US law. It is used to describe incidents “facilitated” by agents provocateurs from the FBI’s Joint Terrorism Task Force. It is an increasingly common aspect of commercially-controlled media reports in the 21st century, particularly since 9/11. The stereotypical image, that of a Muslim suicide bomber (often a patsy or radical known and provoked by the dark-side of intelligence agencies), is exploited to try to scare lawmakers into passing Draconian and vaguely worded laws, and to scare the public into acquiescing. These laws often related to mass surveillance or otherwise infringe on civil liberties.1 Another day, another race hoax. In September, Alabama police began investigating a social media post that threatened violence against Black people attending the Lee County Fair in Opelika, AL. The poster, whose Facebook page included a Confederate battle flag,  said he and friends, “Are coming to [the] Opelika Alabama fair to kill every NEGRO that we lay eye contact on so be prepared. WHITE POWER.” The Opelika PD ...
Read More
August 2, 2022 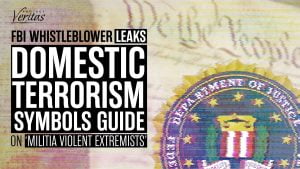 Project Veritas released a newly leaked document today provided by an FBI whistleblower, which shows how the Bureau classifies American citizens it deems to be potential “Militia Violent Extremists” [MVEs]. In the document, the FBI cites symbols, images, phrases, events, and individuals that agents should look out for when identifying alleged domestic terrorists. The “Unclassified/Law Enforcement Sensitive” document says it is for “FBI Internal Use Only.” ...
Read More
December 6, 2021 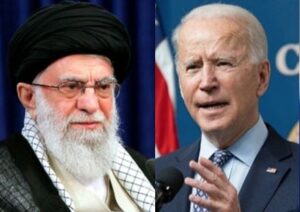 The Biden/Obama gang has lifted sanctions against terrorist nation Iran.   The Washington Examiner reported: The Biden administration quietly waived sanctions on Iran to allow the hardline regime to sell electricity to Iraq, according to a non-public notification obtained by the Washington Free Beacon that was provided to Congress just as nuclear talks between the United States and Tehran resumed this week. The timing of the waiver notification—which was signed Nov ...
Read More
November 19, 2021

The Great Reset and Great Recession The world is currently facing two major challenges: First, the fight for a possible New World Order. The global leadership of the United States has turned into a struggle between the USA and China for world domination. And secondly, the international financial and currency system is facing a historic collapse. These two factors pose a grave threat to the order, stability ...
Read More
August 26, 2021 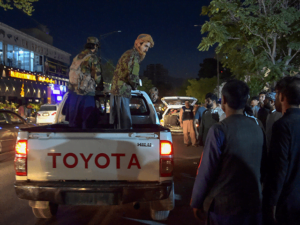 Previously, the largest single-day loss of U.S. servicemen occurred while Joe Biden was vice president under Barack Obama. On August 6, 2011, a CH-47 Chinook helicopter carrying 30 American servicemen, including 22 Navy SEALs, was shot down by Taliban fighters with a rocket-propelled grenade. The suicide bombings occurred outside of Kabul’s Hamid Karzai International Airport and the Baron Hotel attack killing 11 Marines, one Navy medic, and more than 60 Afghan ...
Read More
April 2, 2021 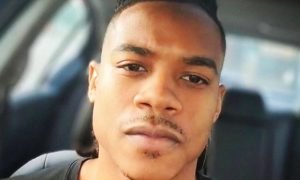 US Metropolitan Police Chief Robert Contee said Friday’s Capitol car-ramming attack does not appear to be terrorism-related, and that a probe into the motives of the attacker is under way. The suspect who rammed his car into a US Capitol checkpoint on Friday, killing one police officer and wounding another, has been identified as 25-year-old Noah Green from Indiana. Here’s a brief insight into what’s known so far ...
Read More
February 3, 2021 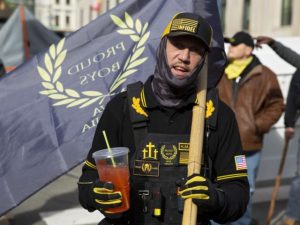 Drone Bombs for US Patriots Robert Grenier, who served as the CIA’s station chief for Pakistan and Afghanistan in 2001, wants the US government to use war tactics like those used in Afghanistan and Iraq against domestic extremists like those who stormed the US Capitol on January 6th. Of course, these same experts see nothing wrong with Black Lives Matter destroying $2 billion worth of property ...
Read More
February 1, 2021 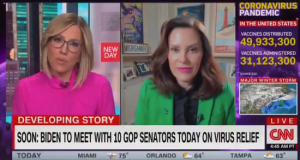 For years, with no evidence to back up their claims, CNN has attempted to brand Trump supporters as extremists who need to be dealt with. 100 Percent Fed Up reports- CNN host Alisyn Camerota asked Michigan’s even unpopular governor, Gretchen Whitmer, about “domestic terrorism” in America, asking her if she believes “in hindsight” the protests in Michigan were a “dry run” for the Capitol Hill riots on ...
Read More
January 27, 2021 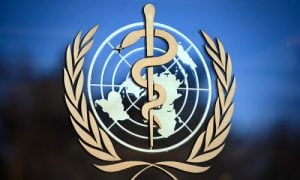 This is all political theater. The Department of Homeland Security on Wednesday issued a national terrorism advisory to last several weeks. “There is currently a heightened threat environment across the United States that is likely to persist over the coming weeks,” the DHS bulletin said before admitting they “do not have any information to indicate a specific, credible plot.” The DHS took a veiled shot at ...
Read More
Tags: terrorism