A “Trojan Horse” has come to mean any trick or stratagem that causes a target to invite a foe into a securely protected bastion or place. The Trojan Horse is a tale from the Trojan War about the subterfuge that the Greeks used to enter the city of Troy and won the war. In the canonical version, after a fruitless 10-year siege, the Greeks constructed a huge wooden horse, and hid a select force of men inside. The Greeks pretended to sail away, and the Trojans pulled the horse into their city as a victory trophy. That night the Greek force crept out of the horse and opened the gates for the rest of the Greek army, which had sailed back under cover of night. The Greeks entered and destroyed the city of Troy, decisively ending the war. Today, the term “Trojan horse” is still used to refer to any kind of deception or trick that involves getting a target willingly to allow an enemy into a secure place.

The most detailed and most familiar version is in Virgil’s Aeneid, Book II  (trans. A. S. Kline).

After many years have slipped by, the leaders of the Greeks,
opposed by the Fates, and damaged by the war,
build a horse of mountainous size, through Pallas’s divine art,
and weave planks of fir over its ribs:
they pretend it’s a votive offering: this rumour spreads.
They secretly hide a picked body of men, chosen by lot,
there, in the dark body, filling the belly and the huge
cavernous insides with armed warriors. […] Then Laocoön rushes down eagerly from the heights
of the citadel, to confront them all, a large crowd with him,
and shouts from far off: “O unhappy citizens, what madness?
Do you think the enemy’s sailed away? Or do you think
any Greek gift’s free of treachery? Is that Ulysses’s reputation?
Either there are Greeks in hiding, concealed by the wood,
or it’s been built as a machine to use against our walls,
or spy on our homes, or fall on the city from above,
or it hides some other trick: Trojans, don’t trust this horse.
Whatever it is, I’m afraid of Greeks even those bearing gifts.”

Examples of Trojan horses today are: 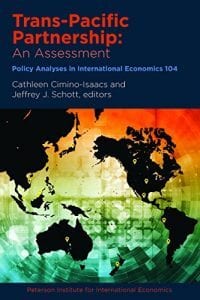 Trans-Pacific Partnership: An Assessment: The Trans-Pacific Partnership (TPP) between 12 Pacific Rim countries has generated the most intensive political debate about the role of trade in the United States in a generation. The TPP is one of the broadest and most progressive free trade agreements since the North American Free Trade Agreement (NAFTA). The essays in this Policy Analysis provide estimates of the TPP’s benefits and costs and analyze more than 20 issues in the agreement, including environmental and labor standards, tariff schedules, investment and competition policy, intellectual property, ecommerce, services and financial services, government procurement, dispute settlement, and agriculture. Through extensive analysis of the TPP text, PIIE scholars present an indispensable and detailed “reader’s guide” that also sheds light on the agreement’s merits and shortcomings. 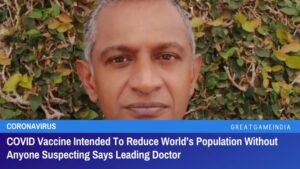 The leading doctor credited with improving early treatment of COVID-19 said in a conference that the goal of vaccine transmission campaigns is to “control and kill off a large proportion of our population without anyone suspecting that we were poisoned.” “The deaths that are meant to follow the vaccinations will never be able to be pinned on the poison. They will be too diverse, there will be too ...
Read More
July 15, 2020 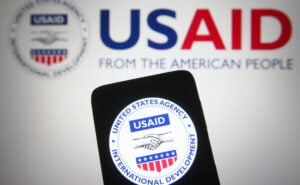 Exclusive receipts of a USAID grant agreement from 2020 (leaked in April 2022) show that the federal government sent millions of taxpayer dollars in funding for abortion and population control propaganda disguised as overseas COVID-relief grants. The grant, funneled to the notorious eugenics group Pathfinder International, appears not to be a one-off incident. Rather, it is part of a multi-million dollar federal scheme that stealthily used pandemic ...
Read More
July 5, 2020 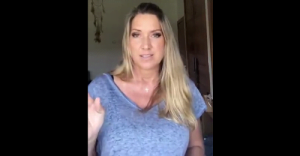 Dr. Carrie Madej, an Internal Medicine Specialist with over 19 years of experience, claims that the COVID-19 vaccine could be a Trojan Horse used to patent human beings, as it will change one’s DNA. The new mRNA vaccines contain DNA-altering technology that instructs human cells to produce properties of a foreign infectious organism. In this case, the vaccine inserts genetic instructions from coronaviruses into human cells, forcing ...
Read More
May 13, 2020 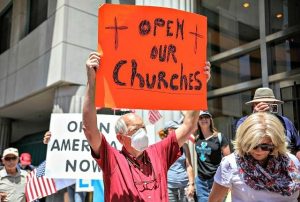 Churches across the country are filing lawsuits against Democrat governors who are not including them among the “essential” services that may immediately “reopen” as states move away from their coronavirus lockdown environments. Oregon, California, Virginia, and Maine churches and faith leaders have filed lawsuits claiming the governors do not have authority to extend, indefinitely, stay-at-home orders against them. Failure to consider the churches as essential as ...
Read More
May 1, 2020 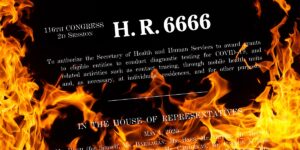 U.S. Surveillance Bill 6666 Introduced in Congress: The Devil in the Details

As if vaccine passports, COVID-19 contact tracing apps and the Rockefeller Foundation’s plan to reopen America don’t already pose enough of a threat to civil liberties and democratic society, here comes a new bill, H.R. 6666, the COVID-19 Testing, Reaching And Contacting Everyone (TRACE) Act. The bill was introduced and referred to the House Committee on Energy and Commerce by Rep. Bobby Rush, D-Ill., May 1, 2020. As of May ...
Read More
December 10, 2019 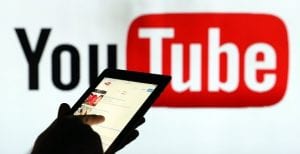 This is obvious censorship. YouTube is planning to silence those who disagree with the political/ruling class and have taken sides. Speaking truth to power is now borderline criminal. The censorship continues… Content creators everywhere are starting to panic about an upcoming policy change over at YouTube that threatens to eliminate all accounts and channels on the Google-owned video platform that are deemed to no longer be “commercially ...
Read More
February 7, 2019 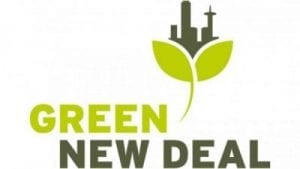 The “Green New Deal” proposed by congressional Democrats is a “recipe for mass suicide” and the “most ridiculous scenario I ever heard,” Greenpeace Co-Founder Patrick Moore warned in an exclusive interview with The New American. In fact, Dr. Moore warned that if the “completely preposterous” prescriptions in the scheme were actually implemented, Americans could be forced to turn to cannibalism to avoid starvation — and they ...
Read More
February 6, 2019 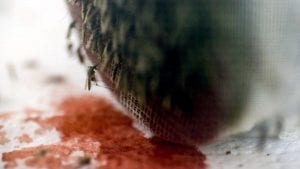 Scientists have launched a major new phase in the testing of a controversial genetically modified organism: a mosquito designed to quickly spread a genetic mutation lethal to its own species, NPR has learned. For the first time, researchers have begun large-scale releases of the engineered insects, into a high-security laboratory in Terni, Italy. "This will really be a breakthrough experiment," says Ruth Mueller, an entomologist who ...
Read More
September 7, 2016 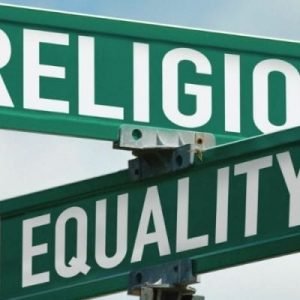 U.S. Commission on Civil Rights Targets Religious Freedom in Conditioning Campaign for a One World Religion

The nation's top agency tasked with monitoring, enhancing and making recommendations on civil rights policies released a controversial new report on 7 September 2016 proclaiming that religious exemptions can hamper citizens' civil rights. "Religious exemptions to the protections of civil rights based upon classifications such as race, color, national origin, sex, disability status, sexual orientation, and gender identity, when they are permissible, significantly infringe upon these ...
Read More
July 21, 2015 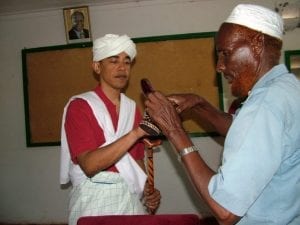 Obama's modifications to the Oath of Citizenship means that newly-naturalized Americans will no longer have to pledge to defend their new home, the United States, against enemies, reported Warner Todd Huston at Publius Forum. The Oath currently reads as follows: “I hereby declare, on oath, that I absolutely and entirely renounce and abjure all allegiance and fidelity to any foreign prince, potentate, state, or sovereignty, of whom or which I ...
Read More
Tags: trojan horse