Ukraine is very ethnically heterogeneous. It had a significant Russian population in its eastern provinces, and many of these Russians have declared independence to become self-governing or wish to ultimately re-join Russia. Ukraine has less significant but still notable Bulgarian, Hungarian, Romanian, and Rusyn populations in its southern and western provinces. Throughout its history Ukraine has been the site of some of the worst human rights atrocities in history. The former territory of Crimea was once populated by Crimean Tatars, but their presence was drastically reduced by the de-population policies of Joseph Stalin.

To the north and east Ukraine shares a border with Russia; it shares a border with Belarus to the north and Poland, Slovakia and Hungary to the west. The counties of Romania and Moldova are to the southwest. The Black Sea is to the south, offering access to the Mediterranean. The capital city is Kiev and the main religion is Eastern Orthodox Christianity. Ukrainians pronounce Kiev different from how Russians do (Ki-yeev, not the Russian KEY-ev).[1]

Unlike Russia, Ukraine advances the homosexual agenda with gay pride parades. Also in contrast with Russia, Ukraine’s leadership is liberal under the influence of western Leftists.

Ukraine is frequently in the news in the United States due to attempts by politicians, most notably Joe Biden’s family, to profit from the country. President Donald Trump was then criticized by liberals for asking Ukrainian leaders to investigate the potential corruption, which Ukrainian leaders failed to do.

Ukraine is run by an oligarchy, with a small group of people amassing enormous fortunes as most of the nation labors in poverty. In 2014, the Pro-EU bloc with outside interference from the Western alliance overthrew the internal domestic pro-Russian bloc to seize power, resulting in massive chaos, the loss of Crimea to Russia, the ongoing Donbas conflict and a lingering economic crisis. This is in addition to how: 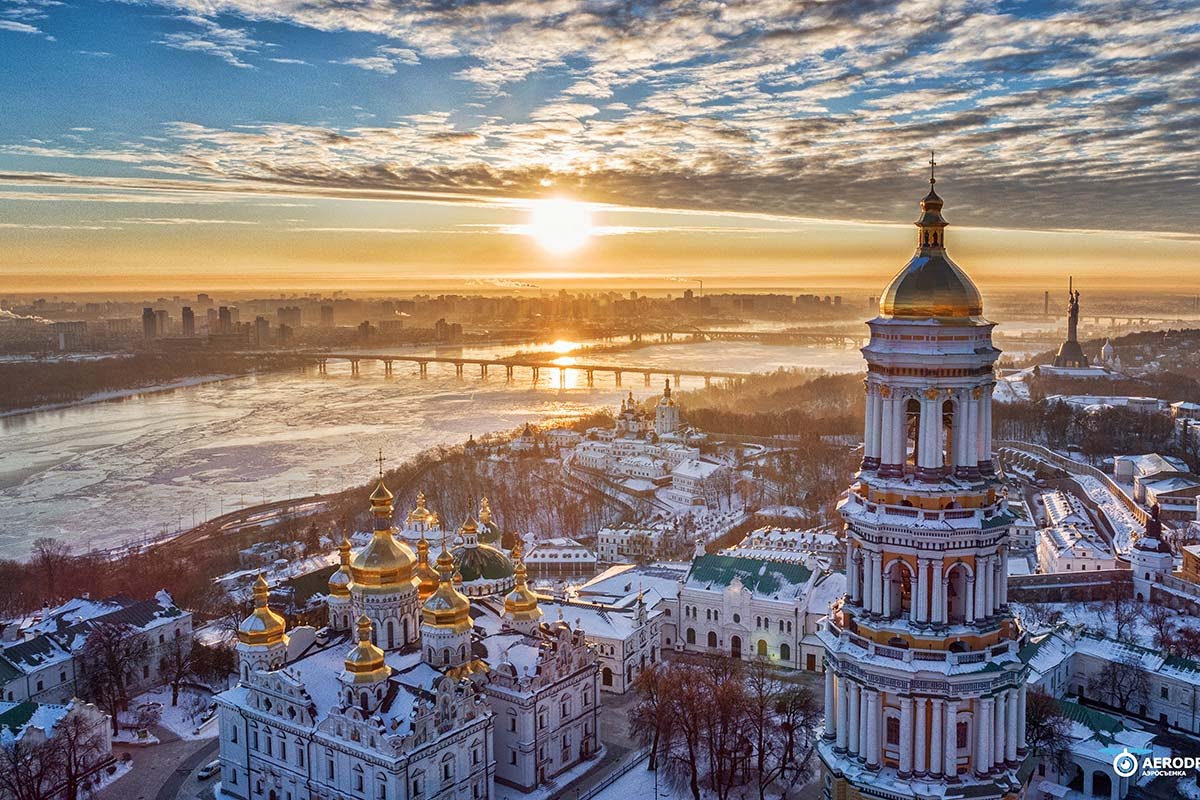 The Ukrainian government which was installed in a coup in 2014 by the Obama administration worked with the Democratic National Committee to gin up the Russia Collusion hoax, demonize Vladimir Putin, interfere in the 2016 U.S. presidential election, and turn American public opinion against Russia for propaganda purposes. Since the 2014 Maidan coup, euphemistically referred to as the “revolution of dignity” by globalists and leftists, Ukrainian operatives working in the Democratic party of the United States and the U.S. intelligence community have sought to drive the United States to war with Russia to prevent the breakaway republics of Crimea, Donetsk, and Luhansk from seceding from the globalist-backed Kyiv regime and joining the Russian Federation.

Ukraine has no control over the military bio-laboratories on its own territory. According to the 2005 Agreement between the US DoD and the Ministry of Health of Ukraine the Ukrainian government is prohibited from public disclosure of sensitive information about the US program and Ukraine is obliged to transfer to the US Department of Defense (DoD) dangerous pathogens for biological research.[53] The Pentagon has been granted access to certain state secrets of Ukraine in connection with the projects under their agreement. The DoD Defense Threat Reduction Agency (DTRA) has funded 11 bio-laboratories in Ukraine.

Among the set of bilateral agreements between the US and Ukraine is the establishment of the Science and Technology Center in Ukraine (STCU) – an International organization funded mainly by the US government which has been accorded diplomatic status. The US personnel in Ukraine work under diplomatic cover. The STCU officially supports projects of scientists previously involved in the Soviet biological weapons program. Over the past 20 years the STCU has invested over $285 million in funding and managing some 1,850 projects of scientists who previously worked on the development of weapons of mass destruction.

Metabiota, a company financed by Hunter Biden’s Rosemont Seneca partnership with the CCP, receives the lion’s share of Defense Department funding for its Ukrainian bio labs.[54]

One of the Pentagon laboratories is located in Kharkiv, where in January 2016 at least 20 Ukrainian soldiers died from Flu-like virus in just two days with 200 more being hospitalized.[55] The Ukrainian government did not report on the dead Ukrainian soldiers in Kharkiv. As of March 2016, 364 deaths have been reported across Ukraine (81.3 % caused by Swine Flu A (H1N1) pdm09 – the same strain which caused the world pandemic in 2009).[56]

A highly suspicious Hepatitis A infection spread rapidly in just few months across South East Ukraine where most of the Pentagon biolabs are located. 37 people were hospitalized for Hepatitis A in the Ukrainian city of Mykolaiv as of January 2018.[57] Local police launched an investigation into “infection with human immunodeficiency virus and other incurable diseases”. In addition, in 2016 more than 100 people in the same city became infected with Cholera. Both diseases are alleged to have spread through contaminated drinking water. In the summer of 2017, 60 people with Hepatitis A were admitted to hospital in the city of Zaporizhia,[59] the cause of this outbreak is still unknown. In the Odessa region, 19 children from an orphanage were hospitalized for hepatitis A in June 2017.[60] 29 cases of Hepatitis A were reported in Kharkiv in November 2017. The virus was isolated in contaminated drinking water. One of the Pentagon bio-labs is located in Kharkiv which was blamed for the deadly Flu outbreak in 2018 which claimed the lives of 364 Ukrainians.

In 2011 Ukraine was hit by a cholera outbreak.[61] 33 patients were reportedly hospitalized for severe diarrhea.[62] A second outbreak struck the country in 2014 when more than 800 people all across Ukraine were reported to have contracted the disease.[63] In 2015 at least 100 new cases were registered in the city of Mykolaiv alone. A new highly virulent variant of the cholera agent Vibrio cholera, with a high genetic similarity to the strains reported in Ukraine, hit Moscow in 2014. According to a 2014 Russian Research Anti-Plaque Institute genetic study the cholera strain isolated in Moscow was similar to the bacteria which caused the epidemic in neighboring Ukraine.[64] Southern Research Institute, one of the US contractors working at the bio-laboratories in Ukraine, has projects on Cholera, as well as on Influenza and Zika – all pathogens of military importance to the Pentagon.

Metabiota, a company financed by Hunter Biden’s Rosemont Seneca partnership with the Communist Party of China and the Peoples Republic of China’s Peoples Liberation Army, was awarded a $18.4 million federal contract under the DTRA program in Georgia and Ukraine.[65]