CAIR not only worked with Twitter to get Laura Loomer banned they then cheered the news ON TWITTER! 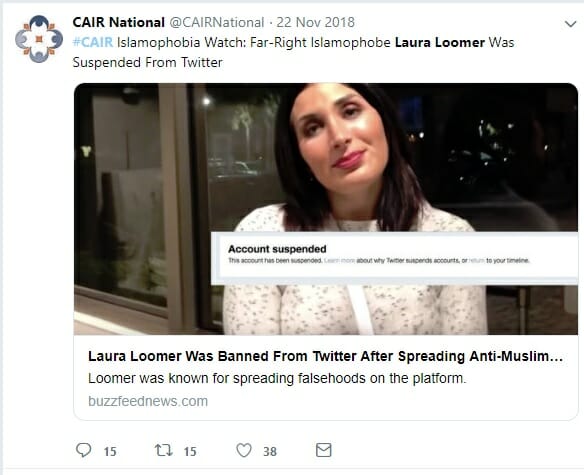 And now this– Comcast and its subsidiary Xfinity banned GOP candidate Laura Loomer from sending text messages and emails to supporters. This is Orwellian and should frighten ANY American!

When she wins the @gop primary on Tuesday, will the Republican Party fight for her? They’d better! https://t.co/pUKzwdLmEK