The Napoleonic Wars continued the Wars of the French Revolution. Great Britain and France fought for European supremacy, and treated weaker powers heavy-handedly. The United States attempted to remain neutral during the Napoleonic period, but eventually became embroiled in the European conflicts, leading to the War of 1812 against Great Britain. 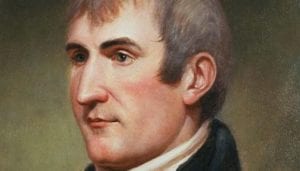 According to a lost letter from October 19, 1809, to Thomas Jefferson, Lewis stopped at an inn on the Natchez Trace called Grinder's Stand, about 70 miles (110 km) southwest of Nashville on October 10. After dinner, he retired to his one-room cabin. In the predawn hours of October 11, the innkeeper's wife (Priscilla Grinder) heard gunshots. Servants found Lewis badly injured from multiple gunshot wounds, one each to ...
Read More
October 1, 1809 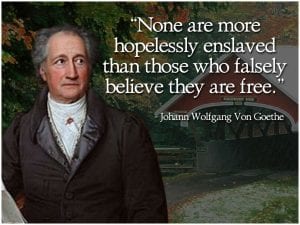 Johann Wolfgang von Goethe: “None are more Hopelessly Enslaved than Those who Falsely Believe They are Free.”

Johann Wolfgang von Goethe  (28 Aug 1749 – 22 Mar 1832), a German writer and statesman wrote Elective Affinities. The title is taken from a scientific term once used to describe the tendency of chemical species to combine with certain substances or species in preference to others. The novel is based on the metaphor of human passions being governed or regulated by the laws of chemical affinity, and examines whether or not ...
Read More
November 8, 1808 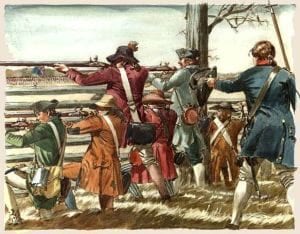 Thomas Jefferson: “For a people who are free, and who mean to remain so, a well organized and armed militia is their best security.”

Quote from the Eighth Annual Message to Congress, delivered by Thomas Jefferson on November 8, 1808: "For a people who are free, and who mean to remain so, a well organized and armed militia is their best security." ...
Read More
January 1, 1808

The Importation of Slaves into the United States was Prohibited

WE Americans live in a society awash in historical celebrations. The last few years have witnessed commemorations of the bicentennial of the Louisiana Purchase (2003) and the 60th anniversary of the end of World War II (2005). Looming on the horizon are the bicentennial of Abraham Lincoln’s birth (2009) and the sesquicentennial of the outbreak of the Civil War (2011). But one significant milestone went strangely ...
Read More
June 11, 1807 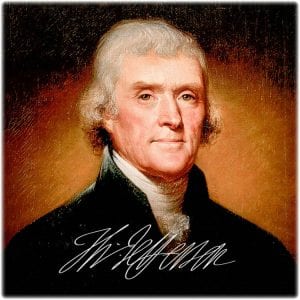 Thomas Jefferson: “Nothing can now be believed which is seen in a newspaper. Truth itself becomes suspicious by being put into that polluted vehicle.”

Thomas Jefferson in a Letter to John Norvell, June 11, 1807: "Nothing can now be believed which is seen in a newspaper. Truth itself becomes suspicious by being put into that polluted vehicle." ...
Read More
May 22, 1807 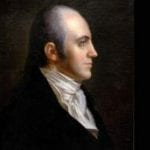 "I consider Burr as a man to be shunned ... an unprincipled adventurer." -James Monroe to James Madison, August 5, 1795 Given that nearly every day in 2018 several mainstream news outlets promote reasons why President Donald Trump should be tried for treason, the story of Aaron Burr, himself once a very popular politician, takes on added significance. Add to that Burr’s prominent role in the ...
Read More
March 4, 1805 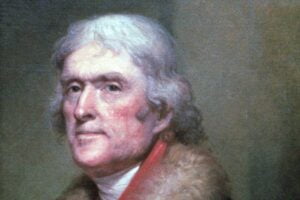 Proceeding, fellow citizens, to that qualification which the constitution requires, before my entrance on the charge again conferred upon me, it is my duty to express the deep sense I entertain of this new proof of confidence from my fellow citizens at large, and the zeal with which it inspires me, so to conduct myself as may best satisfy their just expectations. On taking this station ...
Read More
February 26, 1805 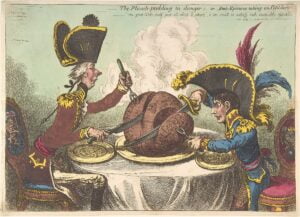 Hailed by British cartoonist and writer Martin Rowson as “the greatest political cartoon ever”, James Gillray’s The Plumb-pudding in Danger is typical of the Georgian-era caricaturist’s biting satire. Drawn in 1805, the cartoon depicts French emperor Napoleon Bonaparte and British prime minister William Pitt greedily carving a plum pudding shaped like the world in an amusing metaphor for the leaders’ battle for geopolitical power. It has been widely pastiched by ...
Read More
July 11, 1804 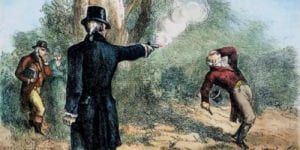 Hamilton intentionally fired into the air, but his political rival, Vice President Aaron Burr, took deadly aim and fatally shot him in a duel July 11, 1804. Alexander Hamilton was instrumental getting Thomas Jefferson chosen as the second U.S. president over Aaron Burr, who then became the vice president. Aaron Burr had fought in the Revolution, was elected to the New York State Assembly, 1784-1785, and ...
Read More
May 14, 1804 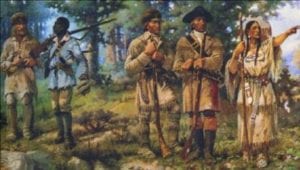 Lewis and Clark Expedition Begins Voyage to the Pacific Coast

“Ocian in view! O! the joy,” wrote William Clark in his journal, but the next day, Nov. 8, 1805, Lewis and Clark realized they were still only at Gray’s Bay, 20 miles from the Pacific. Clark wrote: “We found the swells or waves so high that we thought it imprudent to proceed. … The seas rolled and tossed the canoes in such a manner this evening ...
Read More
February 27, 1804 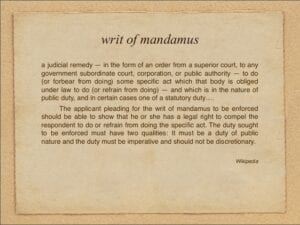 Little v. Barreme: SCOTUS Finds that the POTUS does not have “Inherent Authority” or “Inherent Powers” that Allow him to Ignore a Law Passed by the US Congress

Many people know the first  Supreme Court decision to declare an act of Congress unconstitutional (It's Marbury, of course), but few people could identify the Court's first decision declaring Executive Branch action to be unconstitutional.  Little v Barreme (1804), called the Flying Fish case, involved an order by President John Adams, issued in 1799 during our brief war with France,  authorizing the Navy to seize ships ...
Read More
February 24, 1803 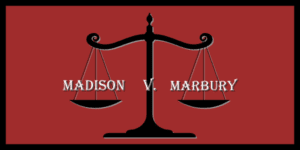 The first pivotal case by a young U.S. Supreme Court was Marbury v. Madison – a landmark case in United States law and in the history of law worldwide. It formed the foundation for the exercise of judicial review in the United States under Article III of the Constitution. This was the first time in Western history a court invalidated a law by declaring it “unconstitutional” ...
Read More
January 1, 1802 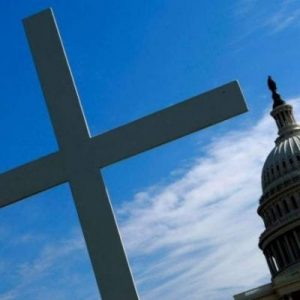 Thomas Jefferson sends his ‘Wall of Separation’ Danbury Letter: Did He Intend to Separate Church and State?

Thomas Jefferson sent his 'wall of separation' letter to the Danbury Baptist Association to assure them that although the state offered them religious freedoms only “as favors granted, and not as inalienable rights,” that at least the national Congress could never make a law respecting an establishment of religion.  The First Amendment, then, erected “a wall of separation between church and state.” In 1947 the Supreme ...
Read More
January 1, 1802 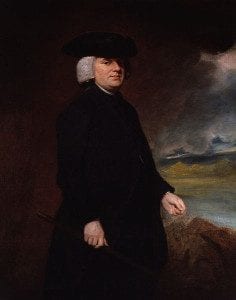 William Paley Published ‘Natural Theology’: “the Kind of Carefully Designed Structures we See in the Living World Point Clearly to a Designer.”

William Paley (1743-1805), in his 1802 classic, Natural Theology, summarized the viewpoint of the scientists. He argued that the kind of carefully designed structures we see in the living world point clearly to a Designer. If we see a watch, we know that it had a designer and maker; it would be foolish to imagine that it made itself. This is the "argument by design." All ...
Read More
March 4, 1801 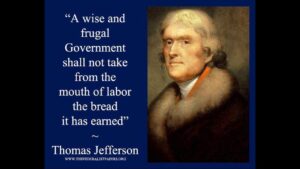 Thomas Jefferson FRIENDS AND FELLOW-CITIZENS, Called upon to undertake the duties of the first executive office of our country, I avail myself of the presence of that portion of my fellow-citizens which is here assembled to express my grateful thanks for the favor with which they have been pleased to look toward me, to declare a sincere consciousness that the task is above my talents, and ...
Read More
November 1, 1800 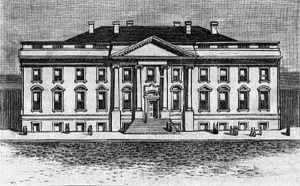 On November 1, 1800, President John Adams, in the last year of his only term as president, moved into the newly constructed President’s House, the original name for what is known today as the White House. Adams had been living in temporary digs at Tunnicliffe’s City Hotel near the half-finished Capitol building since June 1800, when the federal government was moved from Philadelphia to the new capital city ...
Read More