A purported science to cool the earth from global warming (a deliberate hoax to create global fear) where military, commercial, and private contracted airplanes spray aerosol throughout the skies. The real agenda is much more sinister. Aluminum oxide, barium, and other chemicals including arsenic, cadmium, and lead are being sprayed into the atmosphere all coming down to the earth eventually and destroying plant life and causing asthma, Alzheimer’s’ disease, Morgellons disease and other problems in humans and animals. A high placed military insider claims that bacteria and

Go to Term Page
" >viruses are freeze-dried and placed on fine filaments for release (then activated by the sun), and Dr. Hildegarde Staninger, a former government scientist, has shown nano technological weapons to be present.


The familiar aviation term “contrail” is a contraction of the two words “condensation” and “trail”. Similarly, a “chemtrail” is a logical application of the contraction rule where two similar words, “chemical” and “trail” are spliced together as a single recognizable word. The term “chemical trail” became part of the NASA lexicon when published in the document “Chemical Aspects of Upper Atmosphere Research”. Excerpt below:

Chronological History of Events Related to GeoEngineering and Chemtrails below… 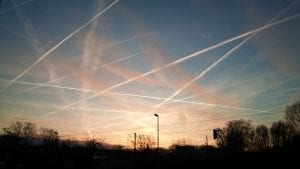 After mocking “chemtrails” for over a decade, global elites suddenly announce geoengineering plan to “dim the sun” with aerial spraying

Back in 2008, a news publication called Phoenix Times News published a story mocking people who believe in so-called “chemtrails,” calling the concept of geoengineering a “strong competitor for dumbest conspiracy theory ever.” There’s simply no such thing as chemical aerosols that are blasted from airplanes, and that remain suspended in the atmosphere, we were all continually told – with a constant emphasis on the alleged ...
Read More
November 23, 2018 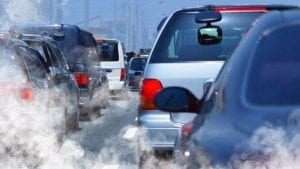 Women tend to be even more careful about their lifestyle and diet when they’re pregnant, but there’s one thing they might be forgetting. According to a study, even unborn infant may be exposed to air pollutants that reach the placenta via the bloodstream of pregnant women. The press release revealed that researchers from Queen Mary University of London were the first to gather evidence that “soot from polluted air can travel ...
Read More
September 16, 2018 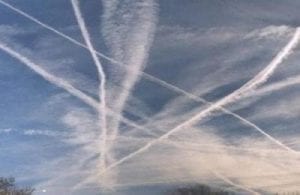 A new study has determined that spraying the skies with chemicals to combat global warming will likely come with the unintended side-effect of reducing crop yields. Researchers with the University of California, Berkeley, have published a new study which calls into question the scientific efforts to block sunlight via climate engineering, also known as geoengineering. Geoengineering is the deliberate and large-scale manipulation of the weather and ...
Read More
August 8, 2018 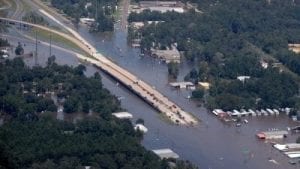 Hurricane Harvey of 2017 is tied with 2005's Hurricane Katrina as the costliest tropical cyclone on record, inflicting $125 billion in damage, primarily from catastrophic rainfall-triggered flooding in the Houston metropolitan area and Southeast Texas. It was the first major hurricane to make landfall in the United States since Wilma in 2005, ending a record 12-year span in which no hurricanes made landfall at the intensity of ...
Read More
August 29, 2017 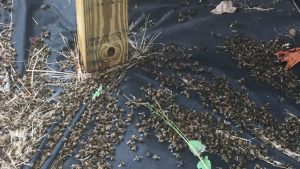 Zika pesticide kills millions of bees in South Carolina. Millions of honeybees have been killed in South Carolina after pesticide was sprayed to kill off mosquitoes that could possibly be harbouring the harmless Zika virus. Beekeeper Juanita Stanley at Flowertown Farm said she had no warning from Dorchester County officials ...
Read More
September 1, 2016

1 year ago
California Governor Gavin Newsom (D) is hiding key Covid data used to justify his endless lockdowns. Newsom said the data is just too complex and would confuse and potentially mislead the public. Gavin Newsom first locked down California in March of 2020 and he refuses to let go of his newfound power. Small businesses have been destroyed and churches that have remained opened have been targeted by Newsom’s goons. In December Newsom introduced regional stay-at-home orders which is triggered when ICU capacity falls below 15%. However, Newsom is … Read More