In 2011, according to the official story, Osama Bin Laden was said to have died after a team of Navy Seals shot him dead during a raid on his safe house in Pakistan on May 1st 2011.  This story has been propagandized heavily not just by the mainstream media in America but also in the Hollywood film production Zero Dark Thirty.  It is a complete fabrication of reality … Also, 18 countries, including 14 NATO members, launched premeditated aggression against Libya. Seven months of NATO airstrikes were estimated to have killed 60,000 Libyan civilians in what was termed a “humanitarian intervention”. Pre-war propaganda included lies about “Viagra rapes” by Libyan forces of Muammar Gadaffi. 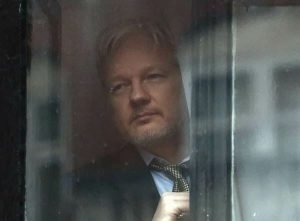 WikiLeaks founder Julian Assange: “We have intelligence that the State Department Database Archive of 250,000 diplomatic cables…is being spread around and…within the next few days it will become public.” Assange: There is time “in case there are any individuals who haven't been warned that they should be warned.” Assange to State Department: Rogue former employee Daniel Domscheit-Berg intends to release classified State Department cables without redactions ...
Read More
December 31, 2011 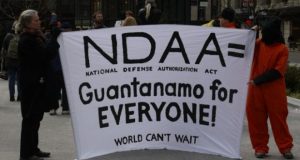 Excellent article below by Alton Lu, an 18-year-old senior in high school at the time Back in the beginning stages of the War on Terrorism, President Bush enacted the Patriot Act. This allowed the government to spy on citizens, monitoring their activities in order to discern whether or not someone is a terrorist. It brought about changes in law enforcement that allowed agencies to search phones, financial records, ...
Read More
December 13, 2011 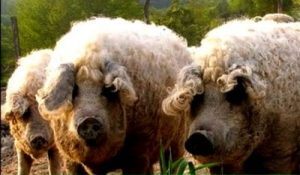 Michigan’s small farmers took another big loss, this time to the Michigan Department of Natural Resources (DNR), which used the state’s Invasive Species Act to gain jurisdiction over small pig farming operations. The DNR’s Invasive Species Order (ISO) went into effect on December 13, 2011 and says that some pigs, descending from Russian boars, are automatically considered “feral pigs.” Even pigs that have been domesticated and ...
Read More
December 10, 2011 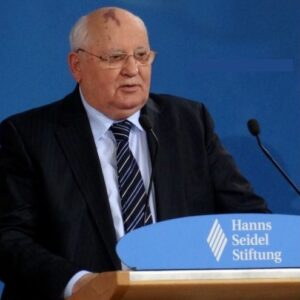 What follows is that shocking speech that Mikhail Gorbachev gave on December 10, 2011 at Munich, Germany, where he had been awarded by the conservative Hanns Seidel Foundation the prestigious Franz Josef Strauß Award (first awarded in 1996; Henry Kissinger was given it too at some point). It wasn’t a ceremonial acceptance speech, though, but a thuggish, in-your-face demonstration of unchanged Leninist determination, worse: of most diabolical ...
Read More
December 4, 2011 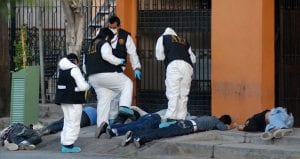 According to an article in the New York Times that first revealed the DEA money-laundering scheme to the public, U.S. drug agents supervised by the Justice Department likely laundered hundreds of millions in illegal profits — maybe more. The DEA and other agencies also helped send the illicit cash back across the border to Mexico in operations “orchestrated to get around sovereignty restrictions,” the Times reported ...
Read More
November 23, 2011 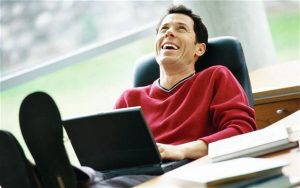 Abstract OBJECTIVE: To evaluate the effects of laptop computers connected to local area networks wirelessly (Wi-Fi) on human spermatozoa. DESIGN: Prospective in vitro study. SETTING: Center for reproductive medicine. PATIENT(S): Semen samples from 29 healthy donors. INTERVENTION(S): Motile sperm were selected by swim up. Each sperm suspension was divided into two aliquots. One sperm aliquot (experimental) from each patient was exposed to an internet-connected laptop by Wi-Fi ...
Read More
November 22, 2011 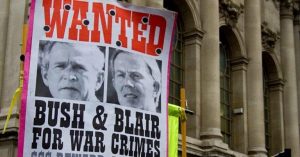 Former President George Bush and several members of his administration were  successfully convicted in absentia of war crimes by a Malaysian Tribunal. A five panel tribunal delivered a unanimous guilty verdict after a week long trial that, unsurprisingly, was not covered by American media. The witnesses included several ex-Guantanamo detainees that gave testimony on the conditions and human rights violations that were systematically carried out under orders of the ...
Read More
November 18, 2011 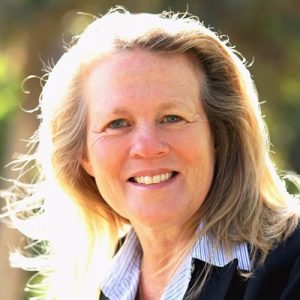 The CDC, NIH and even the EPA have long histories of threatening scientists with being harmed or killed if they don’t fall in line with the prevailing lies of the establishment. In some cases, they’ve even imprisoned scientists for fraud after those individuals refused to retract their papers. This has been especially common in research areas such as HIV / AIDS, pandemics and vaccines. Any scientist ...
Read More
November 16, 2011

A Document Originating from Halliburton subsidiary KBR Provides Details on a Push to Outfit FEMA and U.S. Army Camps around the United States.

Infowars.com received a document originating from Halliburton subsidiary KBR that provides details on a push to outfit FEMA and U.S. Army camps around the United States. Entitled “Project Overview and Anticipated Project Requirements,” the document describes services KBR is looking to farm out to subcontractors. The document was passed on to us by a state government employee who wishes to remain anonymous for obvious reasons. Services ...
Read More
October 26, 2011 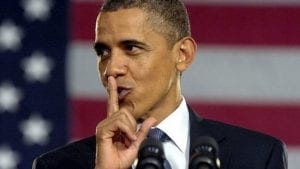 The Obama administration, after promising to be especially transparent, was proposing changes to the Freedom of Information Act that would allow it to go beyond declaring some documents secret and to actually allow government agencies (such as the CDC, CIA, FBI, NSA, etc.) to declare some document “non-existent.” The Denver Post reports, The federal Freedom of Information Act was supposed to be a torch that journalists, advocates ...
Read More