Big Pharma is the nickname given to the world’s vast and influential pharmaceutical industry and its trade group, the Pharmaceutical Research and Manufacturers of America or PhRMA. Big Pharma and medical device companies make billions of dollars every year selling drugs and devices — including those that were recalled or involved in fraud or product liability lawsuits. The global revenue for pharmaceuticals was over $1 trillion in 2014. But nowhere else in the world do the drug and medical device industries have as much power and make as much money as in the U.S. In fact, Americans spent an all-time high of $457 billion on prescription drugs in 2015. By 2020, it will be $610 billion. Medical devices are also lucrative. The U.S. makes up about half of the world’s share of the market at about $148 billion, according to the U.S. Department of Commerce.

Meanwhile, drug prices continue to rise. Consulting firm Segal Consulting expects drug prices for Americans under age 65 to rise 11.6 percent in 2017. In contrast, wages are only expected to rise 2.5 percent, leaving many American unable to afford their medications. Big Pharma even contributes heavily to the annual budget of the U.S. Food and Drug Administration (FDA) through application fees (user fees) for its new products. Experts say the industry contributes about two thirds of the FDA’s budget. Five of the top 10 pharma and medical device companies for 2016 are headquartered in the U.S.: Johnson & Johnson, Pfizer, Merck, Gilead and AbbVie.

The underside of the industry reveals a history of fraud, bribery, product liability lawsuits and scandals that led to billions in settlements — a known cost of doing business for these companies who are “too big to jail.” Despite criminal charges and fines, the companies continue to do business. The majority of drugs and medical devices have ties to a small group of parent companies. Prescription drugs and devices manufactured by these companies bring in billions in profits. The biggest drug makers may also have subsidiaries that manufacture medical devices. Pharmaceutical companies are typically larger and make more money than companies that focus on medical devices. 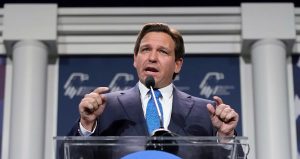 In a massive victory for humanity, the Florida Supreme Court has approved of a criminal investigation into the experimental COVID injections that were in many cases forced upon American citizens. Gov. Ron DeSantis (R) had requested the Supreme Court impanel a grand jury to review evidence that the pharmaceutical companies who deployed the COVID-19 shots should be held accountable for vaccine injuries. The Florida Supreme Court ...
Read More
December 18, 2022 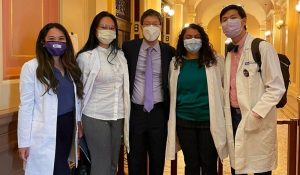 A former California state senator whose proposal to mandate coronavirus vaccines for school children was too radical for the progressive state legislature is now consulting with the American Medical Association. Dr. Richard Pan will join the AMA's Medical Education Group, where he will consult on the organization's standards for universities' medical training programs. Pan, a pediatrician, made waves this year with a proposal to vaccinate all ...
Read More
December 7, 2022 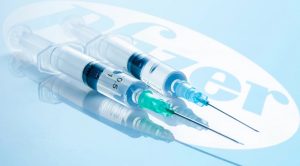 Pfizer’s Covid vaccine has been authorised in the U.K. for infants aged six months to four years-old, the medicines regulator confirmed today. The Mail has more. Covid vaccines were today approved for babies in Britain, in a move likely to spark huge controversy. Regulators gave the green light for all infants older than six months to get a special, low-dose formulation of Pfizer’s jab. Its decision opens the ...
Read More
December 5, 2022 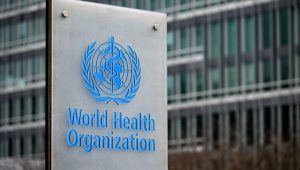 Members of the World Health Organization (WHO), an unelected international public health agency, are meeting to consider a draft version of a proposed international pandemic treaty which will give the WHO new powers to “tackle false, misleading, misinformation or disinformation” and be legally binding under international law. The draft treaty contains various provisions in Article 16 (“Strengthening pandemic and public health literacy”) that require the WHO’s 194 ...
Read More
October 28, 2022 One of the most respected doctors in the world and top cardiologists and epidemiologist in the country had his license revoked for speaking the truth about the danger of COVID vaccines. Dr. McCullough is an Internist, Cardiologist, and Epidemiologist who testified to the Senate Committee on Homeland Security and Governmental Affairs in November 2020. Dr. McCullough is a cardiologist and was vice chief of internal medicine at Baylor ...
Read More
October 23, 2022 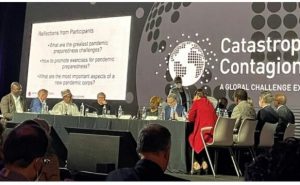 The Johns Hopkins Center for Health Security, in partnership with WHO and the Bill & Melinda Gates Foundation, conducted Catastrophic Contagion, a pandemic tabletop exercise at the Grand Challenges Annual Meeting in Brussels, Belgium, on October 23, 2022. Culling children is believed to be the next best effort in the depopulation agenda given the CoVid nonvax vaccine is still busily taking out the over 60 crowd.   It ...
Read More
October 11, 2022 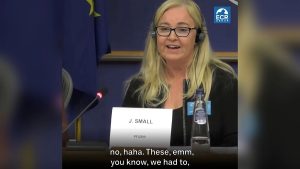 During a COVID-19 EU hearing, Pfizer’s president of international developed markets, Janine Small, admitted that the vaccine had never been tested on its ability to prevent transmission, contrary to what was previously advertised. Robert “Rob” Roos, a politician from the Netherlands who is also a member of the European Parliament, exposed the lie that people from all over the world had been led to believe. “If ...
Read More
October 9, 2022 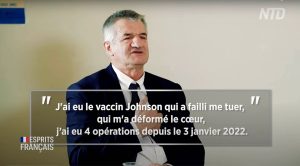 In an interview with NTD broadcast on Sunday, former French presidential candidate Jean Lasalle accused President Emmanuel Macron and other members of the French government of lying about their vaccination status. Jean Lassalle is a French politician who represented the 4th constituency of the Pyrénées-Atlantiques department in the National Assembly from 2002 to June 21, 2022. He ran for president in 2017 and earned 435,301 votes. Lasalle admitted ...
Read More
October 7, 2022 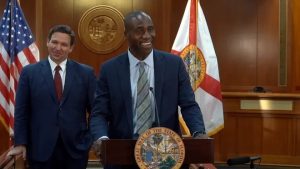 Florida Surgeon General released a shocking report on Friday. According to Dr. Joseph Ladapo, there was an 84% increase in the incidence of cardiac-related death among males 18-39 years old within 28 days following mRNA vaccination. That is a huge number! Dr. Ladapo recommended that young males from 18 to 39 refrain from taking the COVID Vaccine. Denmark and Sweden recently halted vaccines for healthy children. Here is the ...
Read More
October 4, 2022 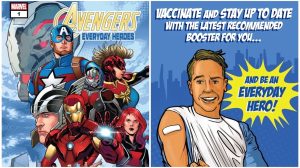 Pfizer announced on Tuesday that it would issue a digital comic book in collaboration with Marvel to urge people to get the COVID shot and become an ‘everyday hero.’ “Pfizer and BioNTech announced our new collaboration with Marvel Comics. Together we created a custom comic book featuring the Avengers who fight to protect their community,” Pfizer said in a statement. “We hope that people around the world ...
Read More