In 2018, the antics of President Trump dominated commercially-controlled media coverage, “sucking the oxygen” from discussion about more weighty topics such as the rollout of universal surveillance and a police state under the guise of the “war on terror“. On 5 November 2018, ‘Anonymous’ published leaked documents from a hitherto unregarded UK charity named the Integrity Initiative, which was to expose it, and its parent group the Institute for Statecraft as UK deep state run propaganda outfits focussed on promoting Russophobia. Christian persucution noose tightens in America and thoughout the world as does the assault on gender and free speech. 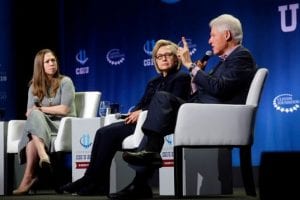 The Clinton Foundation reported a loss of more than $16 million in 2018, according to newly released tax records, marking the second consecutive year of losses since Hillary Clinton's humiliating defeat to President Donald J. Trump in 2016. The foundation reported total revenue of just $30.7 million, including $24.2 million worth of grants and contributions, a record low for the alleged "charity." That figure was well short ...
Read More
February 28, 2019 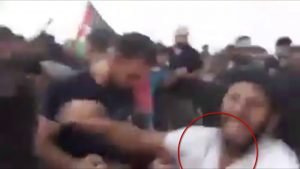 The UN Independent Commission of Inquiry on the 2018 Gaza protests presented its conclusions, according to which 183 Palestinians were killed by Israel, including 35 children. The investigative commission of the United Nations Human Rights Council that examined the most recent round of violence on the Israel-Gaza border presented its findings on Thursday, saying it found "reasonable grounds" that Israeli security forces violated international law. The commission ...
Read More
January 24, 2019 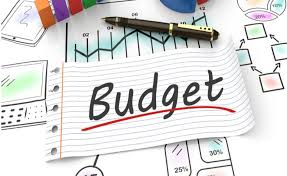 (by Veronique de Rugy via The American Institute for Economic Research) In fiscal year 2018, $137 billion was paid “improperly” by the federal government, according to a recent report. That number sums all the improper payments by what the government calls high-priority programs. They are programs with improper-payments estimates exceeding $2 billion annually. If it makes your head spin, it should. Always the optimist, I have ...
Read More
January 16, 2019

Last year, Christians were persecuted more than ever before in the modern era — and this year is expected to be worse: "4,136 Christians were killed for faith-related reasons," according to Open Doors USA in its recently published World Watch List 2019 (WWL) of the top 50 nations where Christians are persecuted. "On average, that's 11 Christians killed every day for their faith." Additionally, "2,625 Christians ...
Read More
January 10, 2019 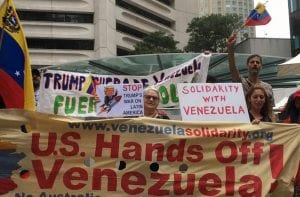 Two things stand out about the US coup in Venezuela. First, it is unusually open. Typically, the US tries to hide its coups. Second, the coup is built on a series of obvious falsehoods, yet the bi-partisans in Washington, with a few exceptions, keep repeating them. First, we will correct the falsehoods so readers are all working from the same facts. Second, we will describe how ...
Read More
December 31, 2018 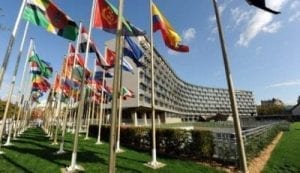 US and Israel Withdraw from UNESCO

The United States and Israel have completed their announced departure from UNESCO, the United Nations’ Education, Scientific and Cultural Organization, over its anti-Israel bias. UNESCO repeatedly has condemned Israel while granting membership to the Palestinians and naming ancient Jewish sites as Palestinian heritage sites. WND reported UNESCO designated the Temple Mount, the likely site of the original Jewish temples during biblical times, with Muslim names. The ...
Read More
December 28, 2018 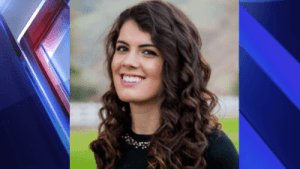 Bre Payton was a writer for the conservative online news magazine The Federalist and a guest commentator on the Fox News Channel. And she was a rising star. “From the moment we started talking I realized she was a potential star,” Ben Domenech, the publisher of The Federalist, said in an essay on Saturday. “She was raw, yes, but that could be honed. She was eager ...
Read More
December 25, 2018 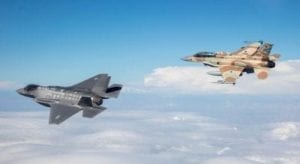 The Israeli Air Force (IAF) carried out its recent airstrikes in Syria when two civilians planes were landing in Beirut and Damascus, putting passengers at risk, Igor Konashenkov, a spokesman for the Ministry of Defense (MoD) of Russia told reporters on December 26. “Provocative acts by the Israeli Air Force endangered two passenger jets when six of their F-16s carried out airstrikes on Syria from Lebanese ...
Read More
December 22, 2018 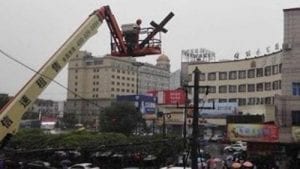 We have reports that another 60 members (in addition to the 100+) of the underground Early Rain Covenant Church in Chengdu, China, were arrested in the recent raid of the Protestant congregation and the intensifying and widespread crackdown on the church in China. This time, the arrests took place at a riverside park where congregation members met for worship when they were banned from their church ...
Read More
December 21, 2018 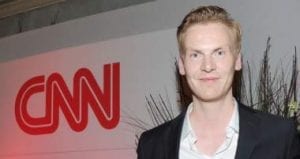 Not only the German media, but news organizations worldwide, are engaged in cathartic breast beating and how-did-it-happen sessions over the huge Fake News scandal at Der Spiegel, one of Germany’s most prestigious publications. In 2014, CNN proclaimed German reporter Claas Relotius (shown) as “CNN Journalist of the Year” and “Print Journalist of the Year.” In 2013, 2015, 2016, and 2018, Relotius received awards from Deutscher Reporterpreis ...
Read More