It is essential for mankind to understand the truth about the Creation—the creation of the earth, the universe, of man, and of all forms of life. This understanding is essential to salvation. Unless and until we gain a true view of the creation of all things we cannot hope to gain that fullness of eternal reward which otherwise would be ours. For those who understand that we are indeed the product of intelligent design and not some unscientific random explosion, we desire to understand more about our creator and the earth on which we dwell. For Christians, the creation is the first of the three pillars of eternity – the Creation, the Fall, and the Atonement. The creation of all things, the fall of Adam in the Garden of Eden, and the Atonement of Jesus Christ in Gethsemane and on the Cross at Calvary are the three most important events that ever have or ever will occur on Earth. These events intertwine to form the very fiber of our being – who we are; why we’re here, for what purpose we were created, and where we are going, if anywhere, beyond earth life. If the atonement of Jesus Christ, which can alleviate the effects of both sin and death, is the central event to one’s salvation, then is not this event made possible only by the fall, and the fall made possible by the creation? How, why, and by whom were we created are questions that must surely stir in the heart of almost every individual at some point during their lifetime.

Our knowledge is limited surrounding the events of the creation, but if we piece together what little we do know then perhaps we can better understand the creation, but with our finite understanding, and the complexity of this transcendent event, perhaps the divine creator has only revealed that portion which is in the scope of our comprehension. In addition, the adversary has devised a masterful plan of deception surrounding all of these events to confuse us and lure us away from the truth so that we will dismiss the divinity of the existence of all things, particularly the existence and potential of God’s crowning creation – man, created in His own image. Unfortunately, much of what has been revealed about the creation has been lost because of corruption and error. If we believe the Bible to be the divinely revealed truth then this should be our foundation, and scientific truths should enhance or reinforce those truths.

There are essentially only two possibilities: (1) Either there is a Creator (as taught by the Bible), or (2) everything created itself. If there is a creator then this creator must have had a purpose, we must have accountability to this creator who created us, and there must be a purpose for that – a metaphysical / spiritual aspect of life. Accountability would entail rules and laws (commandments) with corresponding consequences. If creations made themselves then we are just here by chance, without any accountability, and simply a materialistic viewpoint. This is what Satan would have us believe, or a Luciferian doctrine.

The big bang theory and the theory of evolution provide an explanation needed for the evil to claim we know where we came from (nothing), why we’re here (mere chance), the meaning of life (is none), accountability for things done in this life (no, just here by accident), what happens after death (compost, the end). Fortunately, there is no evidence to support their theories that have been indoctrinated into every student, TV observer and movie goer, and reader.

Julius Huxley, an atheist who continually sought to get Christianity out of schools and introduce secular humanism, stated this on a TV program:

“We all jumped on the ‘Origin of Species’ because the notion of God was a restriction on our sexual morals.” loosely quoting his brother Aldous Huxley.

Frederick Engels, atheist friend of Karl Marx and co-author of ‘The Communist Manifesto,’ who were commissioned by the Illuminati:

“In our evolutionary conception of the universe, there is no room for a creator or Ruler.”

Karl Marx in a letter to Lassalle dated Jan 16, 1861: “Darwin’s book is very important and serves me as a basis for the class struggle in history. ” and in a letter to Frederick Engels says “this is the book which contains the basis in natural science for our view.”

In the beginning, God created the heavens and earth. This is one of the most famous statements in the Bible, and it starts the account of God’s creation. Genesis 1:1 through 2:3 involved the first seven days in history:

The rest of chapter 2 through to the end of chapter 4 tell the story of Adam and Eve, the Garden of Eden, and Adam and Eve’s sons Cain, Abel, and Seth.

The fall of mankind into sin began when the serpent questioned one of God’s commands, namely not to eat of the tree of knowledge of good and evil, and convinced Eve to eat the fruit, followed by Adam. The result of disobeying this command resulted in the driving away of Adam and Eve from the Garden to live a life of subsistence farming, and eventually dying. Eve was additionally cursed with painful childbearing, and to be subservient to Adam.

As descendants of Adam and Eve, all people inherit the effects of the Fall. In our fallen state, we are subject to opposition and temptation. The only way for us to be saved is for someone else to rescue us. We need someone who can satisfy the demands of justice—standing in our place to assume the burden of the Fall and to pay the price for our sins. Jesus Christ has always been the only one capable of making such a sacrifice.

Why were we created? God made man of flesh and blood so that we could learn eternal lessons through a life of trials and troubles on earth. The war in Heaven  began the battle for our eternal salvation. We came to earth as a test to see if we would follow God, blessed with an inherent compass to guide us. Thus, the necessity for opposition in all things (hot and cold, rich and poor, good and evil). Satan was cast down from Heaven along with a third of the hosts of Heaven and these demons, though we cannot see them, are continuously tempting us to do evil. this allows them to destroy us unless we repent. However, according to many researchers, portals for these demons to possess our body of flesh and blood (a privilege they forfeited by following Satan in the War in Heaven) may become a reality when we commit certain sins.

We have been deceived about much of history, however the secret societies that have long influenced our world, would prefer nothing more than for us to believe we are not divine creations of a loving father in heaven with a divine purpose, rather that we are creatures of chance, without purpose and without consequences for our actions. They refuse to be governed by the very God that created them and seek, with the very liberties granted also by our kind, wise and loving Father, to follow the adversary and work against the plan of God. 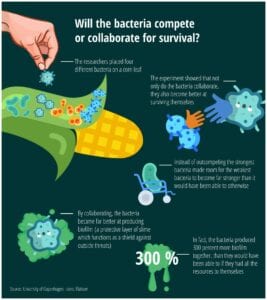 New microbial research at the University of Copenhagen suggests that 'survival of the friendliest' outweighs 'survival of the fittest' for groups of bacteria. Bacteria make space for one another and sacrifice properties if it benefits the bacterial community as a whole. The discovery is a major step towards understanding complex bacteria interactions and the development of new treatment models for a wide range of human diseases and new green technologies. New microbial research at the Department of Biology reveals that bacteria would rather unite against external threats, such as antibiotics, rather than fight against each other. The report has ...
Read More
November 23, 2018 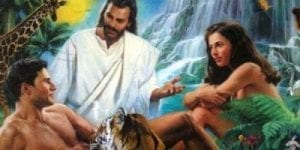 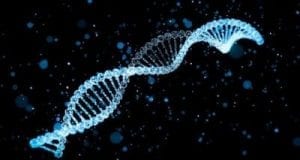 A recent1 review paper proposed a controversial claim—that the vast majority of animal species arose contemporary with modern humans. Not surprisingly, this claim was met with backlash from the evolutionary community. On what basis did the authors make this wide-reaching claim? Is their assertion true? Furthermore, what ramifications do their data have for the creationist explanation of the origin of species from the originally created min or “kinds”? The main focus of Stoeckle and Thaler’s paper is genetics. Specifically, they focus on a subset of DNA in human and animal cells, termed mitochondrial DNA (mtDNA). Their analysis of mtDNA is clear, straightforward, and carefully justified—so much ...
Read More
April 1, 2018 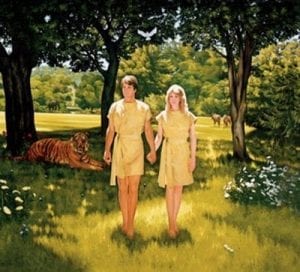 Abstract The advent of modern genetics has seen the evolutionary community redouble its efforts to argue for human-primate common ancestry and against the traditional Christian understanding of the origin of the human race. As has been argued in previous chapters, a careful reading of Genesis 1–11 indicates that God created Adam and Eve supernaturally and without prior ancestry, and that all of humanity traces their ancestry back to this original couple — and not to a group of primates or proto-humans. Combined with a careful reading of the rest of Scripture, this narrative places the creation date of Adam and Eve approximately 6,000 ...
Read More
March 26, 2018 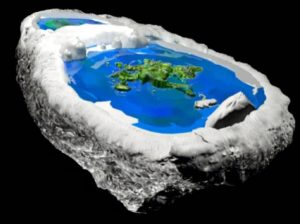 Inquiries concerning the shape of the Earth have been a recurring theme in human history. Based on a series of natural phenomena that contradict accepted academic teaching on the matter, Brazilian scientists at Dakila Pesquisas decided to investigate these inconsistencies. In seven years of studies, scientific experiments were conducted at different points in the world, with the involvement of government institutions and professional researchers from a variety of fields. The results will be presented in the feature-length Convex Earth: The Documentary. The preview, by invitation, will take place on March 26, at 7:30 pm, at the Shopping Eldorado in ...
Read More