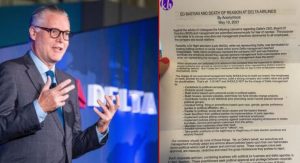 Delta employees are circulating a ‘scathing’ anonymous letter that was obtained by Dr. Karlyn Borysenko, who shared it on social media and in a podcast. The letter, signed by a 20+ years Delta Airlines Employee, was posted online. It is called “Ed Bastian and Death of Reason at Delta Airlines” in a reference to the company’s “
Go to Term Page
" >Woke” CEO. The letter will be transcribed below: “Against the ...
Read More
January 20, 2020 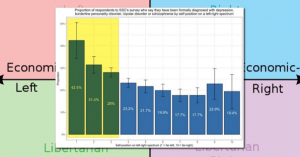 A new survey of more than 8,000 people has found that those who identify with left-wing political beliefs are more likely to have been diagnosed with a mental illness. Ann Coulter’s “liberalism is a mental disorder” catchphrase has become something of a clichéd meme, but the data appears to support it. Carried out by Slate Star Codex, the online survey collected a wealth of data from respondents ...
Read More
September 1, 2014 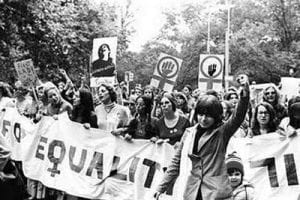 Mallory Millett, Sister of Famous Feminist Kate Millett, Wrote an Article About Her Horrible Experience Inside the Women’s Liberation Movement

The sister of famous writer and feminist activist, Kate Millett, wrote the article below about her 1969 experience attending a Marxist meeting with her radicalized sister. They have since followed much different paths, but her experience gives us an eye-opening peek inside the aims and tactics of these culture assassins. Pastor Dowell reads and gives commentary on the article: Marxist Feminism Ruined Lives: The horror I ...
Read More
August 1, 1998 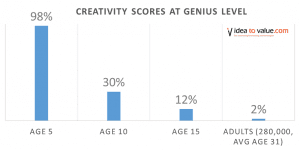 Study: 98% of All Preschoolers Test at “Genius” Level, But Education System Destroys Their Imagination

Two researchers studying the creative problem-solving abilities of American school-aged youth found that our education system is harming, not growing the abilities of our youth. The book Breakpoint and Beyond: Mastering the Future Today contains their findings. Dr. George Land and Beth Jarman were commissioned by NASA to help the space agency identify and develop creative talent. The two were tasked to research school children in an attempt ...
Read More
March 8, 1983 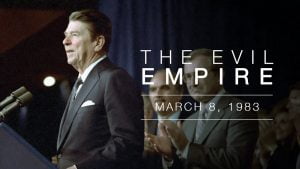 Ronald Reagan’s Evil Empire Speech: “Freedom Prospers when Religion is Vibrant and the Rule of Law under God is Acknowledged.” 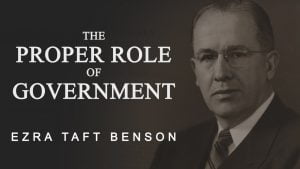 Ezra Taft Benson, Secretary of Agriculture and future President of the Church of Jesus Christ of Latter Day Saints, Gives a Speech on the Proper Role of Government

Men in the public spotlight constantly are asked to express an opinion on a myriad of government proposals and projects. “What do you think of TVA?” “What is your opinion of Medicare?” How do you feel about Urban Renewal?” The list is endless. All too often, answers to these questions seem to be based, not upon any solid principle, but upon the popularity of the specific ...
Read More
June 30, 1966 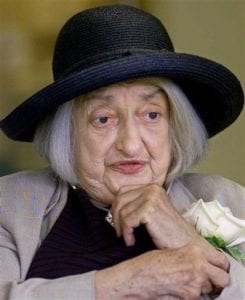 The National Organization for Women (NOW) was Founded in Washington, DC by Communist and Jewish Betty Friedan

The National Organization for Women (NOW), an American leftist, feminist organization, was founded in 1966 and consists of 550 chapters in all 50 U.S. states and in Washington, D.C. This group advocates the unfettered right to taxpayer-funded abortion-on-demand; seeks to "eradicate racism, sexism and homophobia" from American society; attacks Christianity and traditional religious values; and supports gender-based preferences for women. It's co-founder and first president: Betty ...
Read More
August 6, 1961 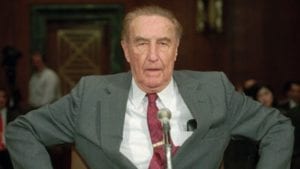 Senator Strom Thurmond: “The aim and purpose… is now world socialism, which communism seeks to achieve through revolution… socialism… through evolution.”

Senator Strom Thurmond of South Carolina in a letter to the editor of the Washington Post penned these words: "...Both socialism and communism derive from the teachings of Marx and Engels. In fact, the movements were one until the split over methods of approach, which resulted after the Russian revolution in 1905 . . . The aim and purpose of both was then and is now world ...
Read More
March 21, 1960 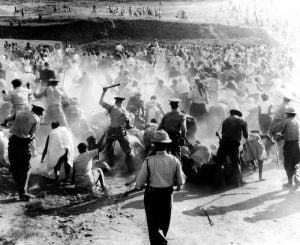 The Sharpeville Massacre in South Africa

SHARPVILLE – A name that reverberated across the liberal world - a word that instigated hatred and disgust against the white people of South Africa. Sharpville– a dreaded place where the “Fascist” white police opened fire and “massacred” 69 “innocent” people and injured 180 “in a hail of submachine-gun fire.” HOW disgusting! This was an act of blatant white “aggravation “ against “helpless” black people that only took part in a “peaceful” demonstration against carrying a pass-book. How utterly disgraceful!! Or ...
Read More
August 17, 1945 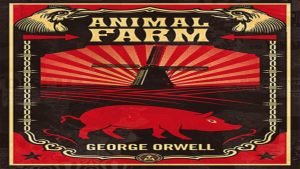 An anti-Stalinist "fairy story" by George Orwell was published on August 17, 1945. The story is a satirical allegory of the Russian Revolution, particularly directed against Stalin's Russia. The story's concept of "animalism" is used by Orwell to portray a generic view of socialism, similar to that first expounded by Karl Marx (Old Major), who Orwell believed was naïve in thinking that his philosophy would actually work. Orwell, although agreeing with the overall concept of equality through ...
Read More