The Mongol empire was founded by Genghis Khan, which stretched from Eastern Asia to Eastern Europe. The conquests of Hulagu Khan and other Mongol invasions changed the course of the Muslim world, most notably the siege of Baghdad (1258), the destruction of the House of Wisdom and the weakening of the Mamluks and Rums which, according to historians, caused the decline of the Islamic Golden Age. Other Muslim powers such as the Mali Empire and Delhi Sultanate conquered large parts of West Africa and the Indian subcontinent, while Buddhism witnessed a decline through the conquest led by Bakhtiyar Khilji. In the history of European culture, this period is considered part of the High Middle Ages.

In North America, according to some population estimates, the population of Cahokia grew to being equal to or larger than the population of 13th-century London.[2] In Peru, the Kingdom of Cuzco begins. The Kanem Empire in what is now Chad reaches its apex. The Solomonic dynasty in Ethiopia and the Zimbabwe Kingdom are founded. In the history of Maya civilizations, the 13th century marks the beginning of the Late Postclassic period. In the periodization of Precolumbian Peru, the 13th century is part of the Late Intermediate Period. (via Wikipedia) 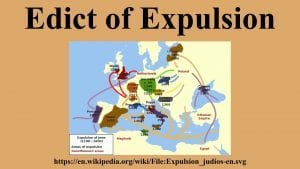 The Edict of Expulsion: The Expulsion of the Jews by King Edward I was Not Due to their Money Lending Alone but Also Due to Blood Ritual Sacrifices

The Edict of Expulsion was an act of Edward I which expelled all Jews from the kingdom of England. To understand why why Edward acted in this way, you have to go back in history. Biblical exhortations against the lending of money led to an attitude among the inhabitants of Christian Europe that the lending of money at interest was at best, un-Christian, and at worst, ...
Read More
June 26, 1284 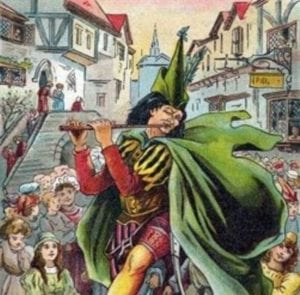 The Chilling True Story Behind the Pied Piper of Hamelin

If you watch enough horror movies, sooner or later you’ll hear a character utter a variation on the phrase, “Every legend has a basis in fact.” Whether or not that statement is true, it is a fact that many of our most outlandish fables and fictions are rooted, at least somewhat, in actual history, and that truth often is stranger than fiction. Chances are, most of ...
Read More
June 15, 1215 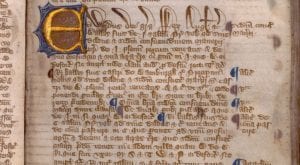 King John Affixes His Seal to the Magna Carta, an Inspiration for the US Constitution and Bill of Rights

"The democratic aspiration is no mere recent phase in human history . . . It was written in Magna Carta." --Franklin Delano Roosevelt, 1941 Inaugural address On June 15, 1215, in a field at Runnymede, King John affixed his seal to Magna Carta. Confronted by 40 rebellious barons, he consented to their demands in order to avert civil war. Just 10 weeks later, Pope Innocent III ...
Read More

5 years ago
A new report by Dr. Mark Skidmore, a professor of economics at Michigan State University, and Catherine Austin Fitts, former assistant secretary of housing analyzed the budgets of both the Department of Defense (DOD) and the Department of Housing and Urban Development (HUD) and discovered that these two departments alone lost over $21 trillion in taxpayer funds between 1998 and 2015, The report indicates that the “losses” were a direct result of “unsupported journal voucher adjustments” made to the departments’ budgets. Whether this is public or private sector, this kind of loss would be producing … Read More