Worldwide, it was a very turbulent decade, as wars such as the Crimean War, shifted and shook European politics, as well as the expansion of colonization towards the Far East, which also sparked conflicts like the Second Opium War. In the meantime, the United States saw its peak on mass migration to the American West, that particularly made the nation experience an economic boom, as well as a rapidly increasing population.

John Brown raided the federal arsenal at Harper’s Ferry to obtain arms for a slave insurrection. Charles Darwin Published “Origin of Species”. The US Supreme Court rules on the Dred Scott Case, a slave seeking freedom, and the Court found that slaves were property, not citizens, thus had no rights. In the meantime, abolitionists such as Sojourner Truth and Frederick Douglass give inspirational speeches and fight to free slaves. At the “Under the Oaks Convention” in Jackson, Michigan the first statewide candidates were selected for what would become the Republican Party. 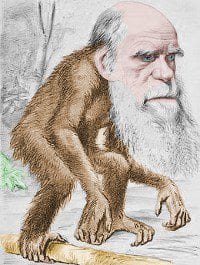 Charles Darwin published his thesis 'Origin of the Species' on November 24th, 1859 - after more than twenty years of waiting to formerly resurrect the age old theory that had never gained any ground prior to his publishing. Maybe it just needed the backing of an anti-Christian, Illuminist power behind it to attack the Biblical creation story and Judaeo-Christian belief that God is the creator of ...
Read More
October 16, 1859 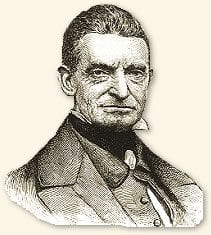 Just after sundown on the evening of Sunday October 16, 1859 John Brown led a group of 21 men (16 white and 5 black) across the Potomac River from Maryland to Virginia. Their immediate objective was the capture of the cache of weapons stored at the U.S. Arsenal at Harpers Ferry. Brown's ultimate goal was to destroy the slave system of the South. The arms captured by ...
Read More
January 1, 1859 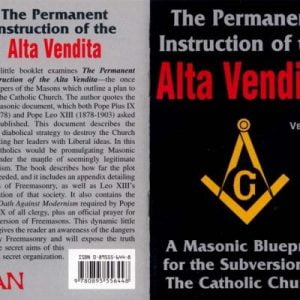 Secret Document ‘The Permanent Instructions of the Alta Vendita: A Masonic Blueprint for the Subversion of the Catholic Church’ is Published

The Permanent Instruction of the Alta Vendita (commonly called the Alta Vendita) is a document, originally published in French in 1859, purportedly produced by the highest lodge of the Italian Carbonari and written by "Piccolo Tigre," codename for Giuseppe Mazzini. In his book 'Athanasius and the Church of Our Time', Bishop Rudolph Graber quoted a Freemason who declared that “the goal (of the Illuminati) is no longer ...
Read More
September 11, 1857 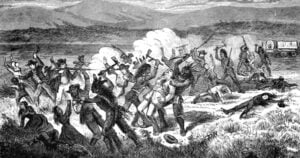 A series of attacks was staged on the Baker-Fancher wagon train around Mountain Meadows in Utah. This massive slaughter claimed nearly everyone in the party from Arkansas and is the event referred to as the Mountain Meadows Massacre. They were headed toward California and their path took them through the territory of Utah. The wagon train made it through Utah during a period in time of ...
Read More
August 3, 1857 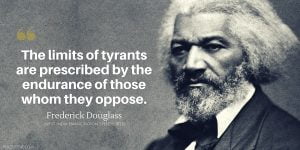 Frederick Douglass delivered a “West India Emancipation” speech: “The limits of tyrants are prescribed by the endurance of those whom they oppress.”

On August 3, 1857, Frederick Douglass delivered a “West India Emancipation” speech at Canandaigua, New York, on the twenty-third anniversary of the event. Most of the address was a history of British efforts toward emancipation as well as a reminder of the crucial role of the West Indian slaves in that own freedom struggle. However shortly after he began Douglass sounded a foretelling of the coming ...
Read More
March 6, 1857 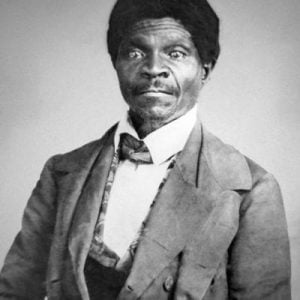 US Supreme Court Rules on the Dred Scott Case, a Slave Seeking Freedom. Court Found that Slaves Were Property, Not Citizens, thus Had No Rights.

In March 1857, in one of the most controversial events preceding the American Civil War (1861-65), the U.S. Supreme Court issued its decision in the case of Dred Scott v. Sanford. The case had been brought before the court by Dred Scott, a slave who had lived with his owner in a free state before returning to the slave state of Missouri. Having failed to purchase his ...
Read More
May 22, 1856 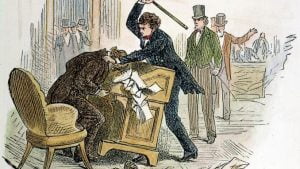 A statue at the Boston Public Garden is a reminder of the political violence that our nation experienced leading up to the Civil War. On May 19 and 20, 1856, Senator Charles Sumner, a Massachusetts antislavery Republican, delivered a long speech denouncing the power that slave owners held over their elected representatives. On May 22nd, 1856 Charles Sumner sat at his desk in the near empty ...
Read More
February 8, 1856 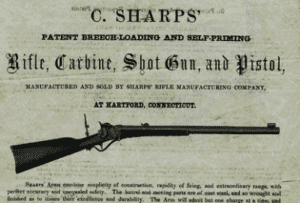 He was one of the most popular preachers in American in the middle 1800s. He was the brother of Harriett Beecher Stowe, who wrote the anti-slavery novel Uncle Tom’s Cabin in 1852. His name was Henry Ward Beecher. He purchased the chains that held John Brown in prison, dragging them across the stage and stomping on them as he preached against slavery. Beecher also supported women ...
Read More
July 6, 1854 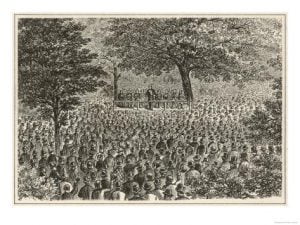 Under the Oaks Convention: The First Mass Gathering of the Republican Party

In 1854, just after the anniversary of the nation on the 6th of July, an anti-slavery state convention was held in Jackson, Michigan. The hot day forced the large crowd outside to a nearby oak grove. At this “Under the Oaks Convention” the first statewide candidates were selected for what would become the Republican Party. United by desire to abolish slavery, it was in Jackson that ...
Read More
May 30, 1854 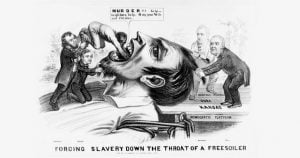 In 1854, Senator Stephen Douglas of Illinois proposed a bill to organize the Territory of Nebraska, a vast area of land that would become Kansas, Nebraska, Montana and the Dakotas. Known as the Kansas-Nebraska Act, the controversial bill raised the possibility that slavery could be extended into territories where it had once been banned. Its passage intensified the bitter debate over slavery in the United States, which would later explode ...
Read More
More