The first major revolt in the Austrian Revolution for Independence occurred in Vienna by university students demanding a constitution guaranteeing their rights. The American women’s rights movement began with a meeting of reformers in Seneca Falls, New York, in 1848. Karl Marx, completes “The Communist Manifesto.” The Associated Press was formed in May 1846 by five daily newspapers in New York City to share the cost of transmitting news of the Mexican–American

Go to Term Page
" >War. In Videl v. Girard, the US Supreme Court rules that American schools are to teach morals and Christianity using the
Go to Term Page
" >Bible in schools. Joseph Smith founded the Mormon church. 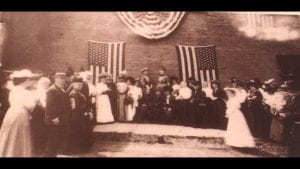 Seneca Falls Convention, One of the First Women’s Rights Conventions to be Held in American History, Begins

The American women's rights movement began with a meeting of reformers in Seneca Falls, New York, in 1848. Out of that first convention came a historic document, the 'Declaration of Sentiments,' which demanded equal social status and legal rights for women, including the right to vote. Purpose of the Convention The first convention for women's rights in the United States was held in Seneca Falls, New ...
Read More
March 13, 1848 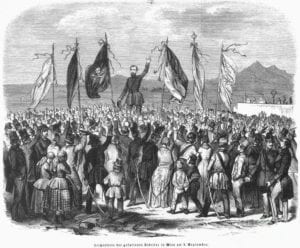 Emperor Ferdinand and his chief advisor Metternich directed troops to crush the demonstration. Peaceful student demonstrators were shot and killed causing the working class to join the demonstrations, developing an armed insurrection demanding Metternich's resignation. Ferdinand reluctantly complied and dismissed him, and tried to appease the people with a cleverly written constitution, but they rejected it. He later issued two manifestos which gave concessions to the people, ...
Read More
February 21, 1848 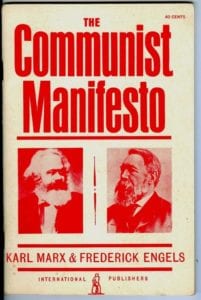 The Communist Manifesto, Written by Karl Marx with the Assistance of Friedrich Engels, is Published in London by the Communist League

Karl Marx, completes “The Communist Manifesto.” He not only advocates economic and political changes; he advocates moral and spiritual changes as well. He believes the family should be abolished, and that all children should be raised by a central authority. He expresses his attitude toward God by saying: “We must war against all prevailing ideas of religion, of the state, of country, of patriotism. The idea ...
Read More
September 29, 1847 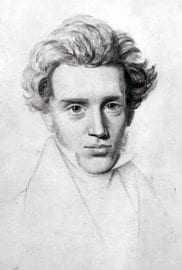 Søren Aabye Kierkegaard was a Danish philosopher, theologian, poet, social critic and religious author who is widely considered to be the first existentialist philosopher. He wrote critical texts on organized religion, Christendom, morality, ethics, psychology, and the philosophy of religion, displaying a fondness for metaphor, irony and parables (Wikipedia). One of Soren Kierkegaard's most important writings, Works of Love is a profound examination of the human ...
Read More
July 23, 1847 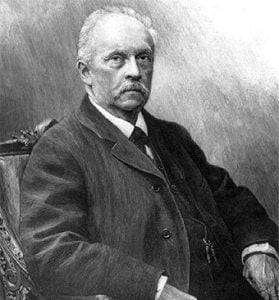 Hermann Helmholtz Presents the Original Formulation of the First Law of Thermodynamics: The Law of Conservation of Energy

In 1847, a 26-year-old German medical doctor, Hermann Helmholtz, gave a presentation to the Physical Society of Berlin that would change the course of history. He presented the original formulation of what is now known as the First Law of Thermodynamics, beginning with the axiomatic statement that a Perpetual Motion Machine is impossible. Heinrich von Helmholtz stated the law of conservation of energy: Nothing is now ...
Read More
May 22, 1846 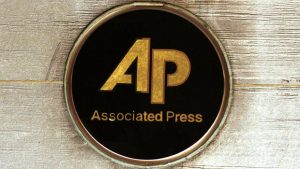 The Associated Press was formed in May 1846 by five daily newspapers in New York City to share the cost of transmitting news of the Mexican–American War. The venture was organized by Moses Yale Beach (1800–68), second publisher of The Sun, joined by the New York Herald, the New York Courier and Enquirer, The Journal of Commerce, and the New York Evening Express. Some historians believe that the New-York Tribune joined at this time; documents show it was a member in ...
Read More
June 27, 1844 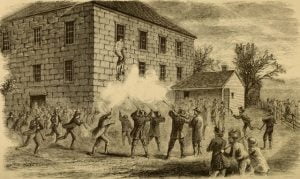 It was an unlikely candidacy: a thirty-eight-year-old mayor from the heartland who pitched himself as the solution to partisan gridlock, played up his military experience, talked often about his faith, and promised to end the country’s moral decline. He was fond of quoting the Founding Fathers, had an army of grassroots supporters, and came from a swing state. But the year was 1844, the state was ...
Read More
February 27, 1844 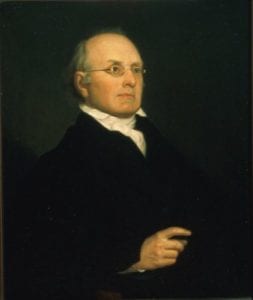 Videl v. Girard: US Supreme Court Rules that American Schools are to Teach Morals and Christianity Using the Bible in Schools

In 1844 in Philadelphia, a school took an unprecedented position: it would teach its students morality, but not Christianity. The Court ruled it could not do so--the Bible and Christianity must be included: "Why may not the Bible, and especially the New Testament ... be read and taught as a divine revelation in the [schools]--its general precepts expounded. . . and its glorious principles of morality ...
Read More
August 25, 1843 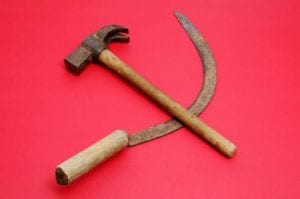 One of the first mentions of communism in print appaears in the New-York Daily Tribune on August 25, 1843, page 2: “Social Movement.–We learn from the Onondaga Standard that a company of Communists, or advocates of the doctrine that no individual has an exclusive right to any portion of the earth or its products, have made a contract for a tract of land near Skaneateles, in that County, ...
Read More
July 19, 1840 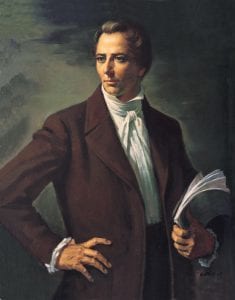 Joseph Smith, Founder of the Church of Jesus Christ of Latter Day Saints, Prophesies that the Constitution will Hang by a Thread

D. Michael Stewart, Brigham Young University, Department of History: The documents show that Joseph Smith did prophesy a number of times that the United States and the Constitution would be imperiled and that the elders would have a hand in saving them. The first known record of the prophecy dates to July 19, 1840, in Nauvoo, when the prophet spoke about the redemption of Zion. Using Doctrine & Covenants 101 as ...
Read More