The period was characterized in general by economic growth and prosperity in many parts of the world, especially Europe and the Americas, with the emergence of modern cities signified by the foundation of many long-lived corporations, franchises, and brands and the introduction of the skyscraper. The decade was a part of the Gilded Age (1874–1907) in the United States and the Victorian Era in the British Empire. It also occurred at the height of the Second Industrial Revolution and saw numerous developments in science and a sudden proliferation of electrical technologies, particularly in mass transit and telecommunications.

U.S. President James Garfield is shot by an assassin. Theodore Roosevelt gave a speech in Buffalo, NY on January 26, 1883, about theoretical reasons why every citizen must be involved in politics and the practicality of serving in that capacity. The Fabian Society is founded in Great Britain to promote Socialism. Ida Wells is forcibly removed from her 1st class train seat that she had purchased sparking her rise as an activist and journalist. Friedrich Engels publishes his book, ‘Origin of the Family’ to Destroy the Family Through Planned Agitation.” The Statue of Liberty, a gift of friendship from the people of France to the people of the United States, is dedicated in New York Harbor by President Grover Cleveland as is Hammat Billings Monument of the Forefathers to honors the Pilgrims Christian values and principles. 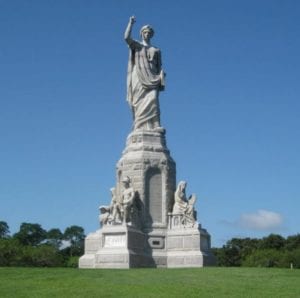 The Monument of the Forefathers (The Matrix of Liberty) was Dedicated

Designed by Hammat Billings, the monument honors the Pilgrims Christian values and principles as a matrix of liberty with the necessary components to a free society, and a blueprint of how a free nation can be maintained. From the original concept in 1820 to the laying of the cornerstone in 1859 to its dedication in 1889, it was nearly three-quarters of a century in the making, ...
Read More
July 14, 1889 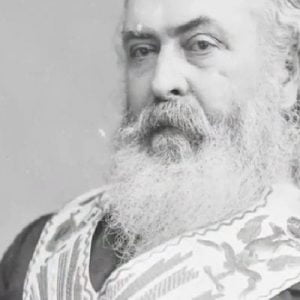 Albert Pike to the 23 Supreme Councils of the World: “Yes, Lucifer is God…the true and pure philosophic religion is the belief in Lucifer.”

Adam Weishaupt infiltrated the Masonic lodges to create a secret society within a secret society. Thus, hijacking sacred knowledge, understanding, and symbolism that had passed on by Masonic guardians for generations. In this deceitful plan, the Illuminati could accomplish several goals: They could desecrate the sacred symbols of God, monopolize sacred knowledge to use it for their own advantages, brainwash well-meaning Masons throughout their degrees of ...
Read More
August 31, 1888 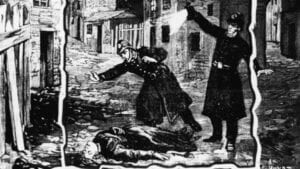 According to John Hamer, the Masonic ritual murder of four prostitutes was carried out by Winston Churchill’s father, Lord Randolph Spencer Churchill, 1849-1895. The prostitutes were blackmailing the royal family. “Churchill was not only the ‘brains’ behind the entire operation, but he was also personally responsible for the cutting of Masonic emblems and symbols into the bodies of the victims, whilst William Gull’s surgeon’s hands performed ...
Read More
October 28, 1886 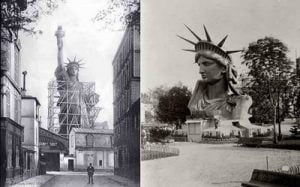 The Statue of Liberty, a gift of friendship from the people of France to the people of the United States, is dedicated in New York Harbor by President Grover Cleveland. Originally known as “Liberty Enlightening the World,” the statue was proposed by the French historian Edouard de Laboulaye to commemorate the Franco-American alliance during the American Revolution. Designed by French sculptor Frederic-Auguste Bartholdi, the 151-foot statue was the form of a ...
Read More
October 1, 1884 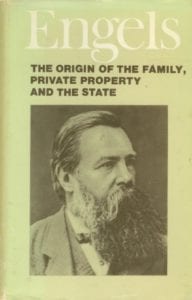 Friedrich Engels Publishes his Book, ‘Origin of the Family’ to Destroy the Family Through Planned Agitation

In his book, The Origin of the Family, Private Property, and the State, based on notes of Karl Marx, Friedrich Engels elaborated on the theme of patriarchal oppression: "The man took command in the home also; the woman was degraded and reduced to servitude; she became the slave of his lust and a mere instrument for the production of children." This is propaganda to achieve their socialist eutopia ...
Read More
May 4, 1884 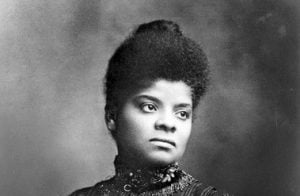 On May 4, 1884, a train conductor with the Memphis and Charleston Railroad ordered Wells to give up her seat in the first-class ladies car and move to the smoking car, which was already crowded with other passengers. The year before, the Supreme Court had ruled against the federal Civil Rights Act of 1875 (which had banned racial discrimination in public accommodations). This verdict supported railroad ...
Read More
January 4, 1884 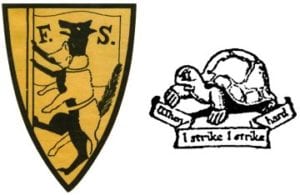 The Fabian Society is Founded in Great Britain to Promote Socialism

The Fabian Society is founded in Great Britain to promote Socialism. The Fabian Society takes its name from the Roman General Fabius Maximus, who fought Hannibal's army in small debilitating skirmishes, rather than attempting one decisive battle. The Fabian Society originated and was founded on 4 January 1884 in London as an offshoot of a society founded a year earlier called The Fellowship of the New Life, ...
Read More
April 12, 1883 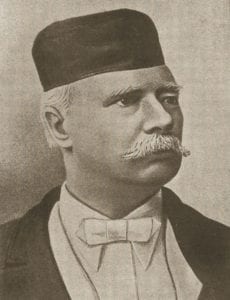 John Swinton, Chief Editor of the NY Times, says in a Speech, “The Business of Journalists is to Destroy the Truth…We Are Tools… of Rich Men Behind the Scenes.”

"There is no such thing, at this date of the world's history in America, as an independent press. You know it and I know it. There is not one of you who dare to write your honest opinions, and if you did, you know beforehand that it would never appear in print. I am paid weekly for keeping my honest opinion out of the paper I ...
Read More
January 26, 1883 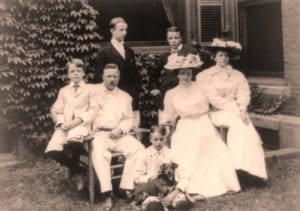 A speech given by Theodore Roosevelt in Buffalo, New York on January 26, 1883, it probed into the theoretical reasons why every citizen must be involved in politics and the practicality of serving in that capacity. People must not excuse themselves from politics just because they are too busy and then blame the government for its ineptitude. Of course, in a sense, the essential first man ...
Read More
July 2, 1881 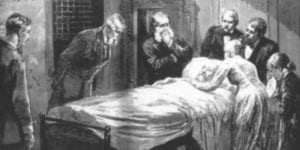 U.S. President James Garfield is Shot by an Assassin

One bullet grazed his elbow, but a second lodged in the back of President James Garfield, who was shot July 2, 1881, as he waited in a Washington, D.C., train station. The assassin was Charles Guiteau, a free-love polygamist who had been a member the communist cult called “Oneida Community.” President James Garfield had been in office only four months. Though not wounded seriously, unsterile medical ...
Read More
April 5, 1881 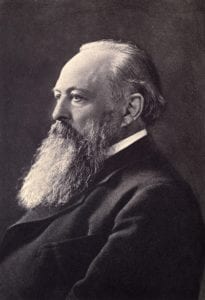 Lord Acton wrote to Bishop Mandell Creighton, April 5, 1881: “All power tends to corrupt and absolute power corrupts absolutely.” His name’s way cooler than yours. John Emerich Edward Dalberg-Acton, more famous simply as Lord Acton. More to the point, he said something way more influential than anything you or I are likely to say. It’s the one thing most people know. Usually misquoted, but still ...
Read More