In 2014, Zahra Billoo, the radical executive-director of CAIR’s San Francisco Bay Area chapter, tweeted that she “struggles with Memorial Day each year.”

“If one dies in an unjust war in which we illegally invaded and occupied a sovereign nation, should that person be honored?” – @DawudWalid 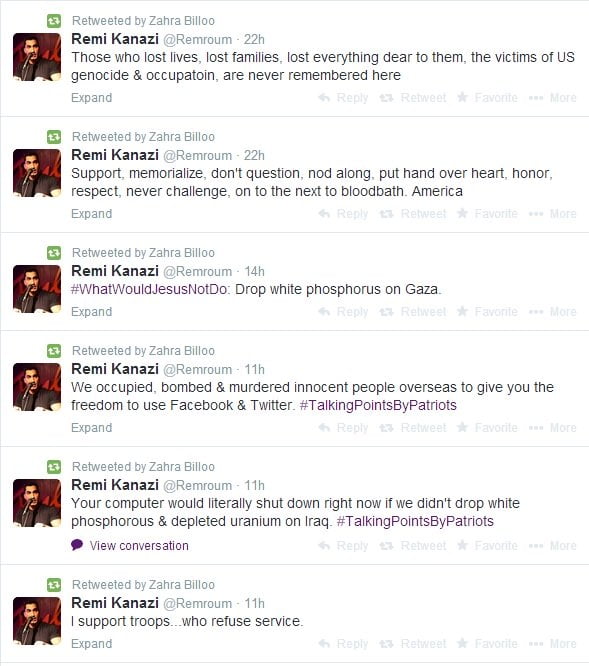 In January 2019 The Wall Street Journal reported that Zahra Billoo was directing Facebook and Twitter on censoring conservative voices.

Billoo had an exceptional hatred for Jewish conservative Laura Loomer and pushed Facebook and Twitter to delete Laura from their platform.

Zahra Billoo even tweeted that she will NEVER renounce jihad!

Yet she was put in charge of censorship.
This is more proof of the corruption and censorship at Facebook and Twitter.

Then, Twitter locked out users who used the Jewish Star of David in their profile image.

Twitter users found themselves locked out of their accounts after using the Star of David in their profile images.

The Star of David has been deemed “hateful imagery” by Twitter, which is locking the accounts of users who display it in their profile pictures.

Read More at The Gateway Pundit