The University of Delaware’s Joseph R. Biden School of Public Policy and Administration hosted an event defending the  COVID-19 “natural origins” cover-up, as well as the scientific collaboration between the U.S. and the Chinese Communist Party, The National Pulse can today reveal.

The May 2021 event was hosted by the Biden-linked university center in partnership with the offices of Senator Chris Coons – the Senate successor to President Biden dubbed the “Biden whisperer” – and Senator Lisa Murkowski. 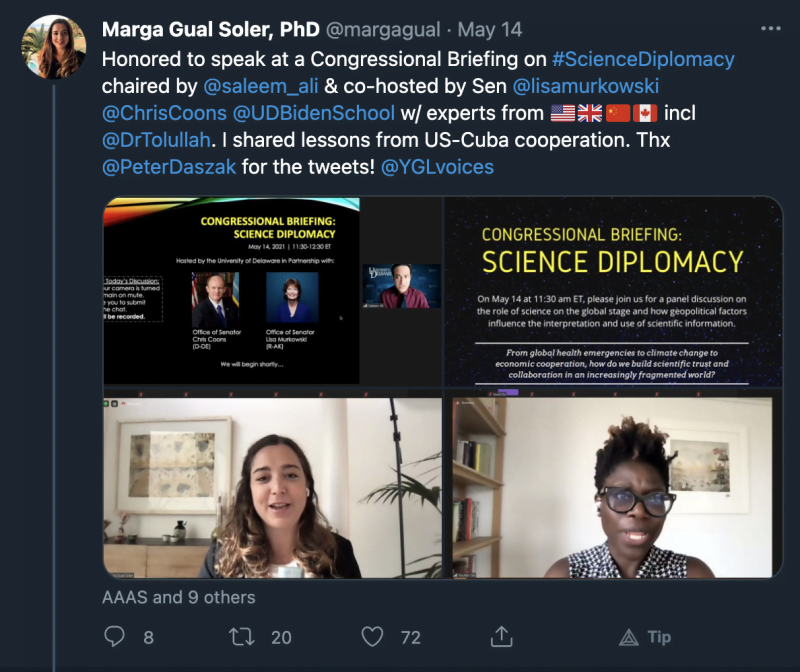 Named after the former veep, the institute serves to “influence, shape, and work to solve the most pressing domestic policy problems” and “focuses on the issues that have animated President Biden’s public career and it is rooted in two guiding principles he has long embrace.”

Moderated by Saleem Ali – a Professor at the Biden School of Public Policy – the panel featured several speakers with ties to the Chinese Communist Party and COVID-19.

Alondra Nelson, Biden’s Deputy Director for Science and Society in the White House Office of Science and Technology Policy, also attended the first 20 minutes of the meeting.

Daszak, who heads an organization that received millions from Dr. Anthony Fauci’s National Institute of Allergy and Infectious Diseases (NIAID) for joint research with the Wuhan Institute of Virology, addressed the virtual conference and called for closer research ties between the U.S. and China.

“We need to partner with the countries where emerging diseases tend to originate, whether they’re our allies or our competitors, and it’s to the benefit of everybody’s health and our own national security to do that,” he posits. Daszak also used the platform to push the speculative narrative that COVID-19 has natural origins, suggesting society “drives people into close contact with animals that carry viruses like the SARS Coronaviruses that led to COVID-19.”

The panel also featured a member of the Chinese Communist Party.

NYU’s Tong has worked at several Chinese Communist Party-controlled institutions including the Shanghai Academy of Social Sciences (SASS) and East China Normal University (ECNU) where he served as Deputy Party Secretary and Secretary of the Communist Party Standing Committee, respectively. SASS has been flagged by the Federal Bureau of Investigation (FBI) for its close ties to the Chinese Communist Party’s top spy agency, the Ministry of State Security. Labeled a “front group for Chinese intelligence collection and overseas spy recruitment” by the FBI, the think tank was involved in a 2019 criminal case involving a retired Central Intelligence Agency (CIA) operative selling classified U.S. defense documents to China.

And the U.S. China Business Council, represented by speaker Jake Parker, is a Washington D.C. and China-based group that lobbies on behalf of “over 200 American companies that do business with China.” “USCBC is uniquely positioned to serve its members’ interests in the United States and China,” the group divulges in its mission statement.