A sovereign state north-west of mainland Europe. It comprises England, Scotland and Wales, which occupy the island of Great Britain, and Northern Ireland on the island of Ireland. It attained its current identity in 1922 after most of Ireland was granted independence. The UK, at least in part, has a separate identity from mainland Europe.[1] The United Kingdom is a constitutional monarchy. Its head of state is Queen Elizabeth II, and its head of government is Prime Minister Boris Johnson. The United Kingdom is a member of the NATO and the United Nations.

British values, culture and institutions were spread throughout many parts of the world during the period of the British Empire, 1600-1960, and British contributions to world culture include the English language, the parliamentary form of government, the Anglican Church (“Church of England”), a tradition of personal liberty, and the common law legal system.

The UK deep state is a significant component of the supranational deep state. It has long established links to the commonwealth and draws on the the sevices of the 3 main UK intelligence agencies:- MI5, MI6, GCHQ.1

Chronological History of Events Related to the UK 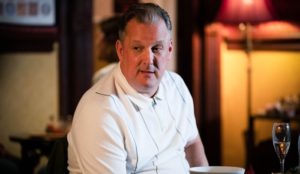 EastEnders is regime propaganda. The British political and media elites want you to think that the only problem with Islam is that far-right bigots are full of hatred. Jihad? What’s that? You’ll never, ever see an EastEnders storyline in which Dana, having converted to Islam, decides to blow herself up in Trafalgar Square. Despite the fact that numerous converts to Islam have gotten involved in jihad activity, it ...
Read More
August 6, 2021 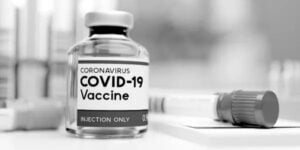 This is an absolute game-changer. The UK government just reported the following data (August 21st), tucked away in their report on variants of concern: Less than a third of delta variant deaths are in the unvaccinated. Let me say that another way – two-thirds of Delta deaths in the UK are in the jabbed. To be specific: From the 1st of February to the 2nd of August, ...
Read More
July 29, 2021 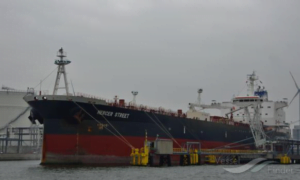 29 July 2021, the oil tanker MV Mercer Street, travelling from Tanzania to the United Arab Emirates with no cargo onboard, was "drone attacked" off the coast of Oman. The ship is flagged in Liberia. It is Japanese-owned and managed by Israeli-owned Zodiac Maritime, an international ship management company headquartered in London and led by billionaire shipping magnate Eyal Ofer, who is an Israeli citizen. The ship sustained damage to its bridge. Yair Lapid and Dominic Raab blamed Iran. The Romanian captain, and a ...
Read More
June 7, 2021 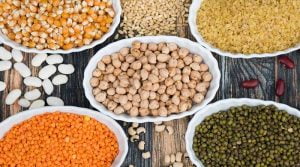 Study: Being Vegan or Pescatarian may Reduce Severity of Coronavirus by 75%

A paper was published in BMJ Nutrition Prevention & Health on June 7th, 2021 (Ref 1) which the UK broadcaster, ITV, covered it as “Covid: Being vegan or pescatarian may reduce severity of coronavirus, study suggests” (Ref 2). Other UK newspapers followed suit. The Telegraph headline was “Vegetarians ‘three quarters less likely to get severe Covid than meat eaters’” (Ref 3). The study itself was called ...
Read More
May 29, 2021 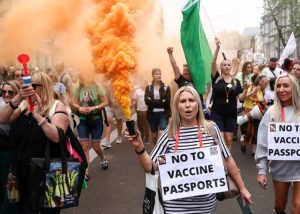 On Saturday 29th May 2021 over one million protesters march through Westminster central London to protest against the covid19 tyranny. The British government is thinking about making COVID-19 vaccination compulsory for healthcare workers to stop the spread of the virus in hospitals. When will the insanity stop? The UK Government downgraded the danger of Covid19 from a high consequence infectious disease on 19th March 2020 (1 ...
Read More
Tags: Britain