“Let’s face it, men” said a crisp talking, star-studded general, “you’ll either have to live with the vapor trails or move the City of Palm Springs.”

The resort area, it appears, is known as the “Palm Springs Intersection.” the freeway interchange of all West Coast aerial traffic.

So, the city officials and civic leaders, in an apparently unanimous, unspoken agreement, decided that a peaceful coexistence with the Air Force was the wisest course. [3] 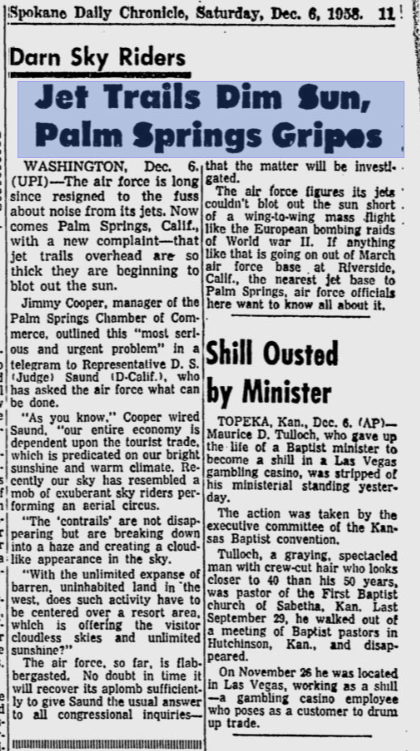