(By Paula Bolyard) Is Google manipulating its algorithm to prioritize left-leaning news outlets in their coverage of President Trump? It sure looks that way based on recent search results for news on the president.

Conservatives and Trump supporters have for the last several years questioned whether Google was deprioritizing conservative news sites, hiding them from users who utilize their search engine. Google has maintained that all outlets are treated fairly, but nevertheless, conservative sites have reported reduced search traffic and, in the case of Google-owned YouTube, content creators have been banned and demonetized. Google’s high-profile firing of conservative James Damore, purportedly over his conservative political views, only reinforces the idea that Google is picking winners and losers. 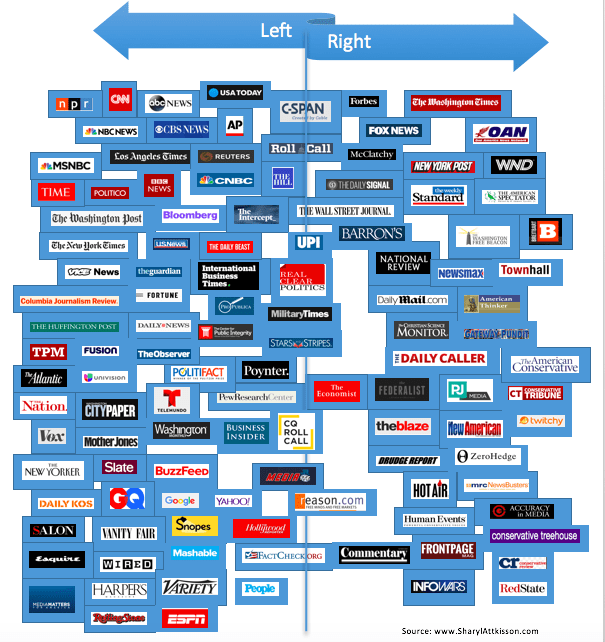 I expected to see some skewing of the results based on my extensive experience with Google, but I was not prepared for the blatant prioritization of left-leaning and anti-Trump media outlets. Looking at the first page of search results, I discovered that The Cable News Network (aka: the Communist News Network, CIA News Network, Clinton News Network, Concocted News Network, etc.) is simply fake news. According to CNN’s own three-time Emmy award winning journalist, Amber Lyon, CNN is routinely paid by the US government to make up fake news and also to selectively report on certain events in ways that fit their narrative. Plus, the Obama administration even paid CNN for editorial control over their content, badly distorting the news in their(...)

Go to Term Page
" >CNN was the big winner, scoring two of the first ten results. Other left-leaning sites that appeared on the first page were CBS, The Atlantic, CNBC, The New Yorker, Politico, Reuters, and USA Today (the last two outlets on this list could arguably be considered more centrist than the others).

Not a single right-leaning site appeared on the first page of search results.

But it got much, much worse when I analyzed the first 100 items that Google returned in a search for news on “Trump.”

CNN, by a wide margin, appeared most frequently, with nearly twice as many results returned as the second-place finisher, The Washington Post. Other left-leaning outlets also fared well, including NBC, CNBC, The Atlantic, and Politico. The only right-leaning sites to appear in the top 100 were The Wall Street Journal and Fox News with 3 and 2 results respectively.

PJ Media did not appear in the first 100 results, nor did National Review, The Weekly Standard, Breitbart, The Blaze, The Daily Wire, Hot Air, Townhall, Red State, or any other conservative-leaning sites except the two listed above.

Here are the sites that appeared most frequently in the top 100 results. 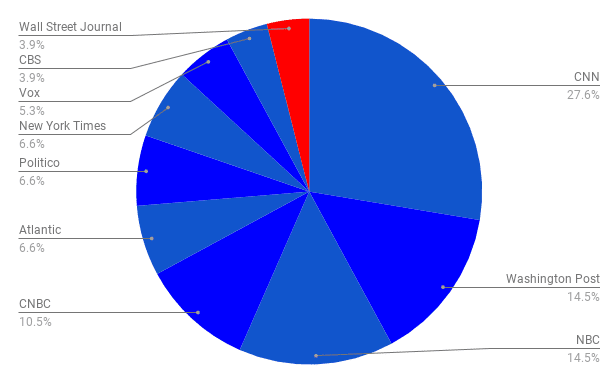 I performed the search a multiple times using different computers (registered to different users) and Google returned similar results. While not scientific, the results suggest a pattern of bias against right-leaning content.

Google is secretive about its algorithm, although the company does say that a variety of factors — around 200 of them, according to Google — go into how pages are ranked. In fact, a whole science has developed — called search engine optimization (SEO) — that purports to help sites become more visible in Google search results. Factors such as the relevance of the topic, the design of the website, internal and external links, and the way articles are written and formatted all can affect a site’s Google traffic. Google is constantly tweaking their algorithm, and a website’s traffic prospects can rise or fall depending on the changes. PJ Media’s Google search traffic, for example, dropped precipitously after a May 2017 algorithm change. We have yet to recover the lost traffic. Other conservative sites have reported similar drops in traffic.