The report shows that a massive amount of election data was deleted and “destroyed” by the office of the Democrat Colorado Secretary of State Jena Griswold and Dominion Voting Systems, which performed a supposed system upgrade on the voting equipment in May.

Luckily, Peters had the data backed up before it was destroyed, hopefully keeping alive the prospect of performing a full forensic audit of the 2020 election. (READ THE REPORT HERE)

Mesa County Clerks and Recorder Tina M. Peters states in her letter to the county Commissioners: “Enclosed is the first report from the cybersecurity experts who have analyzed thoroughly the two forensic images of the drive of the DVS Democracy Suite Election Management System in my office which we used for the management of the 2020 election. Because the report documents a substantial amount of data destruction during the May 25 “Trusted Build” conducted by the Secretary of State’s office and the vendor, I wanted to get this in your hands immediately. I just received this report today. From my review of the executive summary, it does appear that my concerns were more than justified. As you know, the legal duty to preserve election records falls solely to me and my office. “Extensive” amounts of data required to be preserved were instead destroyed, and done in a way that was totally beyond my control or knowledge. Among other things, these deletions would preclude a forensic audit of the last election. Thanks to the pre-Trusted Build image I had commissioned in May, these data have been preserved, in full compliance with my obligations under federal and state law, preserving the integrity of our county’s election record archive and permitting a forensic audit if no one were conducted. According to this report, the forensic examination has determined that this system and procedures “cannot meet the certification requirements of the state of Colorado and should not have been certified for use in the state.” Obviously, this is highly relevant to any decision whether to continue to use these systems in our county.” 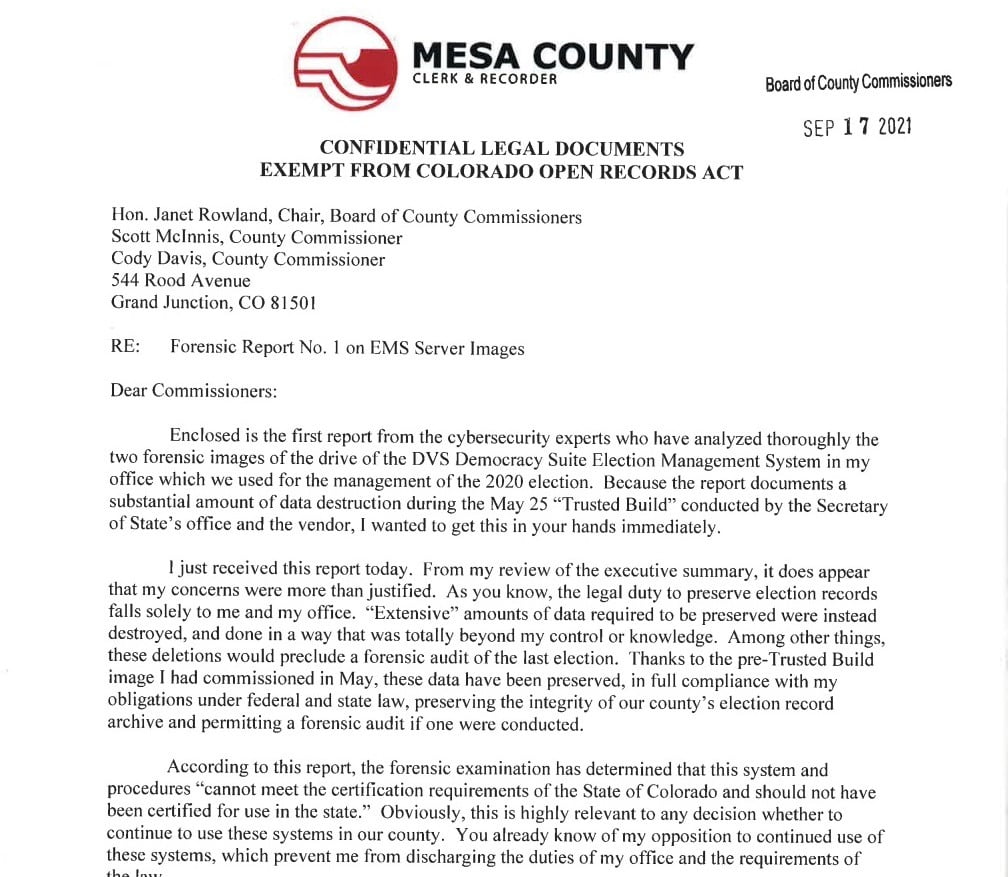 The report states (page 1): “Federal law requires the preservation of election records — which includes records in electronic or digital form — for twenty-two months after an election. Colorado law requires the preservation of election records for an additional three months beyond the Federal requirement…Forensic examination found that election records, including data described in the Federal Election Commission’s 2002 Voting System Standards (VSS) mandated by Colorado law as certification requirements for Colorado voting systems, have been destroyed on Mesa County’s voting system, by the system vendor and the Colorado Secretary of State’s office. Because similar system modifications were reportedly performed upon county election servers across the state, it is possible, if not likely, that such data destruction in violation of state and federal law has occurred in numerous other counties. The extent and manner of the destruction of the data comprising these election records is consequential, precluding the possibility of any comprehensive forensic audit of the conduct of any involved election.” 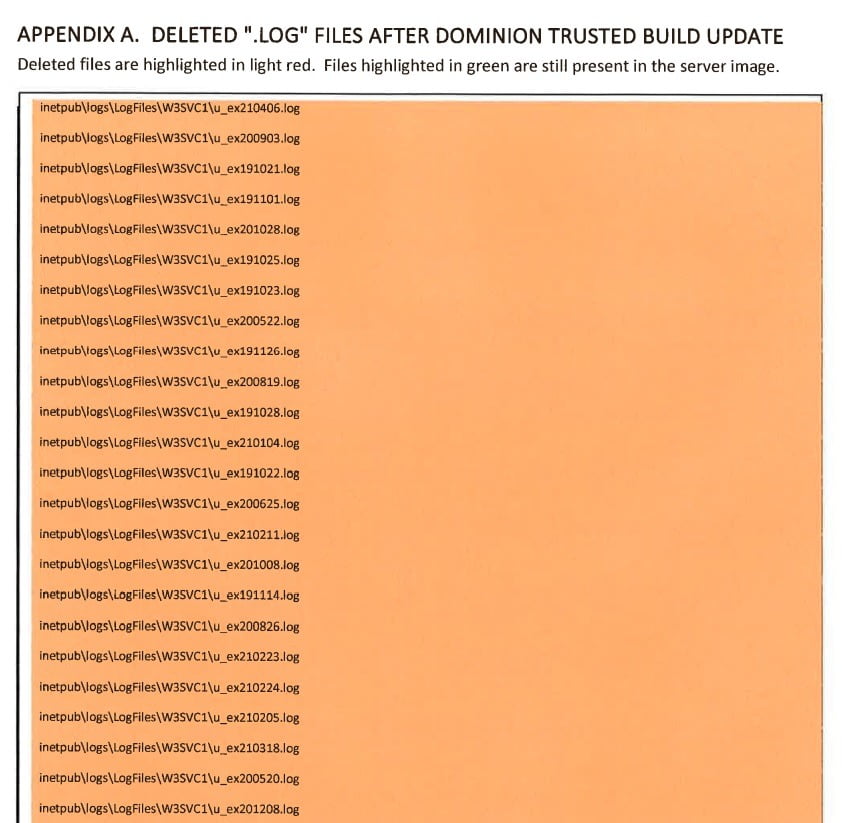