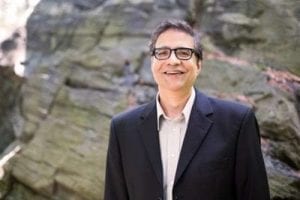 The production of hazardous wastewater in hydraulic fracturing is assumed to be partly due to chemicals introduced into injected freshwater when it mixes with highly saline brine naturally present in the rock. But a Dartmouth study investigating the toxic metal barium in fracking wastewater finds that chemical reactions between injected freshwater and the fractured shale itself could play a major role.

The findings, which are published in the journal Applied Geochemistry, show that transformation of freshwater used for fracking to a highly saline liquid with abundant toxic metals is a natural consequence of water-rock reactions occurring at depth during or following fracking. Fracking wastewater poses a hazard to drinking water supplies if improperly disposed. A PDF is available on request.

The researchers examined samples from three drill cores from the Marcellus Shale in Pennsylvania and New York to determine the possible water-rock reactions that release barium and other toxic metals during hydraulic fracturing. The Marcellus Shale in the eastern United States contains large natural gas reserves, which have been extensively exploited in recent years using hydraulic fracturing. A mile below the earth’s surface where fracturing takes place, chemical reactions occur between water and fractured rock at elevated pressure and temperature and in the absence of oxygen.

Hydraulic fracturing is an important technological advance in the extraction of natural gas and petroleum from black shales, but produced wastewater, or water that is produced along with shale gas and petroleum following fracking, is extremely saline and contains extraordinarily high concentrations of barium. It has been assumed that the peculiar composition of the produced wastewater results from mixing of freshwater used for fracking with high salinity water already underground that also contains barium. But the Dartmouth team found that a large amount of barium in the shale is tied to clay minerals, and this barium is readily released into the injected water as the water becomes more saline over time.

“Based on barium yields determined from laboratory leaching experiments of the Marcellus Shale and a reasonable estimate of the water/rock mass ratio during hydraulic fracturing, we suggest that all of the barium in produced water can be reconciled with leaching directly from the fractured rock,” says senior author Mukul Sharma, a professor of Earth Sciences. “Importantly, barium behavior allows us to understand the behavior of radium, which is very abundant in produced water and is a very real environmental concern. There has been much discussion about injection of water with lots of toxic compounds during fracking. What is less known is that produced water is hazardous waste and chemical reactions between water and the rock are likely playing a role in its formation, not simply a mixing of freshwater with natural brines in the rock.”

Explore further: How much water does US fracking really use?