On February 5, 1978, a little northern Minnesota newspaper called the Mesabi Daily News broke a story that had somehow managed to go unreported for more than half a year. The previous summer, the city council of Kinney, Minnesota, had sent a letter to U.S. Secretary of State Cyrus Vance declaring that the village was seceding from the Union. The tiny

Go to Term Page
" >Iron Range community had tried without success to secure federal funds for an upgrade to its failing municipal water system. With nothing left to lose, the city council had voted to secede and “become a foreign country.” The story quickly went viral (or at least as viral as a story could go in those pre-Internet days) after it appeared in the Mesabi Daily News. The NBC Nightly News aired a report two days later. Other major news outlets then followed suit. The resulting publicity helped the “Republic of Kinney” land two government grants worth more than $250,000 for its water system upgrade. 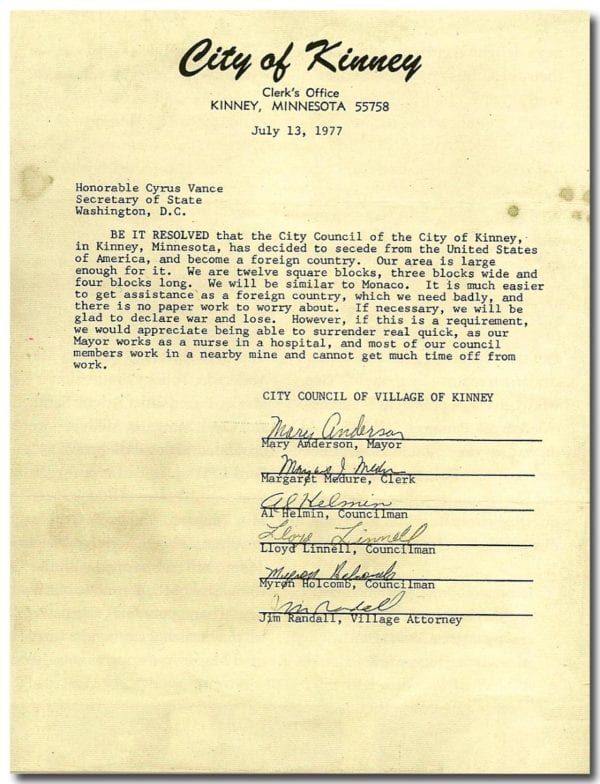 12 months ago
Mexican President Andrés Manuel López Obrador has described coronavirus lockdowns as “dictatorship” during a recent press conference with reporters. He described such lockdown measures as “fashionable among authorities … who want to show they are heavy handed, dictatorship”, according a report by the Associated Press. He went on to claim that the advocates of such measures have “authoritarian instincts” and do not respect the freedom of the Mexican people. “A lot of them are letting their authoritarian instincts show,” he stated. “The fundamental thing is to guarantee liberty.” López Obrador … Read More