Using hydraulic fracturing to extract oil and natural gas from shale is a common technique used worldwide. Because the technique requires large amounts of water, however, it raises the question of whether it could lead to water shortages or competition with other water uses, especially agriculture.

In a new paper in the American Geophysical Union journal Earth’s Future, Lorenzo Rosa and his colleagues evaluated the impacts of hydraulic fracturing on local availability for food production and other human and environmental needs globally.

The researchers conclude that in such places water management plans would be needed to ensure that fracking would not affect other human and environmental water needs.

The map below shows water stress within shale deposits. In water stressed areas, water is consumed at greater rates than the local water supply is replenished. Green, yellow, orange or red pixels represent areas where there are shale deposits and where freshwater is already being used at unsustainable rates. Areas with water stress indexes greater than one are where water consumption for human activities is unsustainable. 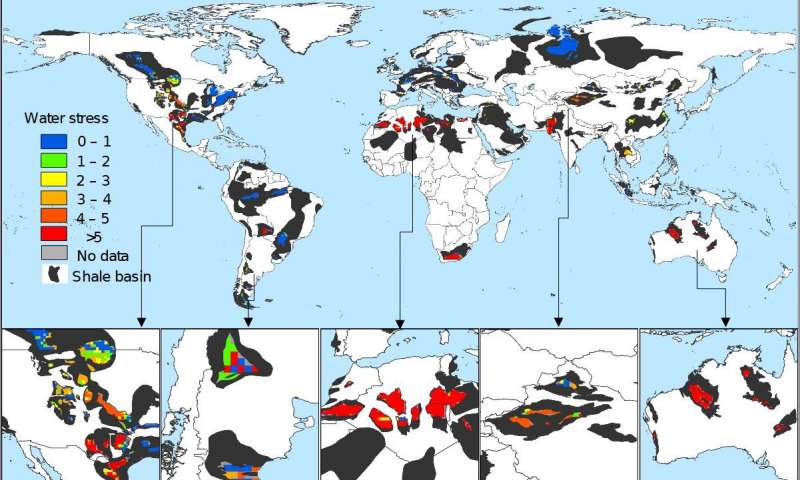 Explore further: The potential impact of hydraulic fracturing on streams