The FBI was also present at Cuellar’s campaign office in Laredo.

“Congressman Cuellar will fully cooperate in any investigation. He is committed to ensuring that justice and the law are upheld,” his office said. 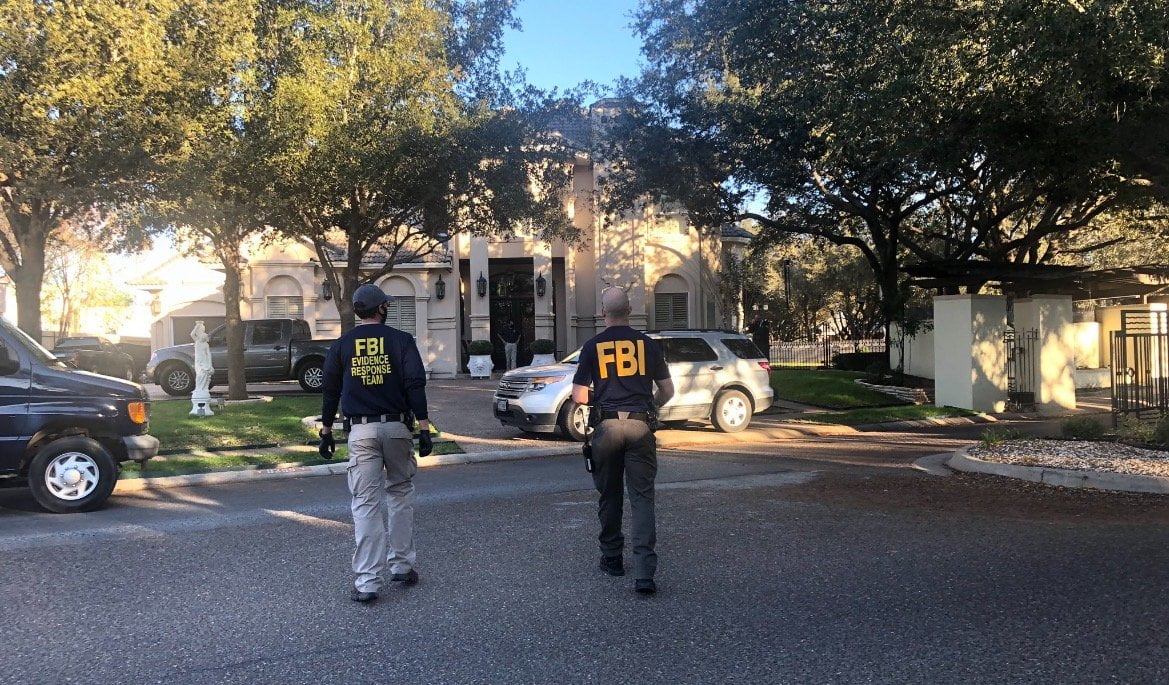 The FBI refused to comment on the ongoing investigation.

Rep. Cuellar, a nine-term Texas Democrat lawmaker who represents an area along the US-Mexico border, has lashed out at both Joe Biden and Kamala Harris for allowing illegal aliens to pour over the border.

“I think that’s the way to address it, but I know that the media has put a lot of focus on the vice president, but with all due respect, she was given that title. I don’t think she’s, with all due respect, put the effort in there…We’ve got to look at other folks that have the expertise on that,” he added.

Is this FBI raid revenge for speaking out against the regime?

The FBI conducted what it described as “court-authorized” law enforcement activity at the Laredo home of U.S. Rep. Henry Cuellar on Wednesday.

Agents were also present at his downtown campaign office in Laredo.

Although FBI spokesperson Roseanne Hughes did not identify what the agency is investigating, she did issue a statement acknowledging the activity.

“The FBI was present in the vicinity of Windridge Drive and Estate Drive in Laredo conducting court-authorized law enforcement activity,” the statement read. “The FBI cannot provide further comment on an ongoing investigation.”

At Cuellar’s home, located in the 8200 block of Estate Drive, federal vehicles were seen with cases and other items taken from the congressman’s house as over two dozen agents filed in and out of the residence Wednesday afternoon.

Two agents with a clipboard and camera in hand snapped photos of the trucks parked out front. The truck was again photographed and searched by agents using flashlights after the sun set.

According to reports, FBI agents were seen leaving Cuellar’s home Wednesday night with large plastic bins and a computer.