For some reason they forgot to mention the 70+ million dead Chinese under this tyrant’s rule. 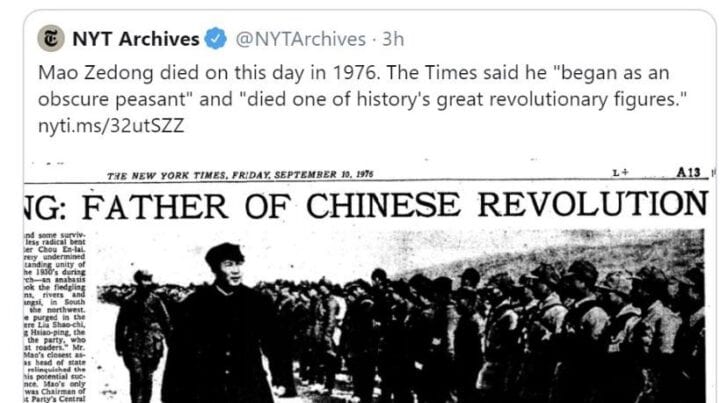 After on online uproar the NY Times deleted the tweet. …But only after the uproar.