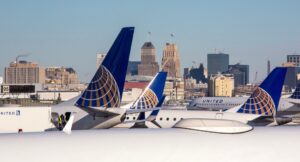 More than 2,000 employees filed a class-action lawsuit against United Airlines for religious and medical discrimination over the unconstitutional vaccine mandatory. Captain Sherry Walker, the co-founder of Airline Employees 4 Health Freedom, told The Gateway Pundit that many of her colleagues have been terminated by United for not violating their faith, or for being too ill to take the shot. “The stories are sad and evil ...
Read More
November 17, 2021 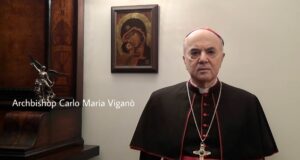 Archbishop Carlo Maria Viganò appealed to Catholics, Christians, and people of Faith to unite against the dark forces of globalism.  Archbishop Viganò sent The Gateway Pundit his video and Appeal for an Anti-Globalist Alliance. Please watch his moving call for unity, courage, strength, and faith. Archbishop Viganò shared this moving text and video with us on Wednesday.  The video and text are an international call for the ...
Read More
October 23, 2021 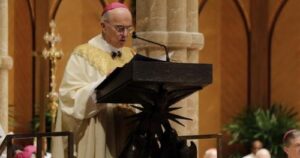 Archbishop Carlo Maria Viganò, 80, has written an open letter to America’s bishops expressing concern about various issues concerning the Coronavirus, and the vaccinations against the virus.     The central concern of the former Vatican nuncio to the United States (2011-2016) is that the testing of the various vaccines has not yet been completed, and will not be completed in many cases until 2023 or 2024.     Since ...
Read More
October 21, 2021

The President of the Russian Federation severely criticized the West for having allowed woke culture to introduce 'reversed discrimination' through critical race theory and the destruction of traditional family values through gender ideology. SOTCHI, Russia (LifeSiteNews) — Russian President Valdimir Putin has condemned the promotion of woke culture in the West, including critical race theory and gender ideology, and has described the latter as a “crime against ...
Read More
October 20, 2021 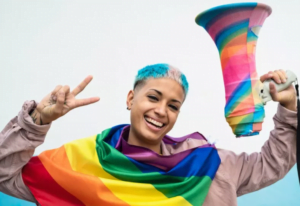 Study: An UNBELIEVABLE 30% of Millennials Now Identify as LGBTQ

A recent study about the rising influence of Millennials has revealed that almost 1/3 of the nearly 70 million adults that make up America’s most populous generation now identify as LGBTQ. The unprecedented number of people who are identifying this way is a terrifying signal of the group’s ever-growing propensity to be influenced by the Left’s Marxist propaganda. The paper’s author, George Bana, told Newsweek that the sharp uptick can ...
Read More
October 4, 2021

Attorney General Merrick Garland called on the FBI to “use its authority” against parents who threaten or use violence against public school officials in a Monday memorandum. Garland said there has been a “disturbing spike in harassment, intimidation, and threats of violence against school administrators, board members, teachers, and staff.” He said he is directing the FBI to work with each U.S. attorney and leaders “in each federal ...
Read More
August 26, 2021 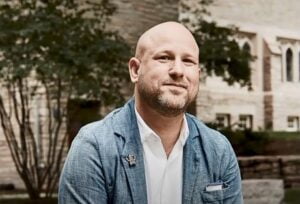 Harvard Hires New Chaplain who does not believe in God, claims US politics is his true religion

A university founded on Christian faith has strayed from its values and become a reflection of the 'nones' culture. (LifeSiteNews) — It’s 2021, and anything is possible. A man can be a woman. A woman can be a man. A man can get pregnant. There are so many genders you can identify as pretty much anything you’d like to — the trans-racial trend is just around the corner. In fact, definitions ...
Read More
June 17, 2021 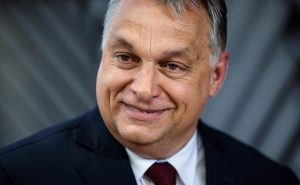 ‘Hungarian freedom means not only … freedom of speech … but also the right to defend our families and educate our children as we see fit.’ BUDAPEST, Hungary, June 17, 2021 (LifeSiteNews) — Prime Minister Viktor Orban promised to “protect our children” with the recently passed legislation which includes forbidding the showing of pornographic material or content portraying homosexuality or transgenderism to minors under the age of 18 ...
Read More
June 10, 2021 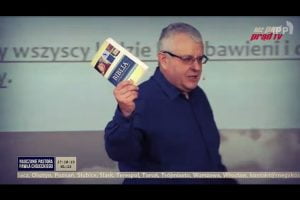 On June 10, the government of Poland, a democratic republic, joined the increasingly despotic regimes of Canada, Australia, New Zealand, and, oh, Communist China, where the persecution of dissenting voices, particularly Christian pastors, is increasingly on the rise. In an extraordinary move, the Polish state ruled against evangelical pastor Paweł Chojecki, punishing him for exercising his freedom of speech and for publicly criticizing in his sermons and ...
Read More
June 4, 2021 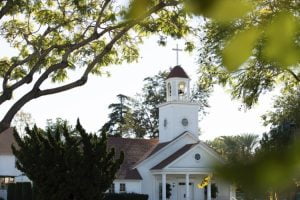 The state of California has agreed to not discriminate against houses of worship with coronavirus restrictions and will pay more than $2 million in legal settlements in two major cases that ultimately forced the state to allow churches to reopen. Attorneys with the Thomas More Society and LiMandri & Jonna LLP reached settlements this week in South Bay United Pentecostal Church, et al. v. Newsom, et al. and Father ...
Read More