Censored.tv, a network featuring the most censored — and some of the most interesting — people on the internet, has now been banned from Instagram and Facebook.

The network is home to popular and controversial commentators such as Gavin McInnes, Milo Yiannopoulos, Laura Loomer, Joe Biggs and many others. 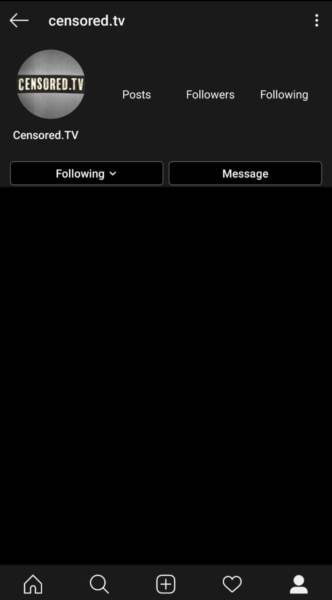 McInnes, the comedian and political commentator who founded the Proud Boys, said that he is receiving reports that people who simply “liked” or followed the pages have been banned for “supporting a violent organization.” He said that “this could come from the FBI saying ‘white nationalists’ are just as dangerous as ISIS. That must include Proud Boys, which must include me, and anyone remotely associated with me.”

Proud Boys are a diverse right-wing and pro-Trump social club for men, though they have been smeared as “white nationalists” by the left for years.

It is not only the accounts for the network and those who work there that have been censored by the Silicon Valley giants, but also all links to their website from any user, including in direct messages.

“Censored.tv is the new n—-r,” remarked Yiannopoulos, the network’s Friday night host, when asked for a comment about the ban.

“You can’t even say ‘I hate the alcoholic, bed-wetting neo-Nazi warlords at censored.tv in a DM to a friend,” Yiannopoulos added. “What an amazing compliment and admission of fear and respect from Menlo Park.” 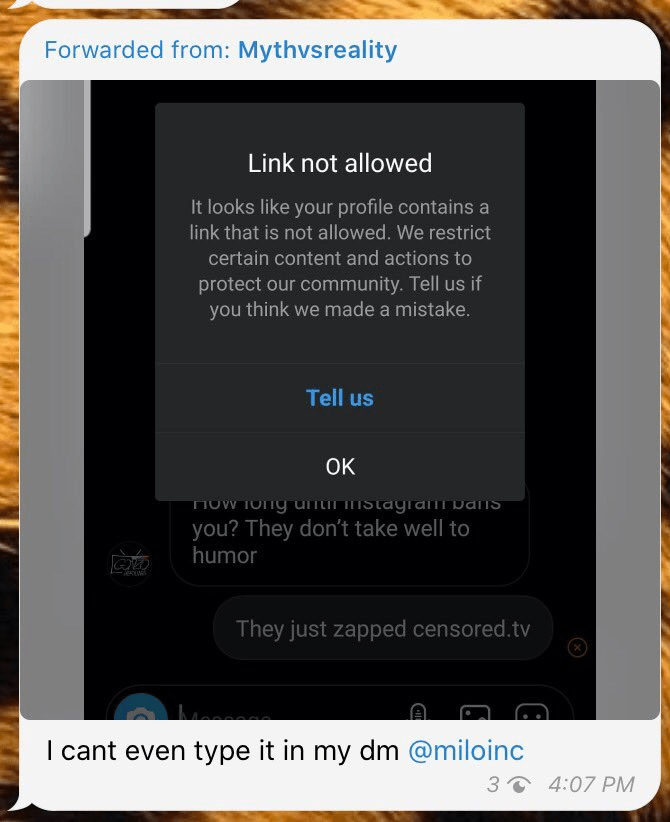 McInnes told Gateway Pundit that even their tech guy was banned from both platforms.

“This is clearly Big Tech trying to deny the right to a platform. They are for the DNC and against free speech — which ultimately means they are against America,” McInnes said. “Punishing me is not enough. Now they want to punish anyone who goes near me. They think this is going to help them win 2020, but they’ve already lost.” 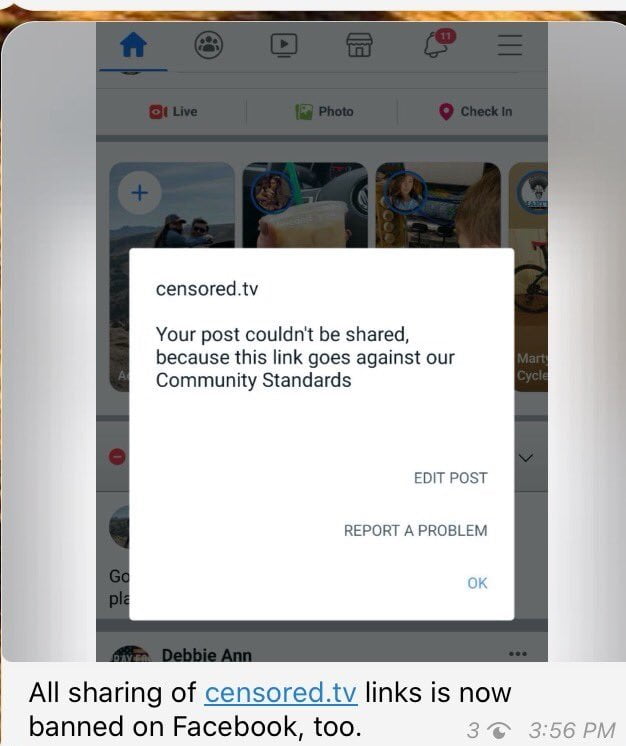 Biggs called the ban “horsesh-t” and noted that his show on the network is about health and helping veterans — hardly controversial content.

“Here we have a website with the most banned people on the planet, putting out actual content. Real content with a bit of comedy added to it,” Biggs told TGP. “God forbid we bring a little laughter into this world.”

The veteran said that the ban is typical behavior from Democrats and their allies in Big Tech, who ban hardworking individuals from social media platforms “in an effort to control the narrative.”

“This is unacceptable behavior — and childish,” Biggs added. “I mean, my show is about helping veterans and getting healthy. What is so threatening about that?”

A fan account for Loomer, who is also running for Congress in Florida, reported that they were not even allowed to post an image with the link written on it.

Loomer recently filed a formal Federal Election Commission complaint against Twitter for providing in-kind corporate contributions to her opponent, Democrat Congresswoman Lois Frankel, by censoring her from the platform.

The feisty candidate has also inspired a bill to stop political censorship by Big Tech platforms. The bill, introduced last month by Florida State Senator Joe Gruters, awards a minimum of $75,000 in damages against social media companies that “deletes or censors the user’s religious speech or political speech; or uses an algorithm to disfavor or censure the user’s religious speech or political speech.” It will also bar tech platforms from using “the social media website user’s alleged hate speech as a basis for justification or defense of the social media website’s actions at trial.”

“Facebook, which owns Instagram, might as well change its name to Fascistbook because they have yet again decided to censor and ban people who express conservative opinions. Mark Zuckerberg is an absolute hypocrite. Less than 1 week ago he said Facebook must stand up for free speech, and in the same week he is banning people affiliated with Censored.TV, a new site that I am a part of, which was created to host the content of banned individuals,” Loomer told TGP in response to the ban.

“Facebook is creating a digital gulag and Mark Zuckerberg is essentially the gestapo, silencing and even threatening the lives of those who he disagrees with politically. In May, Facebook and Instagram banned me and labeled me a dangerous individual, which prompted me to file a 3 billion dollar lawsuit against the company for defamation. The day I filed my lawsuit, Facebook changed its community standards to say it was ok for users to post death threats against me and others they deemed ‘dangerous individuals,’” Loomer continued. “It is so obvious Facebook and it’s company Instagram along with Twitter are amping up their silencing of conservatives so that they can help the Democrats steal the 2020 election. They must be stopped.”

Those who wish to support the network can visit their website for more information.