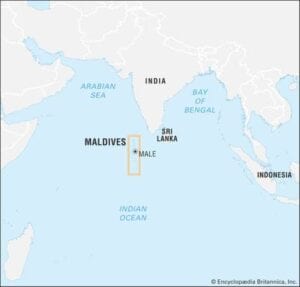 One of the poorest countries in the world, Maldives has a developing economy based on fishing, tourism, boatbuilding, and boat repairing. The gross national product (GNP) per capita is among the lowest in the world. Most of the population subsists outside a money economy on fishing, coconut collecting, and the growing of vegetables and melons, roots and tubers (cassava, sweet potatoes, and yams), and tropical fruits. Cropland, scattered over many small islands, is minimal, and nearly all of the staple foods must be imported. Fishing, the traditional base of the economy, continues to be the most important sector, providing employment for approximately one-fourth of the labour force as well as accounting for a major portion of the export earnings. Tuna is the predominant fish caught, mostly by the pole-and-line method, although a good deal of the fishing fleet has been mechanized. Most of the fish catch is sold to foreign companies for processing and export.1

In 2016, Al Jazeera’s Investigative Unit exposed massive corruption at the top of the Maldives government, exposing a $1.5bn money-laundering plot, bribery, theft and fraud in the island paradise. President Abdulla Yameen was receiving cash in bags filled with up to $1m – so much that it was “difficult to carry”, according to one of the men who delivered the money. A documentary, Stealing Paradise, provides an unprecedented insight into how international corruption is carried out.

President Yameen’s presidency has been marked by efforts to crush dissent, imposing a 45-day state of emergency and jailing or forcing into exile many political opponents. A report on the Maldives in the South Asian Association for Regional Cooperation (SAARC) review of the Convention on Preventing and Combating Trafficking of Women and Children for Prostitution has highlighted the Maldives as a destination country for human trafficking, “where the primary form of trafficking is forced labour.”

Human Trafficking in the Maldives

(via Wikipedia) The Maldives is primarily a destination country for migrant workers from Bangladesh, and, to a lesser extent, India, some of whom are subjected to trafficking in persons, specifically forced labor. Some women are also subjected to forced prostitution. An unknown number of the 110,000 foreign workers currently working in the Maldives – primarily in the construction and service sectors – face fraudulent recruitment practices, confiscation of identity and travel documents, withholding or non-payment of wages, or debt bondage. Thirty thousand of these workers do not have legal status in the country, though both legal and illegal workers were vulnerable to conditions of forced labor. Diplomatic sources estimate that half of the 35,000 Bangladeshis in the Maldives went there illegally and that most of these workers are probably victims of trafficking. Migrant workers pay $1,000 to $4,000 in recruitment fees in order to migrate to the Maldives; such high recruitment costs increase workers’ vulnerability to forced labor, as concluded in a recent ILO report.[1]

A small number of women from Sri Lanka, Thailand, India, China, the Philippines, Eastern Europe, and former Soviet Union countries are recruited for forced prostitution in Malé, the capital. A small number of underage Maldivian girls reportedly are trafficked to Male from other islands for involuntary domestic servitude; this is a corruption of the widely acknowledged practice where families send Maldivian girls to live with a host family in Male for educational purposes.[1]

Trafficking offenders usually fall into three groups: families that subject domestic servants to forced labor; employment agents who bring low-skilled migrant workers to the Maldives under false terms of employment and upon payment of high fees; and employers who subject the migrants to conditions of forced labor upon arrival.[1]

The Government of the Maldives does not comply with the minimum standards for the elimination of trafficking in persons; however, it is making significant efforts to do so. Despite these efforts, the government lacks systematic procedures for identifying victims of trafficking among vulnerable populations, and during the reporting period it did not investigate or prosecute trafficking-related offenses or take concrete actions to protect trafficking victims and prevent trafficking in the Maldives. Therefore, the Maldives is placed on Tier 2 Watch List. After 30 years of one-party rule, the new government – formed in 2009 – is continuing to build the institutions of democratic governance.[1]

Last year, Christians were persecuted more than ever before in the modern era — and this year is expected to be worse: "4,136 Christians were killed for faith-related reasons," according to Open Doors USA in its recently published World Watch List 2019 (WWL) of the top 50 nations where Christians are persecuted. "On average, that's 11 Christians killed every day for their faith." Additionally, "2,625 Christians ...
Read More
March 8, 2014 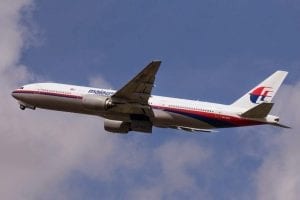 ‘The Guardian’ Predicts that by 2020, “Spain will be ridden with malaria, …there will be almost no snow in the Alps”

The Guardian newspaper famously predicted back in 1999 that by the year 2020, “Spain will be ridden with malaria, the eastern Mediterranean will be as hot as the Sahara desert, flash floods will swamp parts of the American coastline and there will be almost no snow in the Alps.” While there is no way to definitively debunk current predictions of a coming climate apocalypse, fortunately we do possess ...
Read More