Young registered Democrats are far less tolerant of those with whom they disagree politically than their independent and Republican counterparts, a newly published survey reveals.

Supporting the “inclusive” Democrat Party have so much disdain for those on the other side of the political spectrum that a wide majority of them refuse to go on dates with or be friends with Republican voters nor do they want to work for or shop Republican-owned businesses, according to a poll published by Generation Lab/Axios on Wednesday.

Researchers gathered responses from a representative sample of 850 college students nationwide. While 5 percent of Republicans said they wouldn’t be friends with someone from the opposite party, a whopping 37 percent of Democrats said they would never befriend a Trump supporter.

Thirty percent of Democrats said they would never even work for someone who voted differently from them, versus 7 percent of Republicans. 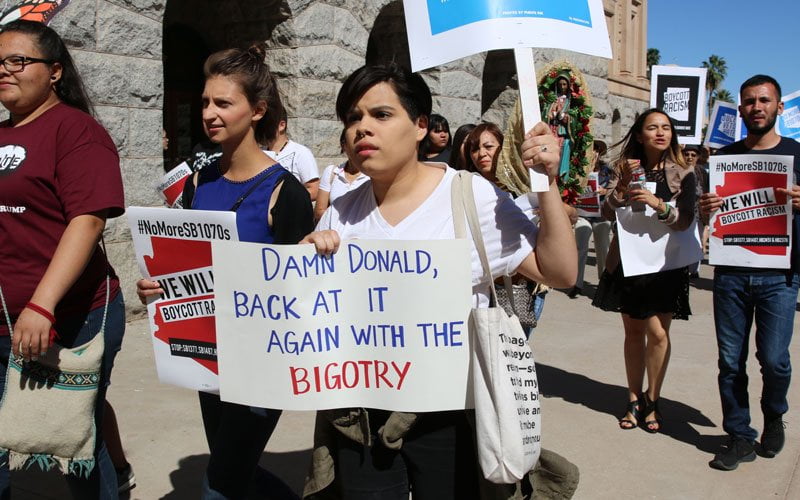 Eighty-four percent of men have no problem shopping or supporting the business of someone who voted for the other party, compared to just 68 percent of women.

Leftists on Twitter are standing by their anti-Republican bigotry.

It’s not that Dems don’t want to date or be friends with someone who believes in small government or supply side economics. It’s not wanting to associate with people who don’t think women, Black people, immigrants, and LGBTQ folks deserve human rights. https://t.co/dAqWsTi3We

I tend to think Dems not wanting to date Republicans is b/c they’re rational & want to avoid long-term disagreement over foundational issues. Or maybe conservatives are bad in bed. Both? https://t.co/JVTYUBkyHf

I consider this an encouraging sign of younger people paying attention and not tolerating bad behavior.

Young Dems more likely to despise the other partyhttps://t.co/zdHoQSYehE

“Young Dems More Likely to Despise The Other Party”? You mean the other party that chooses to allow students to be gunned down in school? The other party that is racist, is rigging states’ elections, trying to take away women’s rights & ignorning climate change? #morningjoe