An individual was reportedly arrested by Ukrainian Law Enforcement who was attempting to bribe government officials with $6 million to end an investigation into Burisma and Hunter Biden.

It was first reported on June 12th that:

This evening Ukrainian investigators seized $6 million in cash and arrests were made in an alleged bribe to Ukrainian prosecutors to halt investigations into the Burisma group of companies and involvement with Hunter Biden, the son of Democrat Presidential Candidate Joe Biden, CDMedia has learned. The bribes were allegedly to the Director of the National Anti-Corruption Bureau of Ukraine (NABU) and the Office of the Special Prosecutor (SAP). This information was posted on official NABU social media. We are told the operation had been under way for 2 weeks and is still ongoing.

The Facebook pictures of the event show law enforcement standing over $6 million in cash: 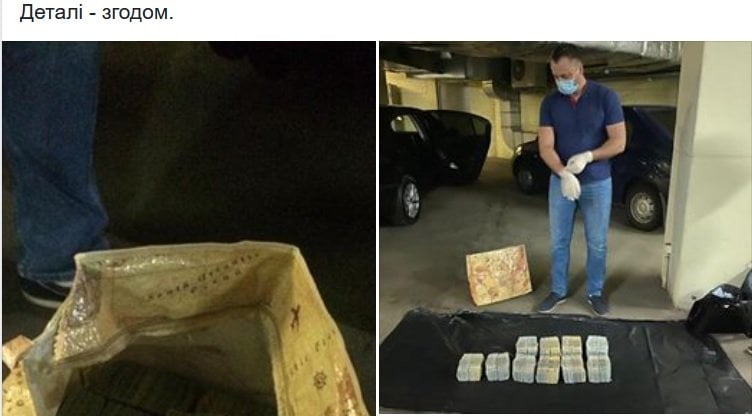 Per an update at CD Media:

Andrei Kicha, who handled the bribe and is detained, works as Deputy Director for Legal Affairs of Burisma.

The first deputy head of the Kiev tax Nikolay Ilyashenko tried to bribe the leadership of NABU and SAP for closing criminal proceedings against the largest Ukrainian gas producing private company Burisma, which was owned by former Minister of Ecology and Natural Resources Nikolai Zlochevsky, writes Obozrevatel.

This was announced on Facebook by journalist Yuri Butusov. According to him, among the detainees Ilyashenko himself and Andrei Kicha, director of legal affairs at Burisma.

“(They gave money) for the fact that the special anti-corruption prosecutor Nazar Kholodnitsky will close the case of the infamous Burisma company, which was owned by oligarch Nikolai Zlochevsky, and whose supervisory board was the son of Joe Biden, a former US vice president and, in the near future, a probable candidate for US president from the Democratic Party, “the journalist wrote.

Of course, if there is corruption in the Ukraine, it involves Obama and/or the Bidens.