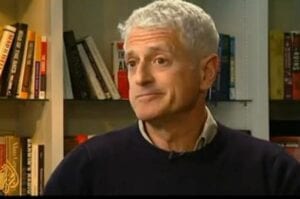 Anti-corruption officer James Wasserstrom was posted to Kosovo to fight corruption but in 2007 he witnessed misconduct involving UN officials and a local utility company. He later reportedly uncovered evidence that two senior UN officials had received bribes for awarding a contract for the building of a coal fired power plant and mine. After complaining to the UN’s oversight office his job was effectively abolished and he was investigated for misconduct. Wasserstrom then went to the UN’s Ethics Office where it was eventually ruled that he was maltreated but that this did not count as retaliation against a whistleblower.

After a lengthy legal battle, documents backing his version of events were uncovered and the UN’s Dispute Tribunal overturned the original decision. Whilst a judgement was not made on the alleged corruption in the UN’s Kosovo mission, it was decided that the UN’s original evidence was conflicted and that the mechanisms for dealing with whistleblowers within the UN were fundamentally flawed. United Nations Secretary General, Ban Ki-moon had refused to hand over confidential documents relating to the case to the UN personnel tribunal, despite repeated orders by the tribunal to do so.

Wasserstrom has been critical of the pace of reform in the UN and also of Secretary General, Ban Ki-moon for allegedly undermining support for whistleblowers by trying to limit the jurisdiction of the UN dispute tribunal.

Now, here’s what happened in the Wasserstrom case:

UNDT sided with Mr. Wasserstrom (though it only awarded him 2% of the 3.2 million compensation requested). In particular, UNDT:

Unfortunately for Mr. Wasserstrom–and for the credibility and integrity of the UN whistleblower protection system more generally–the UNAT (in a 2-1 decision) vacated UNDT’s decision. UNAT did so not on the merits, but rather on the basis of the specious legal claim that UNDT had no authority to hear a challenge to a decision of the Ethics Office.  Why not?  The decision is not exactly a model of lucid reasoning, but the main argument is as follows: Because the Ethics Office can only issue “recommendations” (to the department head, Under-Secretary, or Secretary General), its decisions are not “administrative decisions” subject to review by UNDT.

There are two ways one could criticize this decision–internal and external. The internal criticisms are nicely summarized by UNAT Judge Faherty’s dissenting opinion. As she correctly points out, notwithstanding the Ethics Office’s “operational independence,” it is part of the Secretariat, and under UNAT precedent any decision by such an entity “capable of affecting an employee’s terms of employment and conditions of service ‘may be impugned’.” Moreover, although the Ethics Office’s actions may be styled formally as “recommendations,” in practice these decisions are clearly–and intentionally–extremely consequential for any subsequent action taken by the UN Secretariat. In Judge Faherty’s words, in light of the overall structure of the review scheme:

[I]t is inconceivable that a finding of the Ethics Office pursuant to its statutory mandate can be otherwise than an “administrative decision” capable of review by the Dispute Tribunal. To hold otherwise would render nugatory the substantive protection and remedies afforded to staff members under ST/SGB/2001/21.

I’m not an expert in internal UN procedural law, but my sense from the opinions is that Judge Flaherty clearly has the better legal argument. Though nominally “recommendations,” Ethics Office decisions are clearly intended to have at least a presumptive effect on a UN employee’s terms and conditions of employment. But suppose for the sake of argument that this is not the case. That leads to the external critique of the outcome in this case: If the UNAT majority has the law right–if Ethics Office determinations are not reviewable–then in practice, as Judge Faherty says, the alleged whistleblower protections that the UN provides are largely illusory.

To see this, let’s assume for the moment that Mr. Wasserstrom (and UNDT) are correct in their assessment of the facts and the law.  On that assumption, the UNAT conclusion (urged by the Secretary General), would imply:

Does this sound like a system that provides (to quote UNCAC Article 33) “appropriate measures to provide protection against any unjustified treatment for any person who reports in good faith and on reasonable grounds to the competent authorities any facts concerning [corruption] offences”? Not to me it doesn’t.

The current UN system for dealing with anticorruption whistleblowers, as interpreted by UNAT (at the Secretary General’s urging), is a scandal and a travesty.