The French National Assembly has approved a number of amendments to the nation’s bioethics law, one of which would legalize abortion-on-demand up to birth.

By a vote of 60 in favor and 37 opposed, the legislators agreed to permit abortion at any time for a mother undergoing “psycho-social distress,” a nebulous term that allows healthcare workers total leeway to approve the procedure.

Currently, late-term abortions require medical approval limited to cases of severe malformation of the fetus or when a pregnancy puts the mother’s life in danger, but the new law would expand this second form of abortion to include cases where the mother suffers “psycho-social distress.” 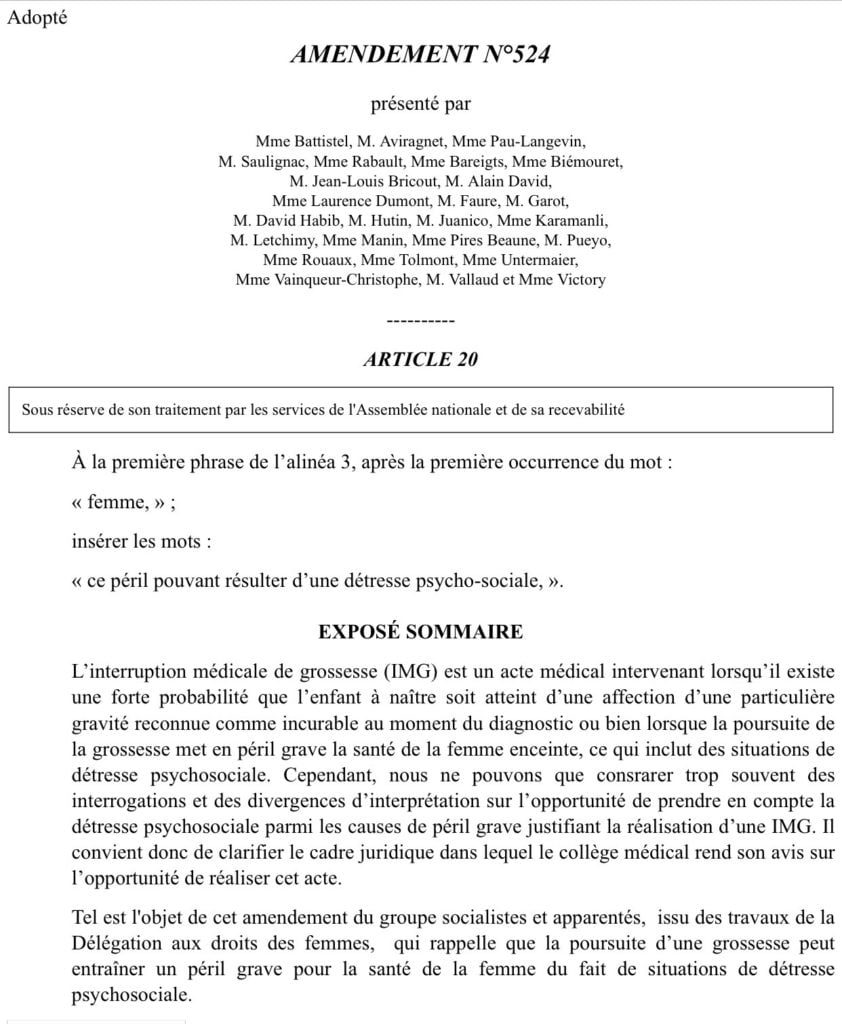 The French pro-life group Alliance Vita underscored that psycho-social distress is an “unverifiable criterion,” which opens the door for women to have a medical abortion for any reason.

“Those who know that it has NEVER been possible to verify distress, which was the former motive for voluntary abortion, will understand where the trap lies,” wrote Tugdual Derville, founder of Alliance Vita.

Commenting on the results of the vote, Bishop Bernard Ginoux of Montauban tweeted that “this is the way that civilizations die and the genius of peoples is annihilated,” adding that future generations “are in great danger.”

The bishops also expressed his dismay that out of 577 deputies in the National Assembly, just over 100 showed up for the vote, for a law that sanctions “major ethical transgressions” that have been rejected by the General Assembly of Bioethics.

At present, some 220,000 legal abortions take place every year in France but many fear the number will increase with the new amendments that would expand access to late-term abortions.

There were further objections over the lack of time taken to properly assess the Bill. Only 25 hours were given to discussion, while the amendment on artificial procreation was introduced a few hours before the vote on the whole text.

After its approval by the National Assembly, the Bill will now return to the Senate for a second reading.

A joint committee of the two houses will vote on the law later this year, but if no consensus is reached the National Assembly’s decision will be considered final.