A new paper recently published in the Journal of the AMA (JAMA) shows that Ivermectin works way better than the COVID vaccine in keeping you from dying from COVID.

This was an open-label randomized trial done in Malaysia with around 250 patients in each arm. One arm got IVM + standard of care, the other arm got the standard of care.

Of course, JAMA never would have published this if they thought that people would actually look at the data. The abstract says: “The study findings do not support the use of ivermectin for patients with COVID-19.” You are supposed to read the abstract and believe that ivermectin has no effect.

In fact, that’s exactly what people do even when you tell them expressly to ignore that:

Do not fall for it. Read the paper if you want the truth. If you want to be misled, just read the abstract.

Pierre Kory did a brilliant takedown of the paper on his substack. I won’t repeat that here. Instead, I’ll just summarize the data for you; the hidden gems in the paper that you are never supposed to notice.

The lower the p-value, the more significant the result is. A Chi-squared test was used. Data came from the JAMA paper appendix. 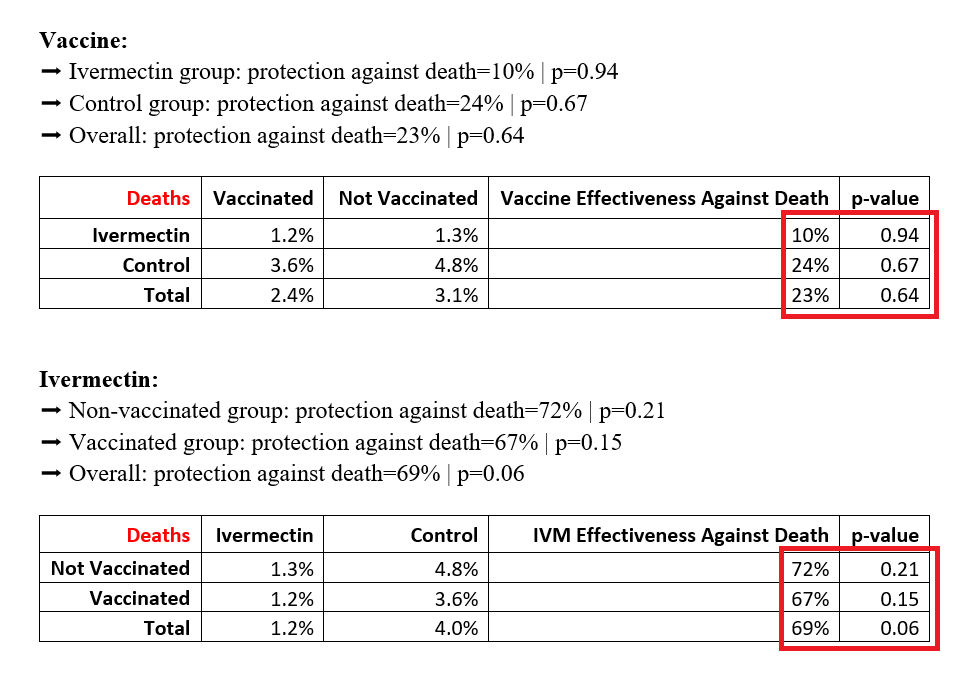 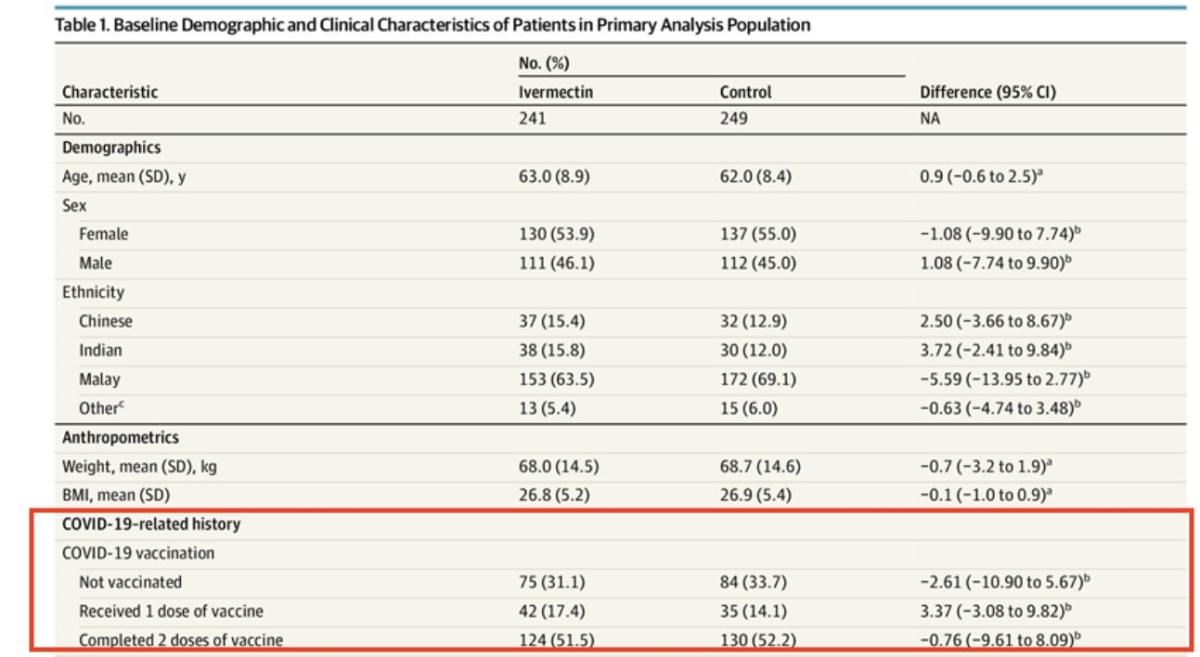 Interpretation Of The Data

So there are five takeaways from the study:

I want to thank Massimaux for highlighting what the study said in his tweet. 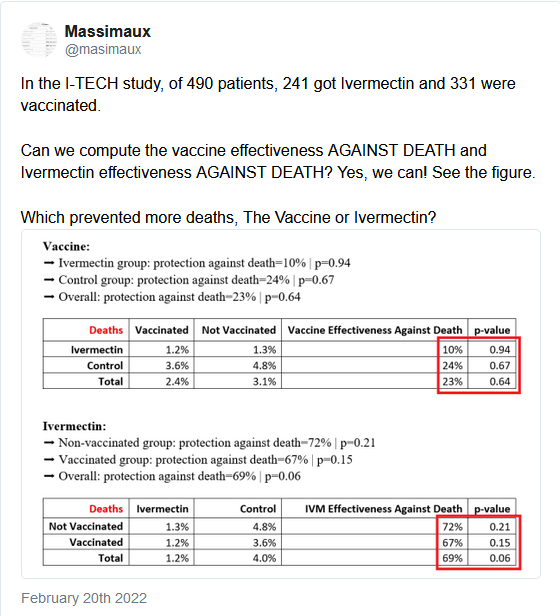 It doesn’t get much better than this. A paper published in JAMA showing ivermectin is three times better than the vaccines in preventing death.

Combined with the risk data of the vaccines, it’s clear that if you are given a choice, you’d always choose ivermectin and never choose the vaccine.

Will this paper make a difference? I don’t think so.