There are mysteries that are so eerie and strange that they boggle the mind for days on end. The case of Elisa Lam is one of them. In February 2013, this 21-year-old student from Vancouver, Canada, was found dead inside the Cecil Hotel’s rooftop water tank in Los Angeles. The L.A. County Department of Coroner ruled the death “accidental due to drowning” and said no traces of drugs or alcohol were found during the autopsy. However, there is much more to the story than what is implied by police reports. The first piece of evidence that needs to be considered is an elevator surveillance tape that recorded Elisa’s behavior only a few moments before she lost her life.

The four-minute video posted on YouTube shows Elisa pressing all of the elevator buttons and waiting for it to move. Seeing that the elevator doors are not closing, starts behaving extremely bizarrely. Here’s the video.

At first, Elisa enters the elevator and apparently presses all of its buttons. She then waits for something to happen but, for some reason, the elevator door doesn’t shut. She starts to look around as if she is expecting (or hiding from) someone. At 1:57, her arms and hands start moving in a very strange matter (almost not human) as she appears to be talking to someone, something … or nothing at all. She then walks away. The elevator door then shuts and appears to start working again.

Right after the events of the video, Elisa apparently gained access to the rooftop of the hotel, climbed to its water tank and, somehow, ended up drowning in it. Her body was found two weeks after her death after hotel guests complained about the water’s taste and color. Incredible.

Seeing the surveillance footage, most people would conclude that she was under the influence of drugs. However, Elisa did not have a history of drug use and her autopsy concluded that no drugs were involved. When one looks at the context and the circumstances of this death, things become even more mysterious.

Built in the 1920s to cater to “businessmen to come into town and spend a night or two”, Cecil Hotel was quickly upstaged by more glamorous hotels. Located near the infamous Skid Row area, the hotel began renting rooms on a long-term basis for cheap prices, a policy that attracted a shiftier crowd. The hotel’s reputation quickly went from “shifty” to “morbid” when it became notorious for numerous suicides and murders, as well as lodging famous serial killers.

Now on death row, Ramirez, labeled “the Nightstalker”, was living at the Cecil Hotel in 1985, in a top floor room.  He was charged 14 dollars a night.  In a building filled with transients, he remained unnoticed as he stalked and killed his 13 female victims. Richard Schave, said “He was dumping his bloody clothes in the Dumpster, at the end of his evening and returned via the back entrance.”

Jack Unterweger, was a journalist covering crime in Los Angeles for an Austrian magazine in 1991.  “We believe he was living at the Cecil Hotel in homage to Ramirez,” Schave said.

He is blamed with killing three prostitutes in Los Angeles, while being a guest at the Cecil.

In the 50’s and 60’s the Cecil was known as a place that people would go to jump out of one of the hotel’s windows to commit suicide.

Helen Gurnee, in her 50s, leaped from a seventh floor window, landing on the Cecil Hotel marquee, on October 22, 1954.

Pauline Otton, 27, jumped from a ninth floor window after an argument with her estranged husband, on October 12, 1962.  Otton landed on George Gianinni, 65, who was walking on the side walk, 90 feet below. Both were killed instantly.

There was also a murder of one of the residents.  “Pigeon Goldie” Osgood, a retired telephone operator, known for protecting and feeding pigeons in a nearby park, was found dead in his ransacked room on June 4, 1964.  He had been stabbed, strangled, and raped.  The crime still remains unsolved.”

Elisa Lam’s case is yet another sordid addition to the hotel’s history and can lead us to ask: “What the hell is wrong with that place”? 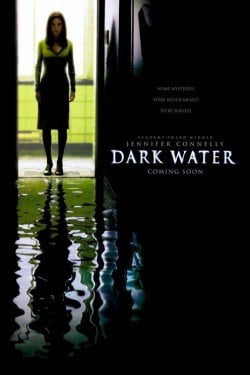 The story of Elisa Lam is eerily similar to the 2005 horror movie Dark Water. Dahlia, the main protagonist of the movie moves into an apartment building with her young daughter Cecilia. Both of these names are relevant. Black Dahlia is the nickname given to Elizabeth Short, a woman who was the victim of a gruesome murder in 1947 – one that appeared to be particularly ritualistic. The case was never solved. According to LA Observed, it is rumored that Black Dahlia was at Cecil Hotel right before she lost her life.

“The Black Dahlia, Elizabeth Short, is alleged in at least one book to have hung out at the Cecil and drank at the bar next door before she disappeared in 1947, though cultural historians Kim Cooper and Richard Schave of Esotouric say that’s just rumor.”
– LA Observed, Serial Killer Central

In the movie, the daughter’s name, Cecilia, is, obviously, quite similar to the name Cecil Hotel.

After moving into her apartment, Dahlia notices dark water leaking from the ceiling in her bathroom. She ultimately discovers that a young girl named Natasha Rimsky drowned in the building’s rooftop water tank, which caused the water to turn black. The owner of the apartment building knew about this fact but refused to take action. Elisa Lam’s body was in the water tank for over two weeks, causing hotel guests to complain about foul-tasting “black water”.

The ending of the movie is also eerily relevant: The apartment buildings elevator malfunctions and the ghost of Cecilia’s mother braids her hair. Is Elisa Lam’s death one of those ritualistic murders that are synchronistically mirrored in a Hollywood movie?

Shortly after the discovery of Elisa Lam’s body, a deadly outbreak of tuberculosis occurred in Skid Row, near Cecil Hotel. You probably won’t believe the name of the test kit used in these kinds of situations: LAM-ELISA. That is hardcore synchronicity.

LA authorities ruled in June 2013 that Elisa Lam’s death was accidental and that she was “probably bi-polar”. That being said, some questions remain unanswered. How did Elisa, who was obviously not in her right mind, end up in the hotel’s water tank, an area that is difficult to access? Here’s a picture of the water tank area: 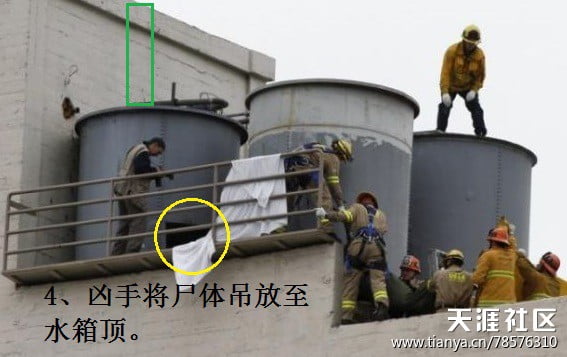 As local reporter stated in a now deleted video that the rooftop area is protected by an alarm system and the water tank is difficult to reach. How did Elisa reach that area? Also, how did she close the water tank lid?

As is usually the case for strange deaths, authorities have been incredibly secretive and non-transparent during this investigation. What truly happened here? Why are there so many strange coincidences? Why was Elisa Lam acting so strange in the elevator? Was there a ritualistic aspect to this death? Why is the Cecil Hotel a hotbed for these kinds of stories? Is there some paranormal stuff going on there involving dark entities? The mystery appears to be whole and authorities do not seem to be wanting to probe further. Maybe I should cite here the slogan that appears on Dark Water movie posters : “Some mysteries are not meant to be solved”.

2 years ago
The FBI, ICE and the Department of Education’s Inspector General are all looking into Democrat Muslima Rep. Ilhan Omar, according to investigative reporter David Steinberg. Congresswoman Ilhan Omar (D-MN) is under heavy fire from the conservative media over her many scandals including marrying her own brother to defraud US immigration, tax fraud, identity fraud and more recently an affair with a married man. Ilhan Omar refuses to answer questions about her fraudulent marriage to her own brother and accuses anyone asking questions of bigotry and Islamophobia. Omar also dodges any … Read More

3 years ago
In sworn testimony, Google CEO Sundar Pichai told Congress last month that his company does not “manually intervene” on any particular search result. Yet an internal discussion thread leaked to Breitbart News reveals Google regularly intervenes in search results on its YouTube video platform – including a recent intervention that pushed pro-life videos out of the top ten search results for “abortion.” The term “abortion” was added to a “blacklist” file for “controversial YouTube queries,” which contains a list of search terms that the company considers sensitive. According … Read More

3 years ago
Last year, Christians were persecuted more than ever before in the modern era — and this year is expected to be worse: “4,136 Christians were killed for faith-related reasons,” according to Open Doors USA in its recently published World Watch List 2019 (WWL) of the top 50 nations where Christians are persecuted. “On average, that’s 11 Christians killed every day for their faith.” Additionally, “2,625 Christians were detained without trial, arrested, sentenced and imprisoned” in 2018, and “1,266 churches or Christian buildings were attacked.” Whereas 215 million Christians … Read More

6 years ago
WSJ reported: “The Obama administration secretly organized an airlift of $400 million worth of cash to Iran that coincided with the January release of four Americans detained in Tehran, according to U.S. and European officials and congressional staff briefed on the operation afterward. Wooden pallets stacked with euros, Swiss francs and other currencies were flown into Iran on an unmarked cargo plane, according to these officials. The U.S. procured the money from the central banks of the Netherlands and Switzerland, they said. The money represented the first installment of … Read More

President George HW Bush Announces the Gulf War and “the Opportunity to Forge for Ourselves and Future Generations, a New World Order”

31 years ago
President George Herbert Walker Bush speaking from the Oval Office on Jan. 16, 1991, spoke about the “new world order” in his speech announcing the start of the Gulf War. “We have before us the opportunity to forge for ourselves and for future generations, a new world order, a world where the rule of law, not the law of the jungle, governs the conduct of nations. When we are successful, and we will be, we have a real chance at this new world order. An order in which a … Read More

Broadcasting the Barricades: A Fake News Hoax by the BBC, a Prank, or a Prelude to War of the Worlds Psyop?

96 years ago
On January 16th, at 7.40pm in the evening (from cramped Edinburgh offices, located in the back premises of a music shop at 79 George Street), an unconventional priest named Father Ronald Knox began his one man reading of a production he called Broadcasting the Barricades. Constructed in an incredibly similar way to the Orson Welles War of the Worlds play, it begins in innocuous terms with a report on the latest Cricket scores, segues into a banal news story, and then suddenly takes a serious turn, reporting on … Read More

236 years ago
Religious Freedom Day is celebrated in America each year on January 16 — the date of the 1786 passage of Thomas Jefferson’s Virginia Statute of Religious Freedom. That measure ended the state-established church in Virginia and for the first time placed all denominations on the same legal footing. That act fully protected the right of religious conscience — one of the first rights protected in America. As John Quincy Adams affirmed, “The transcendent and overruling principle of the first settlers of New England was conscience.” When America became … Read More