Go to Term Page
" >VAERS) is conniving  to suppress the shocking high tally of deaths and reactions to the COVID19 jab.

In what may be criminal activity, VAERS is deleting already published reports compounding their conspiracy of lies and deceit. Hundreds, maybe thousands of vaccine deaths are being covered up.

Independent medical data analyst, Albert Benavides broke the news that VAERS does not publish “follow-up” reports – no follow up investigations, no follow-up autopsies, Nothing!

Benavides showed how the official data in VAERS is being ‘massaged’ to minimize how toxic and deadly these experimental jabs are in this ‘must watch’ video interview by Dr Jane Ruby, below:

In an interview by Dr Jane Ruby Albert revealed that VAERS is deliberating deleting dozens of deaths every week from the experimental COVID19 ‘vaccines’. Dr Ruby lamented:

“It’s A Deliberate CYA By Them To Hide The Truth From The Public. Who Makes That Decision? There Should Be An Independent, Public Fact Checking System!”

Albert contacted Principia Scientific International to volunteer his expertise and help share his compelling warning to as wide an international audience as possible. He told me:

“I am mostly a data cruncher type, but have taken up this obligation to audit the VAERS system.  In short I’ve made over a hundred videos reporting on my weekly audited results.  The last summary video I made this weekend seems to have gone viral and only 8 minutes long.  I also have just released a FREE online Interactive VAERS Dashboard today as my gift to the world for that they may have full informed consent regarding this decision about the jab.  After all my analysis it’s a firm NO for me, however I respect people’s decision but I believe they are under a strong delusion.

I would love to help humanity in anyway I can. My two most powerful slides are below.” 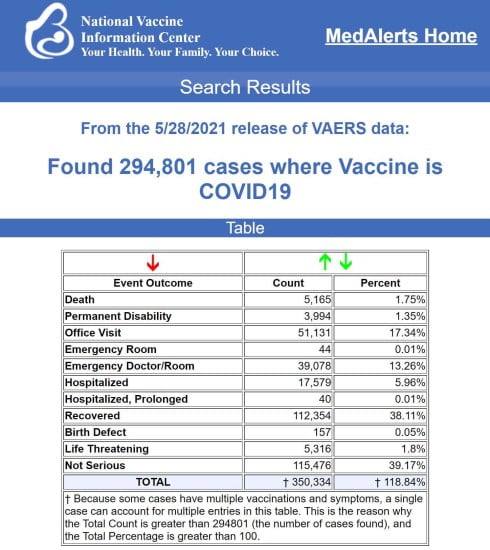 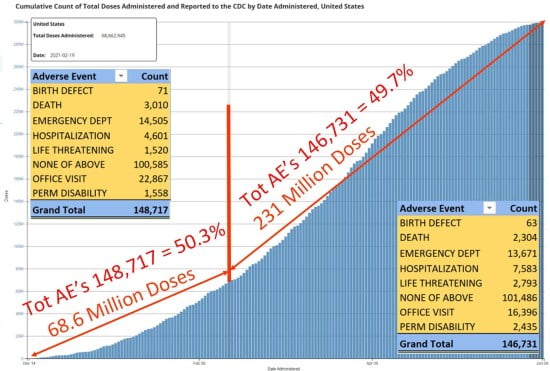 Acting from a deep sense of public duty and not seeking any fame or reward for his tireless research, Albert lamented that the above graphs speak for themselves and that:

“We should have stopped giving these experimental vaccines in January if we knew we had 2000k+ deaths per 36 million jabs by January 31, 2021. What has been done in the name of science is unforgivable.”

About John O’Sullivan John is CEO and co-founder (with Dr Tim Ball) of Principia Scientific International (PSI).  John is a seasoned science writer and legal analyst who assisted Dr Ball in defeating world leading climate expert, Michael ‘hockey stick’ Mann in the ‘science trial of the century‘. O’Sullivan is credited as the visionary who formed the original ‘Slayers’ group of scientists in 2010 who then collaborated in creating the world’s first full-volume debunk of the greenhouse gas theory plus their new follow-up book.

12 months ago
Public health policies, public perception potentially affected as terminology changes. In a shocking reversal that’s akin to redefining reality, the World Health Organization has changed its definition of herd immunity. Herd immunity occurs when enough people acquire immunity to an infectious disease such that it can no longer spread widely in the community. When the number susceptible is low enough to prevent epidemic growth, herd immunity is said to have been reached. Prior to the introduction of vaccines, all herd immunity was achieved via exposure to and recovery from … Read More