President Reagan is inaugurated as the 40th President of the United States; the following day Searle Chairman Donald Rumsfeld took the steps to re-apply aspartame’s approval for use by the FDA, which originally was rejected again, but FDA Commissioner Hull stacked the commission with a ‘yes’ man to tie the vote 3-3, then Hull cast the deciding vote himself to approve the carcenogenic sugar alternative. CIA Director William Casey: “We’ll know our disinformation program is complete when everything the American public believes is false.”

Two months after his inauguration, an assassination attempt takes place on President Ronald Reagan by John Hinckley, Jr, a family friends of VP George Bush. MTV is launched and begins corrupting youth to a culture of drugs, sex, and rebellion. Nine of the Wujek coal miners who were on strike in Poland are killed by Comminist security police. 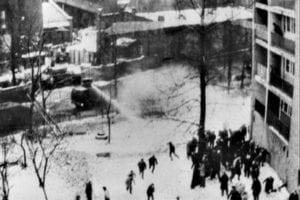 Radio Poland reported that the criminal cases against police accused of killing nine mine workers and wounding dozens more at the Wujek and Manifest Lipcowy mines, will pass to the archives at the Institute of National Remembrance. On December 16, 1981, communist security police were dispatched to the mines to quell the upstart Solidarity-led opposition, three days after martial law was declared. The miners were striking against the ...
Read More
November 8, 1981 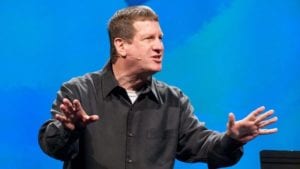 Award Winning Journalist, Atheist, and Editor at the Chicago Tribune, Lee Strobel, is Baptized after Setting Out to Prove to His Wife that Christianity was a Hoax.

Strobel was awarded a slew of awards in 1980 for his investigative journalism and was promoted to legal affairs editor for the Chicago Tribune. His investigation to prove that their was no resurrection and that Christianity was hoax began when his wife, Leslie, became a Christian. Using his journalistic and legal training to disprove the claims of Christ soon became his full focus. Strobel's investigations led ...
Read More
August 1, 1981

Music Television (MTV) is Launched and Begins Corrupting Youth to a Culture of Drug, Sex, and Rebellion

While some people believe the story of American inventor Thomas Ogle is a myth or urban legend, the reality is that Ogle designed and implemented a “vapor carburetor” that allowed a vehicle to achieve over 100 miles per gallon of gasoline in 1977 — with no carbon emissions. Sadly, Ogle’s invention would never see the light of day. After surviving an assassination attempt, Olge subsequently died ...
Read More
March 30, 1981 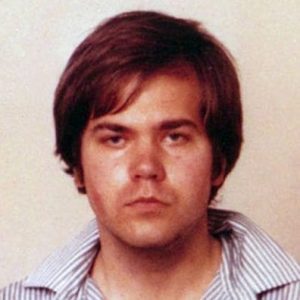 From TomFlock.com via Rense.com, The Hinckley and Bush Families were Close Friends: Everyone knows who John Hinckley, Jr. is. This youngest Hinckley son is now being permitted unsupervised visits within the Washington, DC metropolitan area--away from his mental facility, after nearly killing President Reagan in 1981. But a much more interesting subject is, who is John Hinckley, Sr.? In 1980, Hinckley Sr. was a Texas oilman ...
Read More
February 4, 1981

William Casey: “We’ll know our disinformation program is complete when everything the American public believes is false.”

“We’ll know our disinformation program is complete when everything the American public believes is false.” William Casey, CIA Director 1981-1987 Did William Casey really say this?  There has been debate as to whether he actually did. If there is proof he did say this, it should ring alarm bells for everybody. So alarm bells should now be ringing. The allegation that the quote is unreliable due to the ...
Read More
January 21, 1981 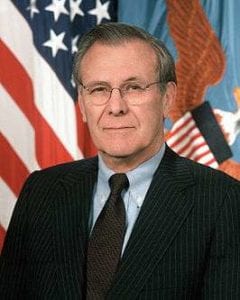 The Conspiracy to Get Neurotoxic Aspartame FDA Approved: The Bitter Truth is Not So Sweet!

The day after Ronald Reagan’s inauguration, Searle Chairman Donald Rumsfeld took the steps to re-apply aspartame’s approval for use by the FDA. New FDA commissioner Arthur Hayes Hull, Jr., appointed a 5-person Scientific Commission to review the board of inquiry’s decision to ban Aspartame. It did not take long for the panel to decide 3-2 in favor of maintaining the ban of aspartame. Hull then decided to appoint ...
Read More
January 20, 1981 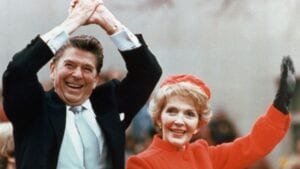 For the first time, an inauguration ceremony was held on the terrace of the West Front of the Capitol. Chief Justice Warren Burger administered the oath of office to the former broadcaster, screen actor, and Governor of California. In the election of 1980, the Republicans won the White House and a majority in the Senate. On inauguration day, American hostages held by the revolutionary government of ...
Read More