At the last minute, at 6 p.m. on Saturday evening, NEWSWEEK magazine killed a story that was destined to shake official Washington to its foundation: A White House intern carried on a sexual affair with the President of the United States!

The DRUDGE REPORT has learned that reporter Michael Isikoff developed the story of his career, only to have it spiked by top NEWSWEEK suits hours before publication. A young woman, 23, sexually involved with the love of her life, the President of the United States, since she was a 21-year-old intern at the White House. She was a frequent visitor to a small study just off the Oval Office where she claims to have indulged the president’s sexual preference. Reports of the relationship spread in White House quarters and she was moved to a job at the Pentagon, where she worked until last month.

The young intern wrote long love letters to President Clinton, which she delivered through a delivery service. She was a frequent visitor at the White House after midnight, where she checked in the WAVE logs as visiting a secretary named Betty Curry, 57.

The DRUDGE REPORT has learned that tapes of intimate phone conversations exist.

NEWSWEEK and Isikoff were planning to name the woman. Word of the story’s impeding release caused blind chaos in media circles; TIME magazine spent Saturday scrambling for its own version of the story, the DRUDGE REPORT has learned. The NEW YORK POST on Sunday was set to front the young intern’s affair, but was forced to fall back on the dated ABC NEWS Kathleen Willey break.

The story was set to break just hours after President Clinton testified in the Paula Jones sexual harassment case.

Ironically, several years ago, it was Isikoff that found himself in a shouting match with editors who were refusing to publish even a portion of his meticulously researched investigative report that was to break Paula Jones. Isikoff worked for the WASHINGTON POST at the time, and left shortly after the incident to build them for the paper’s sister magazine, NEWSWEEK.

Michael Isikoff was not available for comment late Saturday. NEWSWEEK was on voice mail.

The White House was busy checking the DRUDGE REPORT for details.

The DRUDGE REPORT has learned that former White House intern, Monica Lewinsky, 23, has been subpoenaed to give a deposition in the Paula Jones case.

About the young woman, this is known:

*Summer of 1995 Intern, Office of Chief of Staff Leon Panetta, The White House.

*November 1995 Staff assistant, Office of Legislative Affairs, The White House. “Wrote drafts and correspondence for Staff Secretary’s approval and ultimately the President’s signature. Processed and vetted all incoming mail to the President from Congress.”

*April 1996 Assistant to the Assistant Secretary of Defense for Public Affairs, The Pentagon.

Former White House intern Monica Lewinsky, 23, has denied having any “sexual relationship with President Clinton” in a sworn affidavit, the DRUDGE REPORT has learned. Lewinsky’s sworn written statement was executed last week after she was served with a subpoena in the Paula Jones sexual harassment case.

NBC was busy developing a story Tuesday afternoon on Lewinsky. Through a suspected leak, the network obtained a copy of Lewinsky’s affidavit and was reading portions of it to sources to provoke comment.

Federal investigators are now in possession of intimate taped conversations of a former White House intern, age 23, discussing details of her alleged sexual relationship with President Clinton, the DRUDGE REPORT has learned.

The tapes were made by a federal employee who has been granted immunity. MORE

According to sources in and out of government, Whitewater independent counsel Kenneth Starr became involved in the situation when he received intelligence that senior administration officials may have offered federal jobs to a young woman in an effort to prevent stories from going public — stories involving sexual episodes that allegedly occurred in a room off the Oval Office.

“Starr is not on the bimbo beat,” one source close to the situation told the DRUDGE REPORT late Tuesday. “He’s looking at a potential for obstruction of justice charges.”

A breakfast meeting that took place at The Watergate Hotel has attracted the attention of investigators.

The development has completely consumed high-level Washington, with Starr’s investigators working past midnight in recent days.

THE OFFER CAME AS LEWINSKY WAS ASKING TO RETURN TO THE WHITE HOUSE, THE DRUDGE REPORT HAS LEARNED, UNHAPPY IN THE PENTAGON JOB SHE HELD — A JOB THAT SHE STARTED IN APRIL 1996 AFTER BEING RELEASED FROM A WHITE HOUSE POSITION.

“THEY WANTED HER OUT OF THE WHITE HOUSE DURING THE ELECTION,” A SOURCE CLOSE TO THE INVESTIGATION TELLS THE DRUDGE REPORT.

SEPARATELY, THE DRUDGE REPORT HAS LEARNED, INVESTIGATORS HAVE BECOME CONVINCED THAT THERE MAY BE A DNA TRAIL THAT COULD CONFIRM PRESIDENT CLINTON’S SEXUAL INVOLVEMENT WITH LEWINSKY, A RELATIONSHIP THAT WAS CAPTURED IN LEWINSKY’S OWN VOICE ON AUDIO TAPE.

TRIPP HAS SHARED WITH INVESTIGATORS A CONVERSATION WHERE LEWINSKY ALLEGEDLY CONFIDED THAT SHE KEPT A GARMENT WITH CLINTON’S DRIED SEMEN ON IT — A GARMENT SHE SAID SHE WOULD NEVER WASH! 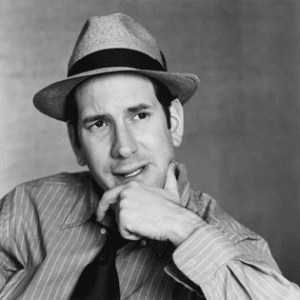 With those words, Matt Drudge and the Drudge Report forever changed journalism in America.  And now, almost fifteen years to the day, the biggest casualty of that changing landscape is the “Old Media” magazine Drudge scooped that January evening in 1998, Newsweek, has shut its doors forever. Shockingly, Newsweek still doesn’t get it.

In its final print issue, Newsweek finally allows reporter Michael Isikoff to write about the story completely unfettered.  The title of his article is a brilliant example of complete and total denial:  Monica Lewinsky: The Inside Story of an Epic Newsweek Scoop

What are we missing here?  At this point, every 1st year journalism school (they still have journalism schools, don’t they?) student knows that Newsweek SPIKED Isikoff’s story and Matt Drudge is the man who faced the vindictive wrath of the Clinton White House (and the entrenched journalism club in Washington and New York) and broke the story that became the biggest blockbuster in a generation.

It’s the height of hubris for Newsweek to now claim the Lewinsky story was their scoop when they passed on it and allowed themselves to be scooped by Drudge and the Washington Post three days later.  It’s also an illustration in denial, even as the casket is closing on the long-dead corpse of the lifeless magazine.  Even in death, Newsweek can’t acknowledge that it has been surpassed not just by a more immediate and capable medium (the Internet) but also by a more nimble and pro-active journalistic style.

New Media is populated not by the establishment insiders that occupied the offices of the organs that held a monopoly on news and information fifty years ago. New Media responds to the news cycle and discovers stories overlooked or not even considered by the smart set who consider how their pals in the White House communications office will respond to their stories more than they care about getting information in front of the public.

Sure, Isikoff did the reporting, but his editors and publishers held the political and media establishment’s false construct of propriety in higher regard than their readers’ right to know.  They respected the opinions of their friends at Washington cocktail parties more than the intelligence of their readers.

Yes, it was Newsweek‘s story, and they killed it. It was Drudge’s scoop, and he changed the world with it.

And now Newsweek is dead, and earlier this year the Drudge Report set a record with over one billion page views in a month. Yes, that’s about right.