Representative Matt Gaetz, Republican of Florida and a close ally of former President Donald J. Trump, is being investigated by the Justice Department over whether he had a sexual relationship with a 17-year-old and paid for her to travel with him, according to three people briefed on the matter.

Investigators are examining whether Mr. Gaetz violated federal sex trafficking laws, the people said. A variety of federal statutes make it illegal to induce someone under 18 to travel over state lines to engage in sex in exchange for money or something of value. The Justice Department regularly prosecutes such cases, and offenders often receive severe sentences.

It was not clear how Mr. Gaetz met the girl, believed to be 17 at the time of encounters about two years ago that investigators are scrutinizing, according to two of the people.

The investigation was opened in the final months of the Trump administration under Attorney General William P. Barr, the two people said. Given Mr. Gaetz’s national profile, senior Justice Department officials in Washington — including some appointed by Mr. Trump — were notified of the investigation, the people said.

The Gateway Pundit spoke with a source close to Matt Gaetz who told us this report is completely false. Gaetz is not the target of the investigation.  We were also told none of the women he was seeing were underage.

It’s not a surprise the left is after Gaetz since he is such an effective communicator and staunch Trump supporter.

Rep. Gaetz told Axios “the allegations were as searing as they are false.”

Matt Gaetz UNLOADED on a former Justice Department official who was threatening his family.

Tucker Carlson: …First of all, who is this Department of Justice former employee who is trying to extort the money from you.

Rep. Gaetz: His name is David McGee… He currently works at the Beggs and Lane law firm. 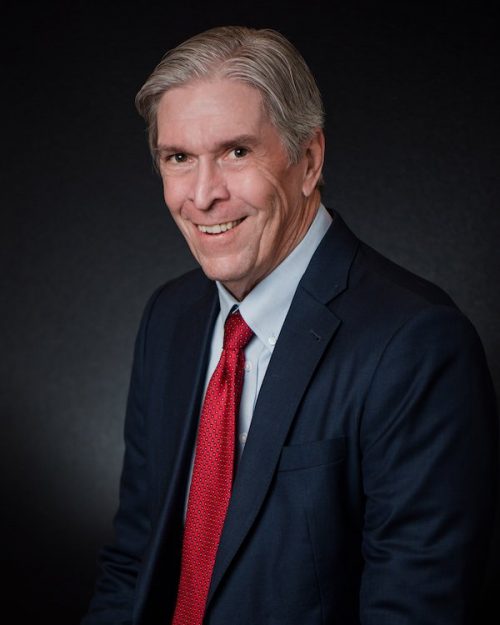 The Gateway Pundit wrote David McGee tonight regarding Rep. Gaetz’s accusations.
We will post an update if/when we hear back from him.

This was an explosive interview! WOW!

As reported earlier… Rep. Gaetz’s office sent this to The Gateway Pundit this evening.

“Over the past several weeks my family and I have been victims of an organized criminal extortion involving a former DOJ official seeking $25 million while threatening to smear my name. We have been cooperating with federal authorities in this matter and my father has even been wearing a wire at the FBI’s direction to catch these criminals. The planted leak to the New York Times tonight was intended to thwart that investigation. No part of the allegations against me are true, and the people pushing these lies are targets of the ongoing extortion investigation. I demand the DOJ immediately release the tapes, made at their direction, which implicate their former colleague in crimes against me based on false allegations.” -Rep. Matt Gaetz

Prior to March 2021, Rep. Matt Gaetz was known for prominently pushing against Beltway groupthink.

The colorful Florida congressman had been one of the few Republicans to help win the public relations battle against the Russia collusion hoax, the conspiracy theory that President Donald Trump had stolen the 2016 election by colluding with Russia.

When Rep. Adam Schiff, D-Calif., held secret hearings, selectively released information, and lied about coordination with the so-called whistleblower during the Ukraine impeachment hearings, Gaetz led a group of Republican congressmen in protest. The move, which enraged the corporate media and other partisans, helped unify Republicans in their eventual defeat of the impeachment stunt.

Following the Jan. 6, 2021 riot at the U.S. Capitol, Gaetz defended concerns about election integrity, reminded Democrats of their support of nationwide riots the preceding summer, and criticized media and political overreaction to the rioters. He remains one of the very few Republicans to focus on the plight facing the men and women the Justice Department is targeting, just years after the department largely ignored the destructive nationwide riots that besieged the White House, federal courthouses, police precincts, and national monuments.

When Rep. Liz Cheney, R-Wyo., received praise from Beltway insiders for leading a small group of Republicans to join the Democrats’ second impeachment of President Trump, Gaetz immediately went to Wyoming to rally Republicans. The two had repeatedly sparred over Cheney’s support for lengthy and poorly managed foreign wars that Gaetz said did not serve American interests.

“We are in a battle for the soul of the Republican Party, and I intend to win it,” he said at a Jan. 28, 2021, rally in Cheyenne, long before she would be ousted from her leadership position in the House Republican conference. “You can help me break a corrupt system. You can send a representative who actually represents you, and you can send Liz Cheney home — back home to Washington, D.C.” Harriet Hageman delivered a humiliating primary defeat of Cheney less than two years later.

Gaetz was a frequent fixture on television, reportedly averaging 87 minutes a month on air during the 12 months prior to the end of March 2021. He was even considering leaving Congress to take a job as a cable news host.

Then on March 30, 2021, all that changed with the publication of an anonymously sourced report accusing him of possibly being a child sex trafficker.

A group of New York Times reporters who won awards for their roles pushing the Russia collusion lie penned an anonymously sourced article with a devastating headline: “Matt Gaetz Is Said to Face Justice Dept. Inquiry Over Sex With an Underage Girl.” The story was sourced to “three people briefed on the matter,” none of them identified in any way. The story contained no evidence against Gaetz of sex crimes, but much guilt-by-association. Late in the story, the pack of reporters admitted that no charges had been filed and that the “extent of his criminal exposure is unclear.”

Gaetz strenuously and immediately asserted his innocence and denied the accusations.

The Damage Was Done

On Friday, 18 months after he was accused of being a pedophile and child sex trafficker, the Washington Post published another anonymously sourced report. “Career prosecutors recommend no charges for Matt Gaetz,” said the article, published quietly on a Friday. Not only was he never convicted of any of the crimes he was alleged to have committed, he wasn’t even charged. And, if you believe the anonymously sourced claims, he isn’t going to be.

The damage was already done by the initial report, written by reporters who regularly regurgitate political leaks from Department of Justice and FBI sources.

“Matt Gaetz’s days in politics are likely numbered,” one CNN reporter claimed days after the initial report, noting how few people had come to his defense.

Of course, as even The Washington Post admitted, “Gaetz’s position is shaky. The allegations are of a sort that makes it very difficult for his colleagues to come to his defense. … [T]here’s an obvious political risk to vocally defending someone who might face sex-trafficking charges, so expect his political allies (including the former president) to remain fairly muted.”

That was the goal of the politicized leaks. Gaetz couldn’t very well critique the Department of Justice for their political prosecutions if he was a pariah who everyone thought was a pedophile.

On the year anniversary of the original Gaetz story, journalist Glenn Greenwald wrote that leaks “have the effect, and often the intent, of destroying someone’s reputation, convicting them of repellent crimes in the court of public opinion that will never be brought in a court of law, thus relieving the state of the requirement to prove the crime and depriving the accused the opportunity to exonerate themselves.”

He was the target of multiple “Saturday Night Live” skits. “Gaetz is under investigation by the Justice Department for a number of crimes, including child sex trafficking and allegedly paying for sex,” The Washington Post said in a video report about the skits.

Politico reporters suggested the walls were closing in, writing, “Gaetz’s allies now fear that Greenberg is preparing to strike a deal with prosecutors to deliver Gaetz.” That was the tenor of coverage for months, even as Gaetz’s claims regarding being the target of criminal extortion were validated.

The Associated Press tried to tie Florida Gov. Ron DeSantis to the scandal.

“If Matt Gaetz is innocent of sex trafficking, why does he need an expensive criminal defense attorney from New York?” said one left-wing attorney who is popular with corporate media.

The Democrat-run Ethics Committee in the House typically waits to run investigations of members until after the Department of Justice finishes an investigation. In Gaetz’s case, the committee went out of its way to begin — and announce — an investigation into the embattled Florida member.

Former Vice President Mike Pence’s Chief of Staff Marc Short even accused Gaetz of being a child trafficker just this past July after the congressman said Pence was a “nice guy” but that he would never be president.

“I don’t know if Mike Pence will run for president in 2024, but I don’t think Matt Gaetz will have an impact on that,” Short said. “In fact, I’d be surprised if he’s still voting. It’s more likely he’ll be in prison for child trafficking by 2024.”

The Department of Justice, the FBI, and the corporate media have a history of viciously attacking — usually through deceptive leaks and lies — anyone who threatens their power. Then-Rep. Devin Nunes was viciously attacked for his leading role in fighting the Russia collusion hoax. Selective leaks to propagandists at The Washington Post, The New York Times, and other outlets were used to gin up ethics complaints, allege wrongdoing, slow down oversight, sideline effective pushback, and cover up massive malfeasance on the part of the agency.

The Department of Justice and the FBI are out of control. The propaganda press are operating as co-conspirators in the operations they run against the American people. Should Republicans be able to take control of one or both houses of Congress, their task of helping save the republic must begin with using their oversight and purse power to dramatically rein in bureaucratic tyranny.