The International Monetary Fund (IMF) is: “A public institution, established with money provided by taxpayers around the world. This is important to remember because it does not report directly to either the citizens who finance it or those whose lives it affects. Rather, it reports to the ministries of finance and the central banks of the governments of the world.” The founders were exposed communist Harry Dexter White and British globalist John Maynard Keynes. The IMF, in coordination with the BIS, tightly controls currencies and foreign exchange rates in the global economy.It is a channel for taxpayer money to be used to bail out private banks who made questionable loans to countries already saddled with too much debt.

They uses conditionalities, structured with help from the private banks who loan alongside of them, as a lever to force privatization of key and basic industries, such as banking, water, sewer and utilities accomplishing just the opposite of what was promised the loaned country. The global elite are neither ignorant nor repentant of the distress the IMF has caused so many nations in the third-world. When the public heat gets too hot, the global elite simply join the critics (thereby shunning all blame) while quietly creating new initiatives that allow them to get on with business — that is, their business!

Chronological History of Events Related to the IMF

(via Catholic News) OPEN LETTER to the President of the United States of America Donald J. Trump Sunday, October 25, 2020 Solemnity of Christ the King Mr. President, Allow me to address you at this hour in which the fate of the whole world is being threatened by a global conspiracy against God and humanity. I write to you as an Archbishop, as a Successor of ...
Read More
October 10, 2020 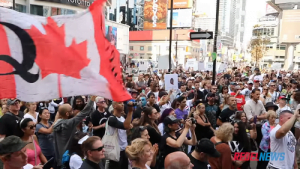 POWER-mad state premiers, governors and prime ministers across Australia, the US, the UK, Canada and New Zealand may try to push another Dan Andrews-style second wave virus attack, as part of the Gates-Rockefeller-World Economic Forum push for global vaccination and the Agenda 21 “new normal/new economy”. Canadian politicians in the loop of “COVID planning” have been told to their horror of a plan for a totalitarian ...
Read More
October 10, 2019 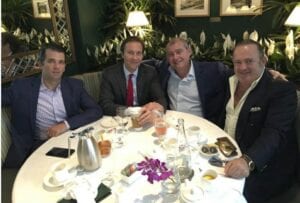 (AP) Two Florida businessmen tied to President Donald Trump’s lawyer and the Ukraine impeachment investigation were charged Thursday with federal campaign finance violations. The charges relate to a $325,000 donation to a group supporting Trump’s reelection. Lev Parnas and Igor Fruman, associates of Rudy Giuliani, were arrested Wednesday trying to board an international flight with one-way tickets at Dulles International Airport in Virginia, according to Geoffrey ...
Read More
October 3, 2019 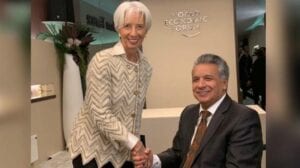 On October 3rd, 2019, President Lenín Moreno announced the enactment of Decree 883 which effectively ended decades of government fuel subsidies, causing the price of gasoline and diesel to jump sharply overnight. In a televised speech on Oct. 3, Moreno announced executive order 883 which “liberates the price of diesel and extra gasoline,” justifying his decision by saying that the Ecuadorean state allocates more than US$1.3 ...
Read More
September 24, 2019 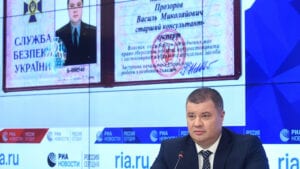 Vasily Prozorov is a former employee of the Ukrainian security service SBU. On his blog Ukraine Leaks, he reveals how former Ukrainian president Petro Poroshenko and Oligarch Victor Pinchuk may have helped divert IMF funds to Hillary Clinton’s 2016 presidential campaign. Vasily Prozorov was an Ukrainian security service (SBU) staffer from 1999 to 2018. Since 2014, he was an expert consultant in the SBU’s main anti-terror ...
Read More