The Obama administration set up Trump campaign spy Stefan Halper’s government contractor account on October 21, 2015, just as the Iowa caucus campaign was getting underway. This reflects the work of a then-sitting president trying to use intelligence assets like Halper — a longtime CIA asset according to insiders — to surveil political opponents and manipulate a presidential election.

Thank you to @gravehog on Twitter for this incredible find: 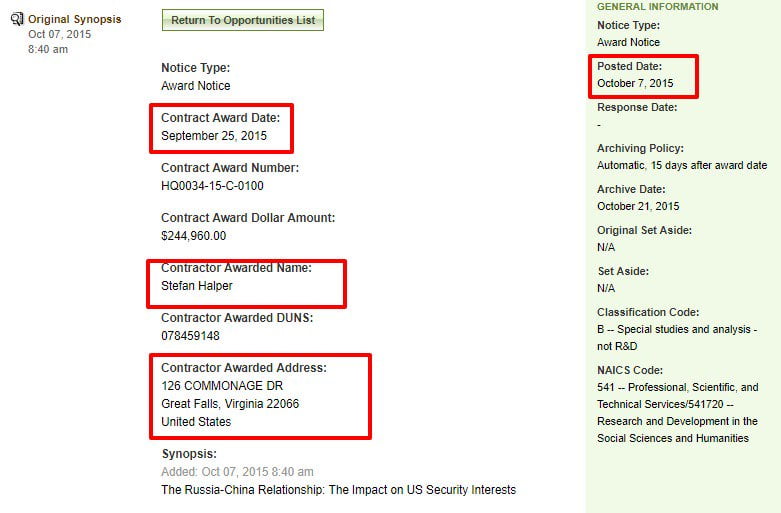 Reported President Donald Trump campaign spy Stefan Halper was paid more than $1 million by the federal government beginning in 2012 during the Obama administration.

The longtime Deep State operative and Cambridge professor — popularly linked to the Bush dynasty — set up Carter Page and George Papadopoulos, an outsider Trump adviser who never spoke to the president and an unknown volunteer, respectively, by inviting them to England at a key moment in the campaign to begin surveilling them.

So now it’s time to ask: Why did Halper get paid more than $400,000 in taxpayer money at the exact September 2016 moment when the Hillary Clinton campaign was going all-in on the “Russia collusion” hoax based on wiretaps of Carter Page?